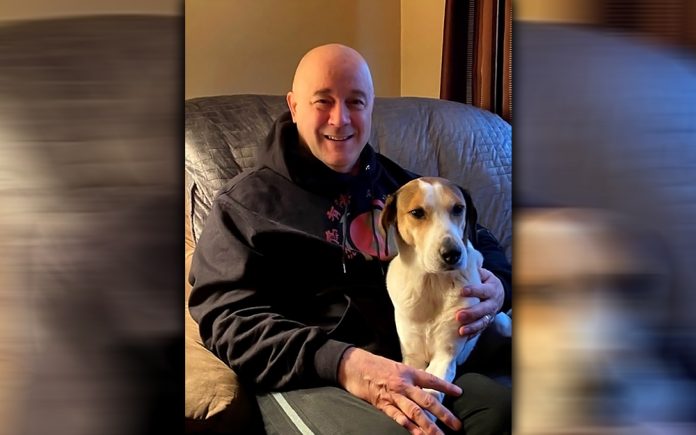 On June 29, 2021, Daniel Dwyer, the Beagle who inspired a movement to save countless other dogs and cats, lost his battle with cancer.  Thousands of people throughout mourned the passing of this “miracle dog”, and hundreds gathered for his Celebration of Life on Zoom to acknowledge the accomplishments of this once homeless rescue pup.  His human Dad posted this Walt Whitman quote on Facebook, “Happiness, not in another place, but this place….not for another hour, but in this hour.”

On October 3, 2011, this beautiful young Beagle was the 18th and final dog to be placed in a gas chamber at the public animal shelter in Florence, Alabama.  The dogs were terrified as they drew their last breath while the chamber filled with poisonous carbon monoxide.  When a shelter employee opened the door, he was shocked to discover the Beagle still alive, physically unscathed though very frightened.

In Judaism, the number 18 means “Life”.  Fate had other plans for the young Beagle. It’s one in a million chance that an animal could survive the chamber of death.  It was speculated that he may have found an air pocket.  The shelter staff believed his survival was an omen that he should have a second chance at life.

The story of the Beagle’s survival came to the media’s attention, and he was featured in newspaper and magazine articles. Eleventh Hour Rescue took Daniel into their program, and he soon appeared on Anderson Cooper’s cable television program.

The rescue organization wanted a special home for him, as hundreds clamored to adopt the now famous pup.  They soon found him a forever home with Joe Dwyer in Nutley, New Jersey.  They could never have imagined the history he would create with his new family.  Joe Dwyer is a motivational speaker, an ordained animal chaplain, a certified dog trainer, and author of several books including “Daniel the Miracle Beagle.”

Daniel entered the Dwyer’s home where four sibling dogs awaited him.  The dogs all had different personalities, but Daniel blended with and adored them all.  His example of acceptance and love for others despite their differences teaches us an important lesson.

Joe named his new dog “Daniel” after the Biblical character Daniel who survived the lions’ den.  The Bible verse Daniel 2:22 tells us, “He reveals deep and hidden things.  He knows what lies in darkness and light dwells with him.” Joe and Daniel never forget the 17 dogs who perished in his chamber.  Those who have suffered often have heightened empathy. They never forgot the millions of dogs and cats that still perish by lethal injection in shelters in every state, often loving and adoptable creatures for whom no one came in time.  Sometimes there is not enough space in public shelters, and the animals whose only crime is being homeless pay the ultimate price.

Joe Dwyer discovered that in 2011 there were  21 states where inhumane gas chambers were still legally operating in public shelters.  It’s a horrific way to die.  I cried reading the details of this lengthy and cruel procedure.

The dynamic duo of Joe and Daniel became advocates, traveling across our nation, speaking out against the use of gas chambers for euthanasia.  The Hero dog was featured on a 2014 Pasadena Rose Parade float that educated millions of Americans about the death chambers.  The float experienced a slight delay when Daniel, always cognizant of others needing comfort, ran over to spend time and kiss a woman in a wheelchair.  Daniel’s mission earned him a “Hero Dog Award” from the American Humane Society.  Joe Dwyer and Daniel lobbied and testified before legislators.  They visited school children where Daniel was a beloved hit.

Their efforts paid off when animal lovers, including those in political office, were shocked to learn how animals were treated.  By 2020, only four states, Ohio, Wyoming, Missouri and Utah actively used gas chambers for homeless animals.  The day Daniel passed away, Ohio outlawed gas chambers in its shelters.

Daniel’s veterinarian told Joe that toxic chemicals from the gas chamber may have been a contributing factor to Daniel’s getting cancer years later.  These days, Joe Dwyer has expanded Daniel’s mission to include a battle against the toxins that harm all living creatures.  These include the physical toxins such as pesticides, alcohol & drugs and emotional toxins such as bullying and depression. 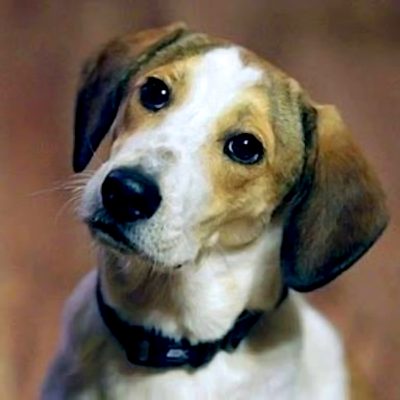 God sent us dogs, angels with wings, to teach us humans many lessons including unconditional love and the importance of living in the moment.  Surely they go to heaven when they leave this earth.  Animal lovers understand the miracles dog create for us…..they instinctively comfort the sick, their heightened senses locate missing people, and they perform miraculous tasks for humans with disabilities.  The list goes on.  We owe it to them, and to ourselves, to create a “No Kill” country.

Joe tells us, “Each year, more than 670,000 dogs in this country die in shelters.  While Daniel’s survival helped so many lives, his death must not be in vain.  Daniel’s story lives on in each dog who sits in a shelter today, waiting for their human to come get them.  Want to remember Daniel?  Go to your local shelter and adopt a waiting dog.”  The crisis for cats is even greater.  If you can’t adopt, foster or volunteer for a shelter or rescue.  No time to help?  Donate to a local reputable animal welfare organization.

Joe Dwyer is determined to carry on and expand Daniel’s mission.  Like DANIEL’S DREAM Facebook page and follow the dream that must continue.  Check out their websites www.danielsdream.org and www.joedwyerjr.com.  Hug your own dog, observe him carefully, spend more time with him, take him someplace new, experience what he teaches you, and share his joy from living in the moment.