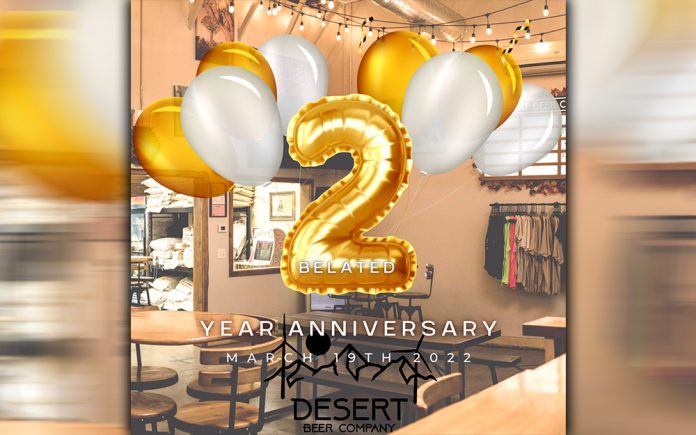 By any stretch of the imagination, Devon Sanchez has every right to be even more bitter than Devostation, his current Triple IPA. Devon followed his dream to open a brewery in Palm Desert to, “serve up delicious brews for the growing population of craft beer drinkers in the Coachella Valley”. Sounds simple and straightforward, right? 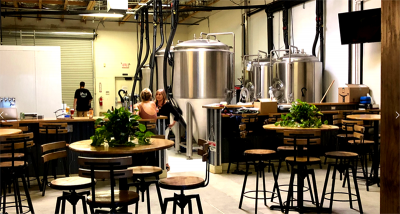 With a well-written business plan in hand, Devon found an excellent location on Country Club Drive and Washington; freeway close with a neighborhood atmosphere in Palm Desert. As the build out on the brewery and tasting room were completed, the brewery was launched with much fanfare in July of 2019.  The well-appointed tasting room is nicely lit, seats a large platoon, and nicely showcases the brewery behind the bar.

Fast forward eight quick months to March of 2020 and Covid would rear its ugly head. Restaurants, including tasting rooms of breweries and wineries, were forced to shut down in an effort to slow the spread of the global pandemic. Devon and his fledgling brewery were put on the ropes before even completing year one. Shutting down their only revenue stream looked like certain disaster; spot decisions regarding how to remain afloat needed to be made and implemented with urgency. 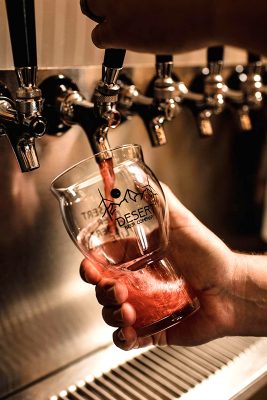 Pulling into Desert Beer Company today, verification of the saving pivot still remains; evidenced by the ‘Curbside Pickup’ parking signs occupying the key spots in front of the business. Beer to go in the form of 64-ounce glass growlers arrived to save the day as family, friends, and regular customers ordered for pick-up to keep the new ship afloat. Over time, as pandemic restrictions slowly rescinded, Desert Beer Company was able to open their doors to the general public again.

Today’s version of the tasting room lives on and popularity continues to increase. The family-friendly environment includes sodas for the little ones and cold-brew coffee for non-drinkers and designated drivers alike. Games of every type are also available for the entertainment of all. There are now 20+ beers on tap at all times and the creativity continues to skyrocket. 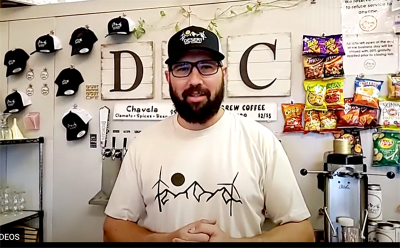 Devon and his team keep the tasting room hopping with events and rotating food vendors on most nights. Pop-up Hoja Blanca will sandwich this weekend’s anniversary event by appearing on Friday night and all-day Sunday. I had the good fortune of experiencing their unique take on Chicharrones as well as their over-the-top Chicken Tinga Tostada last Sunday. Popping off Pies, Taco Tuesday with Tacos El Panda, and Yucca Potato House are also frequent visitors, so foodies are never left out of the mix.

In addition to pop-up food, entertainment abounds at Desert Beer Company. Paint Night at the brewery has become a big success with the next event scheduled for Wednesday, March 30th. The entertainment schedule varies, so follow them on Facebook, Instagram, or Twitter for upcoming events. Better yet, hit their website at DesertBeerCompany.com and join their newsletter to be the first to know about all upcoming events and new beer releases.

All of this allows us to circle back to Devon’s belated Second Anniversary, an event which should have occurred in July of 2021. Never mind that this celebration has been postponed for well over eight months…keep in mind Desert Beer Company never had the opportunity to celebrate their first anniversary due to the global pandemic. Trust me when I say that Brewers take their anniversaries pretty seriously, and this might be the greatest feat of delayed gratification ever witnessed in Coachella Valley beer history.

With so much going on with re-opening in 2021, Devon and staff held off the celebration for this Saturday, March 19th. The festivities will begin at Noon and continue through the day until 10pm. You can expect to find new beers on tap, raffle prizes given away throughout the celebration, and KUMA Catering, a supporter of all brewers in the Coachella Valley will provide the type of eclectic menu which only they can deliver.

Live entertainment will begin around 1pm and continue until the sun goes down or the neighbors begin to complain, whichever comes first. The gig will be emceed by Ben Crowson and musical performances will include David Macias (Machin), Mikey Reyes (Mikey Reyes Beats & Rhymes, and other special guests.

I wish to close this column by taking a moment to give special thanks to Devin. I officially arrived on the Coachella Valley brewing scene in October of 2020, and life as the new brewer on the block can be quite intimidating at times. While all of the brewery owners and brewers have been gracious, nobody has made me feel more welcome in this community as Devin Sanchez. As stated in my opening, he earned every right to be incredibly bitter about the hand dealt to him by Covid. Not only has he found a way to flourish, he has done it with a grace and passion which I can only admire. I’m proud to call him a colleague, but I’m even prouder to say that he is a great friend and an inspirational family man worthy of this praise. Well done my man and Happy Anniversary…may this be the first of many!

(When Ed Heethuis isn’t brewing at Spotlight 29 Casino for 29 Brews, you will find the Certified Cicerone / Brewmaster out on his road bike trying to rebuild a balky old knee or talking beer with the patrons at Taproom 29. He may be reached at: heethuis.ed@gmail.com or wherever beer may be found in the wild.)