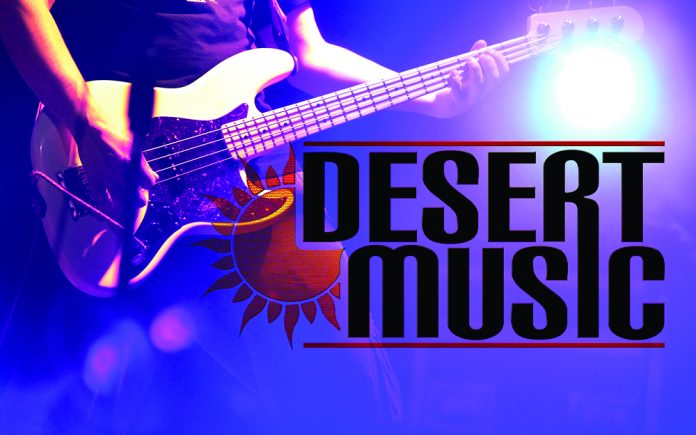 Provoked is swiftly back from his full album ProvokedPoetry (2020) with the EP Synchronicity, five songs that coexist rhythmically and, as he will share, seem to be calculated arrangements.

Here’s my quick convo with the contemporary Coachella Valley rapper and my review of the EP follows.

CVW: What an emotive and introspective Provoked EP. Tell us a little more about “Synchronicity” the EP.

Provoked: “Each song just happened and was developed in consecutive order and this is how it is intended to be listened to. I really didn’t purposefully put any thought into the order, but it works and feels like it was already decided.”

CVW: There is a need for harmony and peace right now in the world we’re living in. How much has synchronicity played a part in your life?

Provoked: “I’ve been experiencing synchronicity to the heaviest degree for so many years. These consecutive signs have been the craziest thing, it’s so heavy. I feel like I’ve been attacked by signs, but in a good way. Smothered, not just me seeing them but my friends too! It’s ‘universality’, everything is connected, it happens on a regular basis, it means so much to me, some people believe it’s God’s way of speaking to you, everyone who is close to me is seeing it, it’s confirmation, I’m not surprised anymore, I just have to try my best.”

CVW: Music is not only the universal language but the transcendental comprehensive healer. How has it helped you in your life and struggles?

Provoked: “Music has been a huge help in my life. This is the first time I’m really mindful of it being therapeutic. I don’t think I’ve had this much emotion in making an album, I surprised myself, the whole range of emotions, it goes back to synchronicity. I’m excited, I’ve finally gotten to the point where the content is there, I just have to do all the other stuff. I’m focused on putting my music in front of more audiences and as many platforms as I can.”

Synchronicity was produced by FloAticz and mixed by Source1st with art direction and design by Ivan Canevaro.

The EP can be found on all platforms.

Provoked starts off the EP with roundhouse of a song. Each release, he reminds his audience in a not-so-subtle manner that he has a purpose. Here he takes another look at his humble beginnings as a battle rapper to now, a sought after Hip-Hop headliner who demands the spotlight and brings out the spectators. He reasserts, “I got it locked when it comes to the performing part, catch me all up on that stage, I was born to start”.

With what sounds like a Yes musical intro and hook, the song reveals the peril of immorality and the triumph of virtue. Provoked confesses, “That’s bullshit, I know the Devil’s attacking me, I got nothin but support from my friends and my family”. The battle between good and evil is traversed every day and Provoked thoughtfully observes this. “This life is crazy…all it is, is pushing through it”. Provoked makes his way through by the grace of God.

The dark and fearful keyboard intro and outro sets the character of the track. A reminder that things can become senseless but we can recommit our conviction to make strides. In the song, Provoked tells of the current happenings and his response: “Global pandemic, causing economic crisis, I got the fear of God no need for me to fear what life is.”

Here Provoked shares about the higher plane he experiences through his daily life and how he is spiritually connected. The song is subtle and sublime in its impression. He reminds us of what’s most relevant. “‘cause I know what matters most, how many times I got to tell ‘em keep your family close…’cause in the end love is all that remains, I want to be there to comfort you through all of the pain.”

Provoked has a lyrical approach of expressing himself through his music in a method that does not infringe on your own interpretation. Here he talks of manifestations in life and what they really mean. “Life’s a trip homie, it’s all one big puzzle, put the pieces together and make sense of the struggle.”

THE FLUSTERS – WE WERE YOUNG 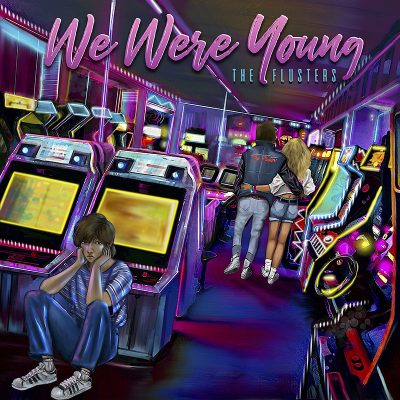 Coachella Valley-based band The Flusters announce the release of their new single “We Were Young”. The single is set to release on Friday, June 5, 2020 on all major streaming platforms via theflusters.com

Since performing at the 2016 Coachella Valley Music and Arts Festival, The Flusters have toured nationally and have become an iconic symbol representing the Coachella Valley. Their newest single shows how far they have developed and their respectable capturing of the sentimentality of Pop-oriented 80’s New Wave music. If you want to “feel” like you were in the Eighties, this is your DeLorean.

“We Were Young” is the band’s first release since their 2019 debut album Dreamsurf and reflects a departure from their traditional, Retro/Modern Indie/Surf sound.

CVW: There’s a lot going on in the world and it’s not music business as usual is it?

VanSant: “We plan to take our first day’s sales from the song and donate to peaceful protesters unfairly detained who can’t pay for bail. ActBlue is a nonprofit fundraising platform that helps campaigns, organizations, and nonprofits connect with grassroots donors across the country. They will take our donations and disperse them across 40 funds occurring in different states. We have to be mindful of the moment.”

CVW: That’s an honorable act and it celebrates the life of George Floyd while lending help to the movement.

VanSant: “You can please yourself and your own heart. I have to be true to my heart and true to the climate of the country and I landed on something that will allow me to sleep tonight.”

CVW: “We Were Young” takes me to that 80’s dimension, not only in style and sound but in the affection and inflection of the lyrics. If John Hughes were still alive, this song would be on the soundtrack of his next movie.

VanSant: “It’s a nostalgic 80’s pocket. 30-40 year olds look to that era as a safe place, even if you weren’t born then, it has a safe feeling, even for the younger people. I’ve always wanted to write New Wave music. I love artists like Tears for Fears, The Cure and Echo and the Bunnymen, they have been lateral interests of mine.”

CVW: The song is great and that sax playing dovetails nicely. Tell us about your bandmates and the supporting cast.

VanSant: “For ‘We Were Young’ Daniel Perry sequenced drums hit for hit and a lot of percussion, Danny White wrote an amazing solo, Aaron Merc was astounding on sax, Mario Estrada wrote the bass line that started the song and wrote lyrics to the bridge. It was co-produced by Will Sturgeon and myself, he mixed it at The Sturdio.”

CVW: Will the new album contain more of songs like “We Were Young”?

VanSant: “I’m falling into the genre; I have 6-7 more songs in the same style. As our sophomore release, we are paying tribute to music I’ve always wanted to do. This is the first single of many of a new progression. “We Were Young” took a year, it’s a new writing process. We were gonna release it in early May, with a string of shows but we all know what happened. It has that summertime jam feel, it’s New Wave inspired. The next single, “Who Cares,” will follow this up, and is very much in the vein of Drive by The Cars.”

CVW: How have The Flusters managed the quarantine and not being able to go about your music business?

VanSant: “The time away makes us so much better, it’s been great to unplug from that and be creative again and sharpen our tools a bit. Rest assured we’re stoked to get back to live performances. We recently performed again for Jam in the Van to benefit the Sweet Relief Musicians Fund and it was great. The funds are used specifically for musicians and music industry workers affected by the Coronavirus. We hadn’t played for two months but we stepped in and did great.”

The Flusters – Jam in YOUR Van Live Feed Fundraiser 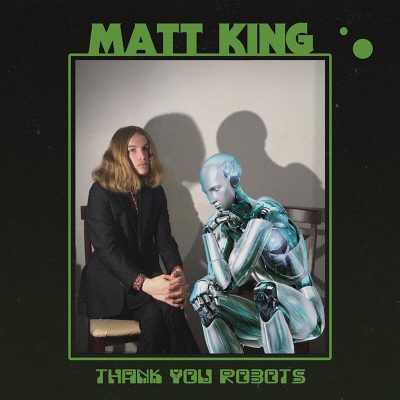 I’m convinced that Matt King (FrankEatsTheFloor, The CMFs) is the misbegotten son of Herbie Hancock and Weird Al Yankovic. His first solo single, “Thank You Robots” is available now on all music platforms and the official live action/animated video is on his YouTube channel (see below) featuring animation by Brandon Villagrana and cover art by Alyssa Mendoza and Danny Graham. The song is a Disco-dance and Funk-nasty trip. For his age, King is a brainy and astute musician who has likely lived a past life as a member of Parliament Funkadelic.

CV Weekly spoke with King as he preps the release of a full album.

CVW: Congratulations on your first single as a solo artist. What do you want to share about this new pursuit?

King: “‘Thank You Robots’ is my first venture into making music entirely on my own. I’ve spent the past few months creating and learning how to use my home computer to record music. I have over a dozen songs completed and am planning to release a full album in August. I will be releasing my next single in June.”

CVW: The premise of the song is hilarious and shows your playful side.

King: “‘Thank You Robots’ is a comedy Funk song about robots trying to make a Funk song. Just trying to have fun and make people laugh. My next single is a reworking of a FrankEatsTheFloor original ‘School Food Sucks,’ which will drop June 19, 2020. My album will consist of Punk and Funk songs, with some comedic lyrics throughout each track.”