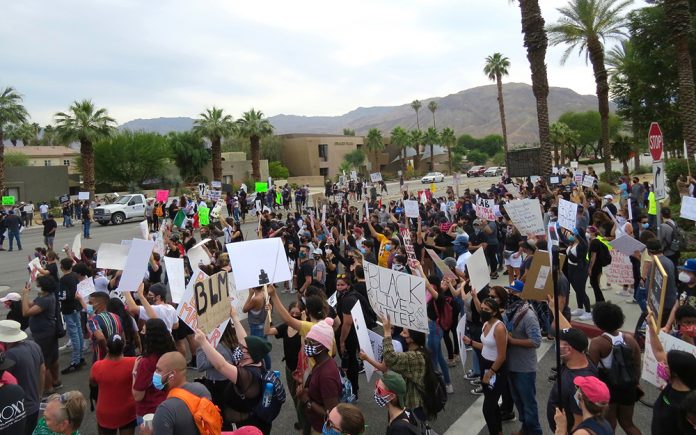 Following a wave of protests taking place across the country, an upwards of four hundred people gathered at the Palm Desert Civic Center Park on June 1 to demonstrate against police brutality and honor Black Lives Matter.

The march was organized by a group called Coachella Valley Activists. Though they were initially anonymous online, their Instagram page states that they are a group of friends comprised of different races who wish to have their voices be heard across the Coachella Valley without invoking any violence. 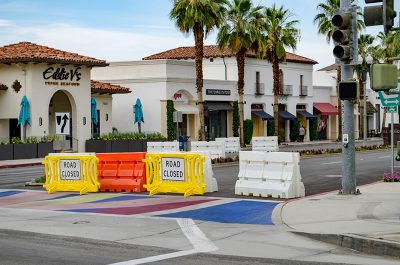 The protest was originally planned to take place on El Paseo, but suspicions were raised by locals who felt that the enigmatic group was organizing the protest as a set-up to loot and riot along the famed shopping district. Rumors circulating about busses filled with out-of-towners also fueled the fear of the community, with store owners boarding up their windows and closing on El Paseo.

To quell any concerns or doubts about their legitimacy, Coachella Valley Activists changed the protest location to the Palm Desert park to demonstrate by the City Hall. They also encouraged participants to wear face masks and take all necessary precautions to prevent the spread of COVID-19.

“We listened to all of your concerns and we want to make the changes appropriate. We have every intention for a peaceful, legal, and life-changing protest to take place. We need to have each other’s back, but also hold each other accountable to reduce the chance of mayhem,” the Coachella Valley Activists stated in an Instagram post.

5 p.m. to 8 p.m. was the original time that the protest was to take place, however, Riverside County issued a curfew order that started at 6 p.m. and lasted to 6 a.m. the following morning. The protest was then bumped up an hour earlier, from 4 p.m. to 6 p.m. to comply with the curfew.

The growing group marched through San Pablo and Fred Waring, chanting the names of those killed by police brutality, including George Floyd. They also kneeled and took a moment of silence to honor the fallen. 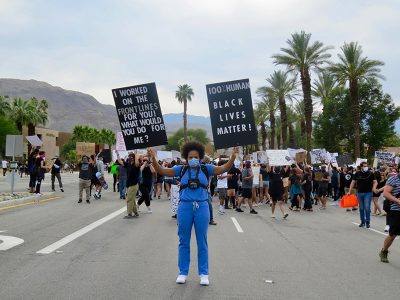 The protest remained non-violent and extended an hour and a half past the 6 p.m. curfew. Law enforcement was present to keep the crowds at bay. After protestors repeatedly asked them to kneel in solidarity, one officer obliged as a show of support. At 7:30 p.m., dozens of Riverside County Sheriff’s deputies armed with non-lethal weapons moved in and pushed crowds off the streets, threatening arrests if they did not return home.

Footage found on social media shows what appears to be a smoke bomb used by the deputies to get the remaining people to leave. Despite initial fears of a violent protest, the Coachella Valley Activists’ demonstration proved to be a local-oriented display of peaceful compassion and voices that refuse to be silenced even in the midst of chaos.