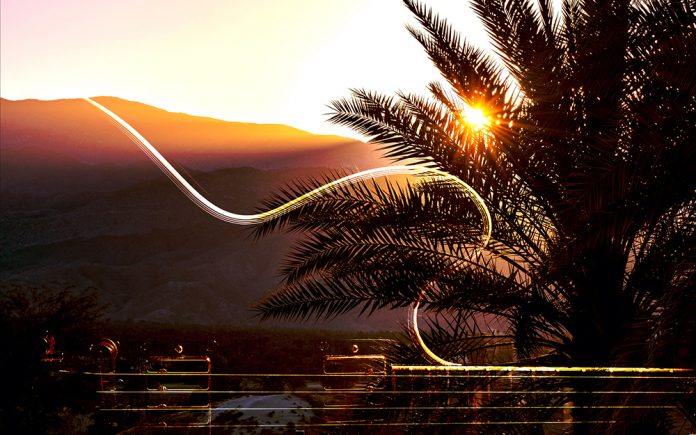 STEEL GUAPO HIMSELF “I Feel At Home”

Michael Gafrancesco is Steel Guapo Himself. The vocalist/guitarist recently released his first single, ‘I Feel At Home’ on all major music platforms. Described as “Killgrass/315Americana” the music is profound and the vocals are resonant.

Gafrancesco is best known as “Shred Bundy” of the popular Punk/Psychobilly four-piece The Butchery Boys. Formed in 1992, Marcus Bush (Marcus E. Ville), Colin Hood (Colin D’Morgue), Tony Gafrancesco (Tone Death) and Shred Bundy performed throughout Southern California and were often deemed “Horrorbilly” for their bloody, first-person and crime-based storylines from their own demented minds along with history-driven tales of lawlessness and terror from Jack The Ripper to Bonnie and Clyde. A sort of Butch Cassidy and The Sundance Kid, the Gafrancesco brothers wrote, ‘I Feel At Home’ while living in the desert.

He describes his journey, “I traveled 2,621 miles to the desert to meet the Devil only to find his greatest trick. I’ve dug ditches in 120 degrees. I’ve played dive bars that would make the holiest of men dance with a corpse on top each of the Ten Commandments. I am original sin. I am Steel Guapo”. 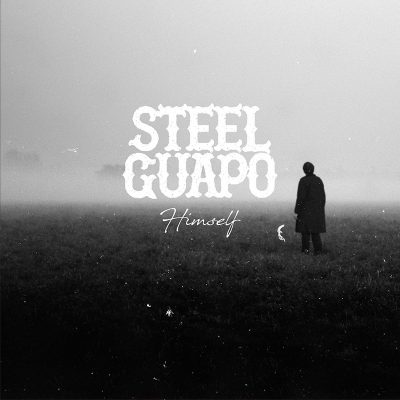 ‘I Feel At Home’ is intentional with a self-evident confidence in its guitar work. Hints of Metallica’s ‘Nothing Else Matters’ comes to mind but Steel Guapo takes you even deeper beneath the malaise. “A car drives by, well they didn’t notice us, the sun in our eyes, it’s taking a toll on us”. When we are in solitude and long to be with our own thoughts, this song provides the backdrop for internalization and reflection. Clocking in at over five minutes, it’s perfect for a quick rumination session. 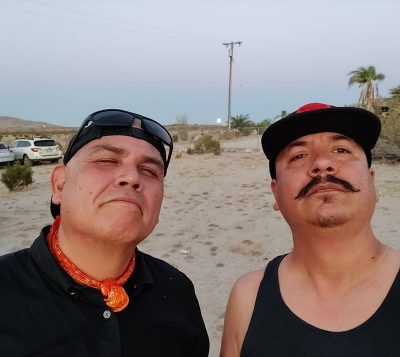 Desert Rock band Whiskey and Knives has welcomed big-time bassist Armando Flores to the fold. Much like previous illustrious bass players Mike Smith and Travis Rockwell, Flores fits right in as he has been a part of standout bands like Se7en4, Lung Cookie and B-Movie Superstars. Its line-up consists of former Kyuss and Queens of the Stone Age drummer Alfredo Hernandez, guitar wiz Jon Arnold and perpetual vocalist Jason Baseley.

Whiskey and Knives was formed in 2007 as a warning to bloodthirsty Grizzly bears. A former member came up with the name during a camping trip where the question was posed, “What if a bear tries to attack us? We have nothing to protect ourselves except for this bottle of whiskey and some knives.” There have been no reports of bear attacks since then so it seems bears everywhere have taken heed. 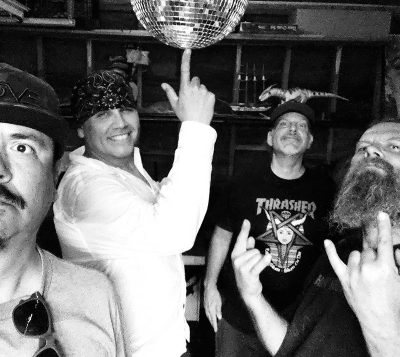 Flores is pretty stoked at the opportunity. He shared, “I’m super-stoked to be playing with Whiskey and Knives and ‘Desert OGs’ Jon Arnold, Alfredo Hernandez and Jason Baseley! They have been bringing Desert Rock and Punk Rock vibes to the desert scene for ages! It’s been years since I’ve played in a hardcore act and these guys bring it every time!”

Having seen video of the band performing with Nick Oliveri in Sky Valley, CA not long ago makes me long for their first big post-pandemic gig. 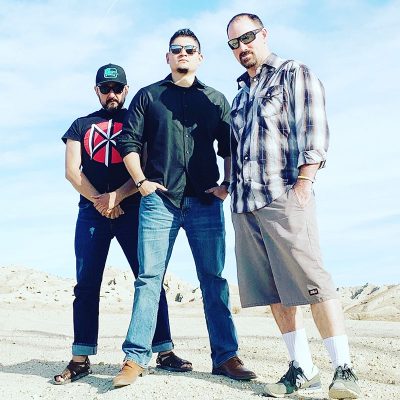 The Rock trio Mother War hail from Indio, CA. A group of high school teachers who started playing music to “blow off steam” quickly realized that they had a genuine chemistry so they decided to form a band. Performing a blend of Rock and Blues in English and Spanish, the band continue to work on music during quarantine in order to release an album very soon.

Mother War is Mario (English teacher) on guitar/vocals, Ricardo (History teacher) on bass/vocals and Matt (Science teacher) on drums/vocals. The band previously played several venues in the desert, a show in Oregon and the Coachella Valley Virtual Music Festival.

If you rejoice in the instrumentation of Joe Satriani, you will take delight in Billy Tsounis. The Berklee School of Music alumni, talented rock guitarist, composer and multi-instrumentalist has taken his Psychedelic-Jam-Space-Rock and has abstracted the Blues-based tune ‘Magic Blob Boogie’.

It may only be 2 minutes and 26 seconds of music but it packs a wallop of galloping Blues. As with his prior moniker, Billy Tsounis And The Amazing Androids, Tsounis writes and performs all-instrumental music. He has performed a considerable amount of session work and teaches music at the Temecula Music Academy and the Harvard Street Music Exchange in Hemet, California.

Originally from South Africa, Tsounis is also a member of the East Coast Sleaze Rock band Circus of Power. With original vocalist Alex Mitchell and John Sharkey on bass, the band recently released their new EP ‘The Process of Illumination’ to gushing reviews from longtime fans and music pundits alike (see video link below). 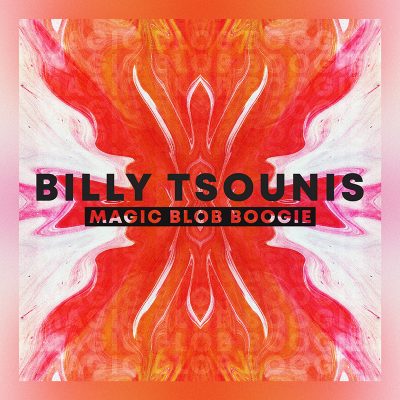 For ‘Magic Blob Boogie’, Tsounis plays all guitars on the track. The rhythm parts are a joy to listen to as much as the lead guitar. Tsounis previous work with Billy Tsounis And The Amazing Androids is unique unto its own and this is even more excellent. If you were to envision a ‘Magic Blob Boogie’ I would imagine this is the music you would be dancing to. Please find Tsounis and support his work.

Find the track on Spotify, Apple Music and all other major music platforms.

Dedicated to the first responders and the essential workers fighting against COVID-19.