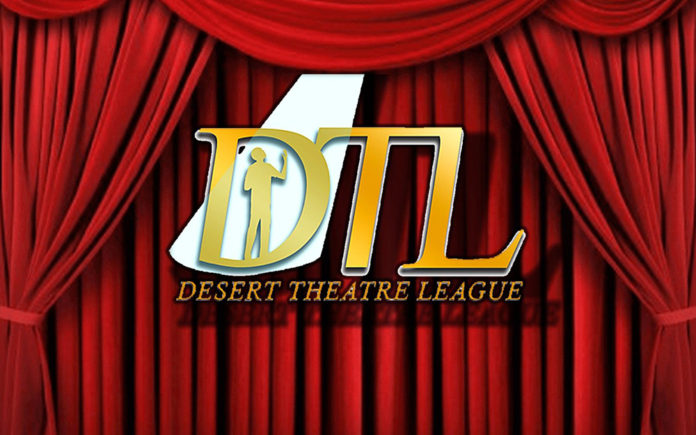 The name Antoinette Perry, may not be a common household name, but few have not heard of the Antoinette Perry Award, otherwise known as the ‘Tony,’ the ultimate award for excellence in New York Theatre. These awards began in 1946 and have continued for over 70 years to honor actors, directors and playwrights who excel in the theatrical world.

Giving accolades for outstanding work in the theatre is not limited to the city limits of New York.  Most cities have their own version of acknowledgment for their theatrical artists and in the Coachella Valley, the ‘Desert Stars Awards,’ are given by the Desert Theatre League, as symbols of success by desert theatre artists.

In 1987 Desert Sun columnist Bruce Fessier, had been covering the Coachella Valley theatre scene since 1979 when it was comprised solely of the Valley Players Guild and a theatre course being offered at College of the Desert.  Live theatre was not a booming industry in the desert at that time, but by ’87 there were a dozen theatre groups in the Coachella Valley and Fessier wanted to find a way to unite them.  He wrote a column suggesting that the theatres form a league.  Within a short time he had come up with the idea of an awards show that would bring everyone together, and the ‘Desert Stars Awards,’ was born.

The Desert Theatre League, (DTL) formed a 501c3 nonprofit with the mission of supporting and cultivating theatre in the Coachella Valley and has since its founding, has produced the annual awards dinner. In addition to their awards ceremony, the DTL also awards scholarships for advanced study in the arts and an emergency financial aide fund for members in serious need. 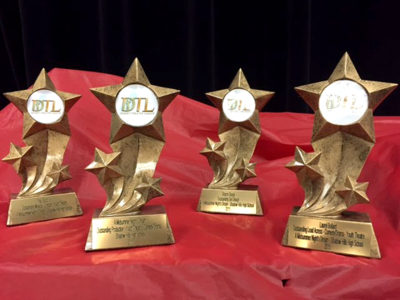 Recognizing talent and honoring the creative work of theatre artists is a critically important service.  The Coachella Valley is fortunate to be the home for many talented performers and exceptionally hard wording theatrical organizations. The Desert Theatre League includes all levels of artists in their annual recognitions.  From Professional theatres to High School productions, staged readings to fully staged productions are all acknowledged and awarded for their work, in addition to recognizing those who have made continuous contributions to the Desert’s theatre community.

The list too extensive to include, but please take a look at  DTL’s site for the award categories and nominees. https://deserttheatreleague.org/2018-nominees.

This year’s awards dinner and ceremony will be held in Sun City, Palm Desert on Sunday October 14. Reception and check-in begins at 4:00pm.  The event is sold out, but if interested please get on the waiting list.

For more information on The Desert Theatre League, check out their website at: https://deserttheatreleague.org

Actress and legendary acting coach, Stella Adler said,  “Life beats down and crushes the soul and art reminds you that you have one.”   There’s nothing like theatre and the artists who bring magic to the stage.