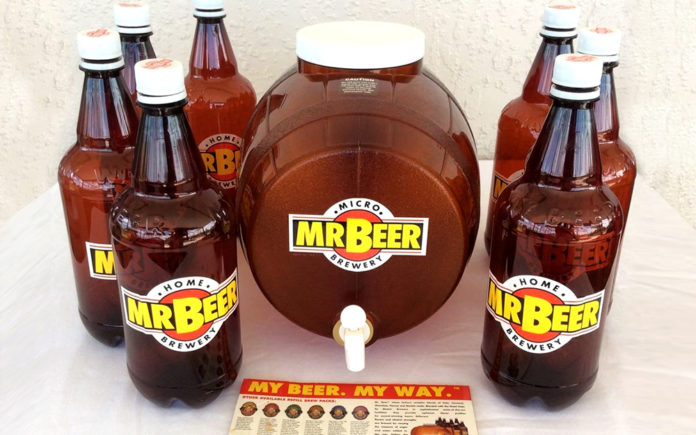 A few miles apart from each other just east of San Bernardino are a trio of breweries; Hangar 24, Escape, and Brewcaipa, where I’m the head brewer. Prior to becoming Brewcaipa’s head brewer, I was the assistant brewer at Babe’s Brewhouse in Rancho Mirage. Prior to that, I was a home brewer who’d racked up seven medals with my original recipes over three years in various amateur homebrewing competitions. And prior to THAT, I had a girlfriend who’d bought a last-minute Christmas gift that she’d hoped might be a fun project for me.

Most people working in a trade got their start by apprenticing or going to trade school. Me? I got mine through Target’s clearance section. 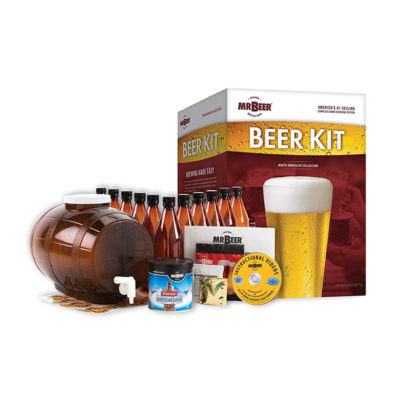 It’s janky as hell to me now, but back in 2005, my first Mr. Beer kit seemed like the best Christmas present ever (SECOND best Christmas present ever actually, after the “Dissect an Alien” toy I got when I was eight years old. You’d open its stomach up with a toy scalpel and pull out all these little organs that were covered in slime; I was obsessed with that toy line. You were supposed to figure out how to put all the organs back in, puzzle fashion, but my little brain wasn’t interested in that, and promptly lost all the little organ pieces.  I’m still scouting eBay to own that piece of childhood nostalgia once again). Packaged in a tall cardboard box was a brown plastic replica of a beer barrel, a bunch of plastic soda bottles with screw on caps, a can of hopped wort, packets of sanitizing powder, and dried yeast. The instructions were to boil the syrupy contents of the can with a couple gallons of water, pour into the (sanitized) plastic barrel and mix the resulting concoction with yeast. You’d sit and watch it ferment in your closet for a couple of weeks, dreaming of the day you could proudly pop a bottle of your own brew whilst gazing proudly off into the sunset; wondering what to name the brewery you should be opening with the amazing new skill set you’d acquired.

So, after two long weeks of watching your beer ferment in the little barrel, you’d have to add sugar to the mix to get the yeast working again, then immediately bottle it, and wait another long, agonizing two weeks for it to carbonate and condition in the bottle. And finally, after 28 seemingly endless days, you’d finally get to crack open a bottle and take your first sip. And invariably, it would always taste like getting socks for Christmas.

Not a complete letdown, but joyless and unexciting (unless you love getting socks for Christmas, in which case you’d have been happy watching paint dry instead of trying to make your own beer). You’d have waited a whole month just to taste beer that reminded you of Miller Genuine Draft’s blander cousin. My only saving grace was that Miller Lite was my beer of choice when I made that first batch of Mr. Beer, so I didn’t find my results to be all that awful. About a year later I bought myself another kit and proceeded to make my second batch of mediocre beer, and the whole experience was so underwhelming that I never bothered to make a third batch of beer for nearly four years. 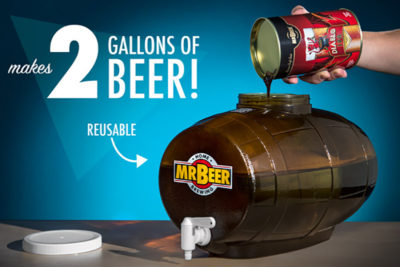 A quick internet search shows that Mr. Beer is still around, rebranded as a “Craft Beer System” instead of calling itself “a home microbrewing kit” like it did in the mid-2000’s, and they’ve made some necessary adjustments to keep it contemporary (the newest IPA kits even come with hops. What a novel concept when making a beer, smh), but there’s no way in hell that I can recommend Mr. Beer to anyone curious about brewing for the first time. While easy enough for anyone to tackle, it skips many fundamental steps that gives the user a better tasting finished product. At no point do you ever know what the ABV of your Mr. Beer made suds are going to be, and aside from the newest and most premium kits, you get a single can of hopped wort, generic yeast designed for shelf stability and not flavor, no hops, and no real understanding of how the brewing process is supposed to work. What you’re left with is a low alcohol and thin bodied beer, and the understanding that beer is made by “magic”. It’s fine for 21-year-old college kids who don’t have the space or money to make a real beer, but for everyone else, stay away.

I’ll give you advice on the best kits for brand new brewers in an upcoming column. I just returned from Ace Hotel’s Craft Beer Weekend and cannot wait to share all the good stuff that went on this year.