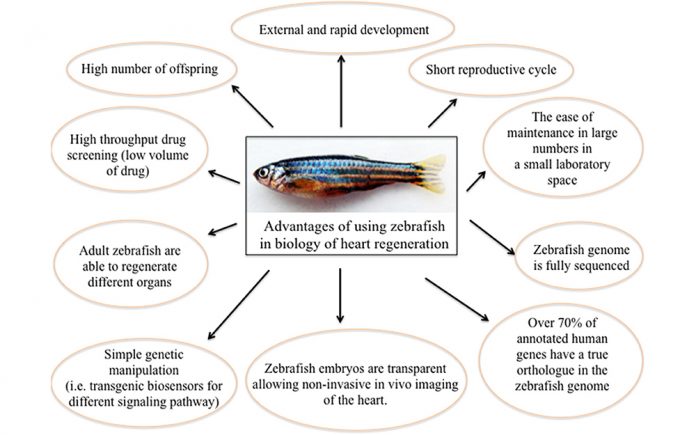 In cannabinoid science, recently published studies have shown the sophisticated side of the endocannabinoid system (ECS) in our sister animals. The ECS is present throughout the animal kingdom, the only exceptions being Protozoa (single-celled organisms) and insects. Some animals, like the zebrafish, lobsters, tobacco hornworm, and caterpillars lack CB1and CB2 cannabinoid receptors. Studies show there are four other key receptors that endocannabinoids bind to – TRPV1, TRPA1A, TRPA1B, and GPR55.

The zebrafish, a freshwater minnow native to Southeast Asia with narrow black and white stripes running the length of its body has served as an important tool in human health research since the 1980s for the screening of novel drugs and environmental pollutants. Because it develops rapidly, reproduces abundantly, and is hardy and easy to care for, it shares important organs, tissues, and genetics with humans. Zebrafish serve as a non-mammalian animal model in toxicology, pharmacology, and behavioral neuroscience research.

Most animal research into ECS function involves mice, scientists have also studied cannabinoids and their receptors in cats, dogs, and in less obvious species like sea urchins, sea squirts, zebrafish, and zebra finches.

Bees use sap with antibiotic properties that kill fungus and other microbes. They mix their own secreted oils from plants to make a substance called Propolis. A study found that bees bring in 45% more Propolis when the hive is infected with a dangerous fungus. Somehow, they are able to prioritize the importance of bringing in more Propolis. In addition, bees kill larvae who have been infected by fungal spores which also takes considerable time and energy. When harmless spores were placed in the hive, the bees removed the spores but did not spread Propolis. 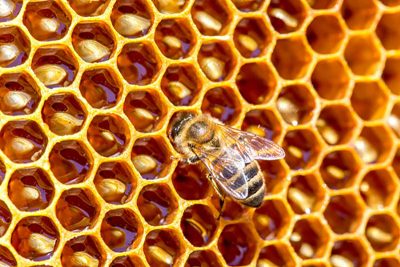 One well known study involved a chimpanzee who become ill. She left her infant with a friend and built a special nest in a tree. She broke branches off a plant called Vernonia amygdalina which is found to have many medicinal chemicals against parasites. She sucked juice from the tips of a plant that could be poisonous in a higher dose. The plant is strong medicine for stomach problems and parasites that takes 24 hours to work. The chimp was sick and weak for a day resting in the isolated nest she had built for the occasion and then felt better and caught up to the troop and her child. It helped with the most dangerous parasite they faced, Oesophagostonum stephanostonum. They demonstrated skill in using the right amount that was almost dangerous but killed the parasites. They also used this plant as a prevention during seasons with the most parasites.

Recent research shows many other animals and insects self-medicate.

It is hard to believe that non-mammal animals have the level of cognition to learn from the environment and pass it on to their offspring or is this information hardwired in the brain structures. Perhaps, individual bee intelligence is most surprising, with the ability to have symbolic language, abstract symbols, use the most efficient pathways to many flowers, kaleidoscopic memory of five miles of plants, and the ability to tell others about the exact locations from the five miles of travel. It raises the question as to whether farms should plant medicinal plants to avoid using so many antibiotics. How bees know that Propolis is a fungal antibiotic and how to differentiate between dangerous and harmless fungus is a mystery. Unfortunately, now bees have more difficulty finding the trees that they need for their medicine.