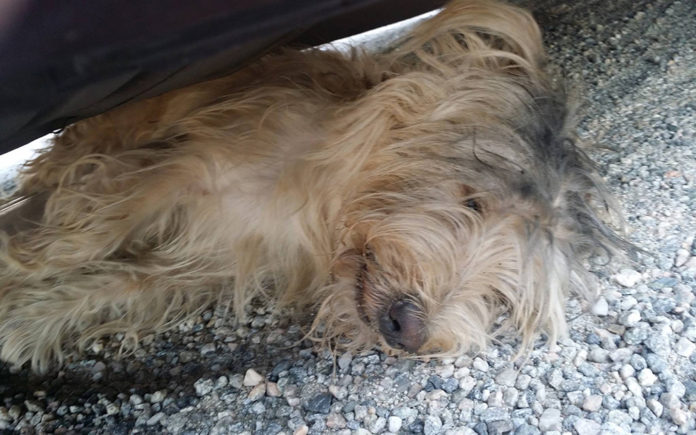 The small Silky Terrier ran down the hot dusty road desperately trying to find water. She didn’t know why her humans left her. Her throat was parched from thirst, and her body ached with pain. The dog came to a used car lot at the corner of Dillon and Palm Drive in Desert Hot Springs where she sought refuge underneath a car, but the scorching sand beneath her paws raised her body temperature even higher.

It was Saturday, August 15, 2015, and the Southern California heat wave was sending brutal temperatures of 119 degrees to the Coachella Valley. Ironically, it was International Homeless Animals Day, but there was no relief from the intense desert sun for this suffering homeless Terrier. 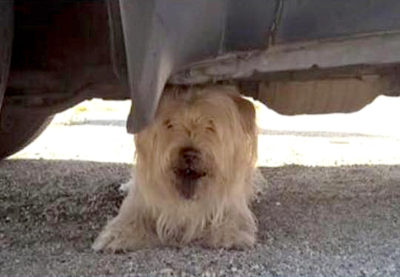 Local animal advocates were alerted to the dog’s plight. Jo Venegas-Cebrun contacted Cathie Coats who rushed to the site. She crawled underneath the car to save the dog, only to discover she had just passed away from heat stroke. Coats recalls, “I was heartbroken, this dog is the face of neglect, this dog is the face of what heat does to animals.”

The Silky Terrier was another sad casualty in the battle to save homeless animals, the car where she sought shade becoming her final resting place.

Jo Venegas-Cebrun heard the tragic news, but wanted to pay tribute to the dog she named Summer. This dedicated “rescue warrior” drove to Desert Hot Springs to retrieve Summer’s body, determined the Terrier would receive the love and dignity she may not have known in her short life. Jo took the dog to a pet crematorium, and buried her ashes in a location where she will be remembered.

Summer’s death and photographs went viral on Facebook, with many sad and angry comments posted from animal lovers. She was featured on KESQ televised news. A Facebook page “In Memory of Summer” was created in the hope her legacy might spare other dogs from this tragedy. Rescuers gathered in memory of the little dog they never knew. Other outdoor dogs are suffering in 2017’s heat wave, and some have perished without any public notice. We will feature this story every summer, hoping to save others.

Why do some people keep their dogs outside? Some people were raised by parents whose admonition, “Dogs belong outside” still rings in their subconscious. Others grew up on farms where animals were routinely kept outside and used to herd livestock. Their country of origin may be one where keeping animals outside is common practice. Other dog owners may need assistance with housetraining, information they can obtain online. 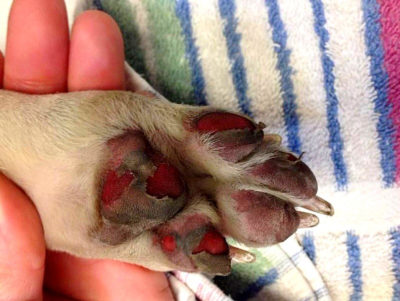 Summer’s legacy will be to convince more folks that our blazing summers make having “backyard only” dogs unacceptable in the Coachella Valley. Overheating can result in irreversible kidney, heart, liver and brain damage. Dogs cannot sweat the way we humans do, as their only sweat glands are in their nose and on the pads of their feet. When they walk on hot sand or concrete, their temperature can rise dangerously. Flat nosed breeds such as Pugs and Boxers, elderly dogs, and young puppies are at greatest risk. Imagine being thirsty and drinking out of a scalding hot water bowl. Imagine being a social, loving creature, and spending endless days isolated with no other living being.

What can you do to continue Summer’s legacy? Under California penal code section 597, it is illegal to keep a dog chained or tethered for longer than 3 hours a day. Dog owners must provide shelter from direct intense sunlight. Talk to the people you know who think outdoor dog ownership is okay, but you will only put them on the defensive if you come across in an accusatory manner. Calmly ask them why their dog is always outside. Provide them information on heat stroke. To start off, suggest they get a baby gate and keep their dog in a kitchen or laundry room during the hot days. Provide them with washable puppy pads to make the transition. Tell them what happened to Summer.

Meanwhile, enjoy the companionship and unconditional love your best canine friend provides INSIDE YOUR HOME! 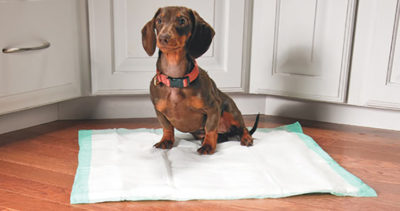