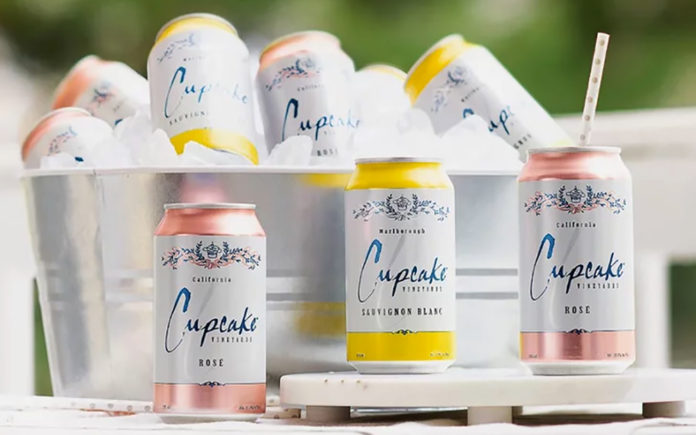 So I recently spoke with wine steward Mike at the Ralph’s Market in Indio.  For those who know the area, this Ralphs is right down the street from the valley’s famed Empire Polo Club which itself is the venue home to the Coachella Music & Arts Festival and Stagecoach Country Music Festival in our valley in the remaining weekends this month.

Due to the proximity of this Ralphs to many country clubs and retirement areas, David sells so much booze, his store ranks at the top with liquor sales in the country!  Add Coachella and Stagecoach to the fray for the month of April and you’ve got some crazy times.

From the music festivals past, I’ve come to know that Whispering Angel Rosé is one of the most desired wines for the events and related parties—the wine is good and perfect for our spring weather.  When speaking to David, I surmised that he must order as much of that Rosé as he could get his hands on.  But he corrected me; “No—you can’t bring  glass bottles into the festival grounds.”  Well—here’s some valuable advice to Chateau d’Eclans (the producer of Whispering Angel), sell your stuff in cans!

But we are now in the brave new wine world where marketing will always lead the way.  For the first time on festival grounds, cans will be sold and the cans will contain wine!

Cupcake Vineyards was excited to announce its return to Coachella as the official 2019 wine sponsor. To celebrate the 5th anniversary of this on-going collaboration, Cupcake will bring its wine in cans. “We are honored to be the first-ever beverage in a can available at the festival in Coachella history,” said Eben Gillette, Vice President of Marketing for Cupcake Vineyards.”

Gillette continued, “Our cans are the perfect portable, shareable, and unbreakable solution to enjoying delicious wine outdoors, so there’s no better place than Coachella to show festival-goers a new way to enjoy Cupcake wine. Fans who have come to love the complex and premium quality wines bottled by Cupcake Vineyards can now find two of their favorite varietals –Refreshing Rosé and crisp Sauvignon Blanc – in an all-new lightweight and easy-to-chill 375ml format perfect for festive summer days ahead.”

The cans of Cupcake Rosé and Sauvignon Blanc will also be available at major retailers nationwide starting April 1 for the suggested retail price of $5.99 each.  There is no word out on how much they’ll sell for at the festival, but we’ll be figuring a premium price.

Back at the Palm Springs’ Ralphs, where I steward, I hear plenty opinions on drinking wine from a can: Long time wine drinkers still prefer the glass but the younger set is doing the can-can and loving it!  “They’re so convenient—no corkscrew needed!”  “Cans can go where glass bottles fear to tread.” We like the serving size of the can—we don’t have to open an entire bottle”.

Actually the real point in the discussion is how does the wine really taste?  To the veteran, they can’t shun off the “tin can” flavor of canny things past.  The new generation believes and relies on the new can producers; the wine tastes as good and tastes the same as their bottled stuff.

Many wine marketing data firms confirm the same news: “While canned wine is still a tiny portion of the wider industry, with about 0.2 percent of total wine sales, it’s growing rapidly thanks to millennial drinkers, according to Nielsen data. By comparison, bottled wines grab nearly 90 percent of the industry’s sales, but are growing much more slowly. (Boxed and bagged wines take the remaining market share.)”

“Millennials aren’t looking to spend $70 on a bottle of wine,” Isle said.  On average, a 750-milliliter bottle of wine will cost between $11 and $25. Whereas, canned wine drinkers pay about $4 to $7 for a 375-ml can. These cans are the equivalent of a half of a bottle or, about 2.5 glasses of wine. Some wineries are packaging their wine into even smaller cans of 250 ml (about two glasses of wine) and 187 ml (about one glass of wine).  Further, the younger set appreciate that wine cans are also easier to recycle than glass bottles and are seen as less pretentious to casual drinkers.

So let’s chill up a few cans and see what’s up:

Barefoot Cellars can wine is really popular with the Palm Springs crowd—well, let’s call it what it is: young women buy this stuff up!  They love the fun convenience, the quick chill, and the party.  This month’s sale price at Ralphs is two cans for $5.

The Barefoot Wine Spritzers have a line-up that includes Crisp White and Summer Red.   The Crisp White has a zesty lemon-lime fizz and is on the dry side as opposed to the sweet; the Summer Red come off like a light sparkling rosé with hints of berries, sweet peaches, and oranges, with a balance of sweetness.

The Dark Horse can line-up continues to expand. We’ve got the Pinot Grigio and the Rosé we’ve seen on the shelves for a while, and now, Brut & Rosé Bubbles are making the scene.  The Grigio has Viognier and Riesling in the mix, so you’ve got light aromatics in a crisp package.  The Rosé is refreshing dry but with crisp fruit.  The bubblies are very good and pour well from the chilled can and are around $5 a can.

For you Sangria fans, there’s Lolailo all canned-up and ready to satisfy your fruity desires at around $12 for a four-pack.

Butter in cans?  The very popular Butter Chardonnay, in a four-pack at $24, tastes the same in a can: it has to be, the brand is too important to mess up. Party On!—Cheers!