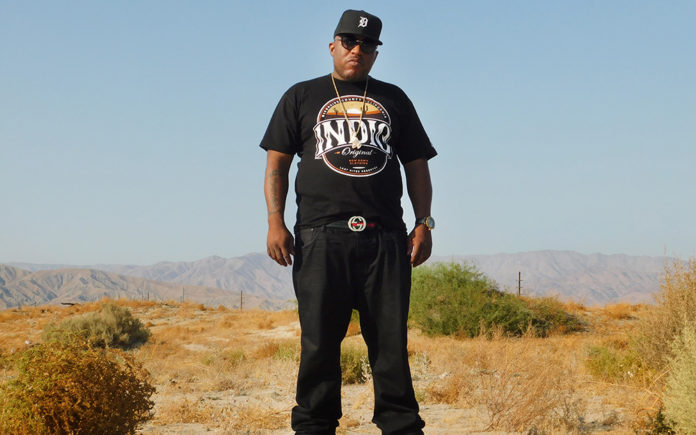 It’s a well known fact that Rap and Hip-Hop in the Coachella Valley is not the constant it should be. Artists like AL RO$$I, THR3 STRYKES, TIPTOE STALLONE, WILLDABEAST, PROVOKED and J. PATRON are some of the native anchors of the genre. DOZZI DOZ has also secured his place among the Desert Rap & Hip-Hop elite. He has shown to have the capabilities, he’s seized the opportunities and he’s provided his fans with accessibility to his music. But there’s one thing missing for all Rap/Hip-Hop artists in the desert, according to DOZZI…advocacy. “There’s a lot of great music out here. We rock with all this and the streets will let you know. DJs need to get behind the music. Our valley will start picking up on it. Some of these cats have all this great music but can’t pack out a hometown show without the proper support. Shout-out to THR3 STRYKES and JACK PATRON for consistently doing it.” There’s an understood expectation and need to focus on popular music for radio and venues but a small window could do wonders for our artists. “The clubs and radio have to play certain music, slide my shit in there, it’s not just going to help the artist it’s gonna help you too!” 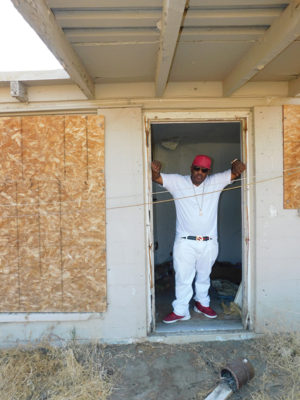 Considering other categories of music that have more local support like rock and reggae, DOZZI has a point. “What’s missing is people in certain positions are not stepping out. If somebody is doing something and you are feeling it, then you should get behind it. In big cities the DJ wants to break the new artist. That’s not happening here. If you like an artist, play ‘em!” DOZZI is looking to help change that culture.

DOZZI was born in Los Angeles, California and relocated to the city of Indio and the Nairobi neighborhood in the early 80’s after a close family friend was murdered. DOZZI shared about his musical beginnings, “I started rapping in 8th grade. I also played drums. My uncle had a studio next door and they would record me on drums and use those for drum tracks.” DOZZI also openly shared about the turning point in his life after being released from jail in 2003. “I opened up for KURUPT the next day. After that I realized I want to do this shit forever, that’s when I got serious.” DOZZI became deliberate in his dealings and started his career in music.

DOZZI is a former member of the popular group, MOST HATED. They released two albums independently, receiving widespread attention and regional acclaim while performing with artists such as ICE CUBE, D.P.G., PROBLEM and E-40. The group eventually parted ways, and DOZZI continued to pursue his solo career.

DOZZI considers himself a product of his environment and represents his community proudly. He uses gritty realism and poetic lyrics to paint a picture in every song. He concedes, “DOZZI DOZ is all real. Everything I talk about is from my heart; true events with real-life scenarios and stories in my community; it’s honest and reflects the time; it’s raw and uncut; it’s for everybody, brown, black, white and every other color. Music brings people together. I’m trying to keep neutral ground.” 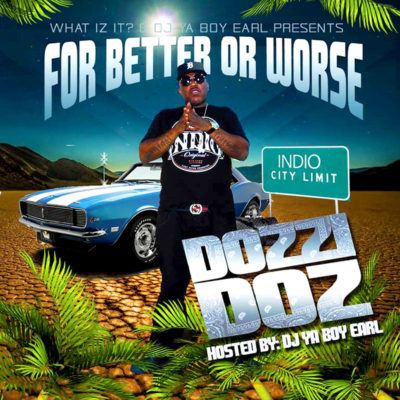 In addition to his truth, DOZZI’s music supports a party atmosphere and has meaning behind it. “The way music is now, I believe my music is that good-feeling music. My music is chill music, like 2PAC. You get the chills on your arms with the straight-to-the-shit kind of Rap. I want everyone to feel what I feel. It will give you chills up your spine too and I’ve got a message.”

DOZZI is currently working on a new EP/album that is scheduled for release in September 2018. He admits to having a library of music to choose from. “I record so many records I could put out a mixtape tomorrow!” After listening to his music, it’s obvious that DOZZI is on the delegated and chosen path to share his gift of lyricism and Rap with the world.

DOZZI highlights are the tracks “Do Sumthin” and “Lord Knows”. Shout-out to Keisha for her input.

You can also find DOZZI DOZ music on SoundCloud, Pandora, YouTube and all other outlets.