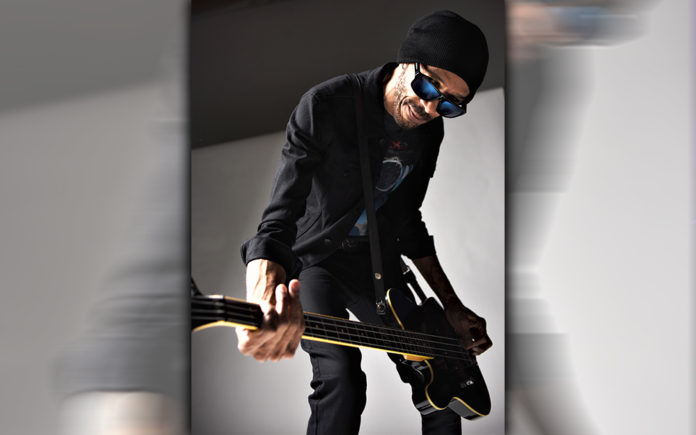 PERFORMING LIVE at THE HOOD BAR AND PIZZA SATURDAY, AUGUST 10, 2019

The transcendent KING’S X vocalist and bassist Dug Pinnick, multi-faceted drummer Jerry Gaskill and prolific guitarist/vocalist Ty Tabor are taking a monthlong break before they resume their highly successful tour with a European leg in September and then back to the states through the new year. Having grown to becoming one of the most universally admired bands in Hard Rock and Heavy Metal, the American rock band that combines Progressive Metal, Funk and Soul have completed the recording of their first record since 2008 and will be in Los Angeles this month putting the finishing touches on the long-awaited 17 track album.

If that wasn’t enough, to the delight of Low and High Desert music fans, Pinnick and his 3RD EAR EXPERIENCE bandmates, Robbi Robb (TRIBE AFTER TRIBE) on guitar, Mike Hansen (STEVE VAI) on drums and Amritakripa on keyboards will be performing Saturday, August 10th at The Hood Bar & Pizza in Palm Desert, CA with support from WAXY and BILLY TSOUNIS AND THE AMAZING ANDROIDS. Tickets are $10 and can be purchased at the door. The show begins at 9 p.m. They will also be performing Wednesday, August 7th at The Viper Room in West Hollywood, California with SIFTING and WHEELS OF CONFUSION and Thursday, August 8th at Brick By Brick in San Diego, CA with WAXY.

Coachella Valley Weekly had the ultimate honor of speaking with Pinnick as he and the band finished up the first American leg of the KING’S X tour.

On the Irons in The Fire: KING’S X, KXM & 3RD EAR EXPERIENCE 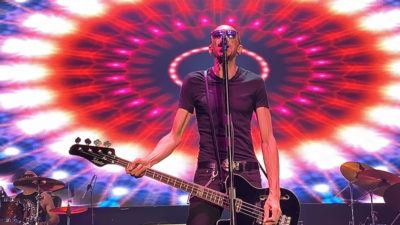 “I’m tired, excited, overwhelmed and living the dream with no complaints whatsoever. I take it all! It’s all a part of this journey. I’ve been doing this for as long as I can remember. Sitting in front of something, listening to music or making music and being in front of somebody and playing it whether it’s a record or live. I’ve just been obsessed with it all my life. I don’t realize what’s happening until it catches up to me. Sometimes I tell myself, ‘Oh God! I’ve got too many irons in the fire, I gotta back up’, so I’ve actually been saying ‘no’ lately. I’ve got so many pokers in the fire waiting; I hope I can stay alive to get them all done.”

“I’ve got to work with people who have proven themselves. At my age, I don’t want to tell anybody what to do or what to play. I want to be in a band with a bunch of people who have done this like I’ve done it and they know what they want. I like playing with people who give me goose bumps when I watch them play because of their emotion and passion that they put into what they do with no suggestions or no bias, just accepting it for what it is and the genius of it. Those are the kind of people I want to play with so I can learn from them. I don’t have to worry about anything other than me playing and keeping up. It helps me stay on my toes and makes me keep my game up when I ‘m slacking. When I see somebody going at it, I say, ‘Dug, you better get your ass in gear!’”

“Robbi is my guru and my buddha. I’ve known Robbi forever it seems like. I don’t remember when I met him. Tribe After Tribe is probably one of my favorite bands and those first two records are probably some of my favorite records ever! I just like jungle voodoo type grooves and it was nowhere to be found. All of a sudden, Robbi pops up out of South Africa with this groove that I immediately said, ‘uh oh, that’s exactly what I feel’. Me and him just became good buddies, emotionally spiritually and musically in a really cool way, I love that guy. We like to laugh a lot. He and I come from separate backgrounds, but very similar, so we have an emotional connection where we come from. We have unwritten conversations about certain things when we’re depressed or there’s things going on that people don’t understand. We have a kinship. We’ve had to deal with some of the same issues. He has this strength that’s always blew my mind because he was always positive about everything. He’s very passionate but his honesty is astounding. Everything he does is pure to a fault. I’m always restraining myself and I’m afraid I’m going to look like an idiot and Robbi can dive into it like he doesn’t matter. I get a lot of influence from him. It will always be personal to me. He helped me change the way I think about things.”

On the KING’S X Tour

“As usual it’s going great. It’s a special thing that happens. I don’t get to read all of our fan’s posts, I wish I could. They keep coming back and it seems we’re selling places out. I guess we’re doing a good thing.”

“That’s who we are. It’s what we’ve always done. When we got together, we have songs that are twenty minutes, sometimes an hour. We toured Europe about 15-20 years ago and we only performed five songs for an hour and a half. We lay on that one riff and watch people ride it. Robbie turns into a witch doctor and puts on an amazing African voodoo show. I just stand there in front of my rig, lay the grooves down and watch him go.”

On His Musical, Physical & Emotional Stamina

“I’ve always been able to play for hours and hours. I’ve played the same riff for 40 minutes and not change it. It’s the most fun I’ve ever had. I love playing the creative wall of a groove and just watch people dance on top of it and just lock-in with the drummer and just do whatever his kick-drum is doing and try and stay with him. It’s fun. That’s why I always say I’d rather play bass and sing. It’s so much fun to just lock-in with the drums and just fuckin’ have fun.”

“Mike is awesome! Mike picked up that jungle thing he excels on that kick drum pedal and he’s got rhythm for days. I love it because Robbi pulled out the voodoo in Mike and gave him the etiquette on what voodoo drumming sounds like as opposed to Caribbean and Calypso. Everything he plays is really dark, very spacious and open; voodoo drumming is like that, it’s groovy, I love it.”

On His Admiration for the Esoteric Joshua Tree 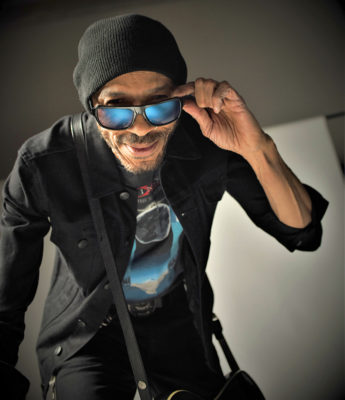 “I’ve always loved the desert. I don’t want to ever live there but there’s something about the desert…I feel something there, especially when there’s a mountain and when the sun goes down, it reminds me of…I’m not crazy, but I believe I was abducted by aliens and the feeling I got when it happened reminds me of every time I’m in the desert. The sun will start to go down and I look at the mountain and the shadow and all of a sudden there’s this feeling that comes over me. One time, I went up on a high hill when I was a kid and when I got to the top I looked over to see what was there and I walked into this energy that was really like a panic attack/negative energy, I walked into it and felt it, backed up and it went away, I walked into it again and backed up, it scared me and I left. So, the combination of that sensation and the feeling of being abducted when I’m in the desert and the sun is going down, I get this strange feeling. I love the lay of the desert at nighttime. Looking up to the clear sky and the stars in Joshua Tree is the greatest place to hang out. Sometimes Robbie would take a great big rug and take it out to the middle of his backyard where there’s no grass and just roll it out. He’s got a little pot belly stove that you put wood in, and he’s got these little things you roll up and lay around. We look to the sky, drink wine and have fun, it’s a pleasure for sure.”

On the Enchanting Psychedelic Elements of AMRITAKRIPA

“Her musicality is different because she doesn’t play notes, she plays noises. She has a great way of using the computer to bring in these different noises from oceans to birds flying. All of a sudden, we’ll be getting into something and grooving, and I’ll hear animals. It’s badass because she comes in at the right time. She’s very experimental. We were jamming one time and Kripa got up on her keyboard and for two minutes started making noises and she told me to get up and start playing this groove and I started playing for twenty seconds then the drummer kicked in to whatever I was playing and it built to where we eventually got 8 or 9 people jamming.”