When there is an accident with a DUI, the DA often takes months to investigate the case, BEFORE filing the DUI charge. Unfortunately, the DA does not always send a notice to the driver that the case has been filed. Thus many people appear in court for the first appearance arraignment and there is no case in court under their name. They assume there was no filing and they have a VALID CDL.

The California Supreme Court has ruled, in essence, that people are not stupid and should know when their license is VALID. If you get cited/arrested for a DUI your license is taken from you and a pink piece of paper is given to you under the Stop and Snatch Law. It explains your license is valid for 30 days and then suspended for 4-5 months. You can of course contact DMV and request a hearing within 10 days, and then request a STAY. However without the STAY, if you drive after that 30 day period you are driving on a suspended license for which you could be sentenced to jail for a 14601 VC violation (Driving on a Suspended License).

Thus California does not have to give a Notice of the Suspension of your driver’s license. Every state is different relative to notice requirements. In many states they do NOT have to notify the driver that their license is suspended.

After a DMV FINDING from a FIRST Time DUI Hearing, OR after a 1st time COURT CONVICTION, the Sacramento DMV suspends your California Driver’s License for 4-5 months. After the 30 day Suspension the driver can get a restricted license to drive to and from work and classes. However the driver must first show proof of enrollment in the 1st offenders DUI’s classes, file an SR22 through his insurance company, and pay a reissuance fee to DMV.

After a license suspension for an out of state licensed DUI driver, only the driver can request a Termination of Action from DMV to request a SET ASIDE. The court may not demand it of an out of state drive by DMV does do so. The Termination is not automatic and the lawyer can no longer request it, as was previously the case. DMV believes if they send the paperwork to the Driver’s out of state address the driver will get the mail in another state and not at their local lawyer’s office.

The basis for requesting this Termination of Action is that the driver lives in another state and can not take the DUI classes in California. With respect to notification, neither the California court nor DMV will contact the out of state DMV.

Instead the CA DMV (but not the courts) will enter the CA DUI conviction/finding into the NCIC system/California Driver’s Record and it is up to the other state to look it up ie PULL IT off the record.

The CALIF DMV PULLS info on a regular basis but some states do not, though legally they are supposed to do so. That is how they get their tax dollars.

If you are Arrested DO NOT TALK TO ANYONE OTHER THAN YOUR LAWYER!

LAW ENFORCEMENT OFFICERS AND PROSECUTORS ARE NOT YOUR FRIENDS NO MATTER HOW MUCH THEY TELL YOU THEY ARE. REMEMBER THEY ARE JUST TRYING TO MAKE A CASE AND DOING THEIR JOB

DO YOURSELF A BIG FAVOR: SHUT UP & CALL A LAWYER!

LEGAL REPRESENTATION OF THE INJURED AND CRIMINALLY ACCUSED 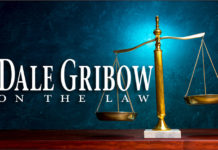 LEGAL TERMS EXPLAINED AS COVID WINDS DOWN AND TRIALS WIND UP 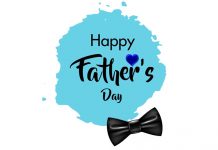