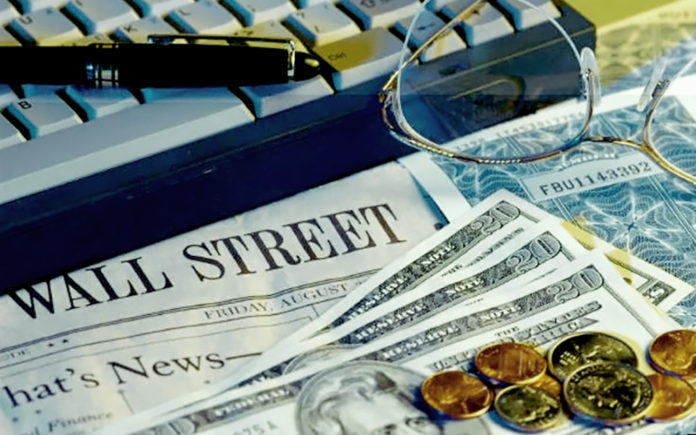 Most investment statements are as easy to read as a phone bill.  As such, most people have no idea how their investments are doing.

Find out.  What may seem like an inconvenience now may be the difference between a comfortable or a challenged existence in retirement.

Armed with your return and the amount invested in stocks or bonds, let’s take a look at a few key benchmarks that you can compare your results against.

The Dow Jones Industrial Average (typically referred to as ‘the Dow’) consists of thirty companies deemed by whoever deems such things to represent the fabric of American business.  There is a caveat to inclusion in this hallowed index – your stock price per share cannot be too high as that screws up how the average calculates.  As such, rather than fixing a mathematically challenged model, neither Amazon nor Google are considered one of the ‘Dow 30’.  Apple and Microsoft are as are those Post-It Notes people at 3M but Google and Amazon, two of the most valuable and fastest growing companies in the world, as well as the United States, are not.  The Dow is up 3.4% through July 25th.

The Standard & Poor’s 500 Index consists of the 500 largest companies listed in the United States and is up 6.6%.

So far, we have only looked at the United States which represents 70% of the value of all publicly traded stocks around the world.  It’s time to travel abroad.

The MSCI World ex USA Index isn’t just a catchy name but represents the top 85% publicly traded companies in the developed world excluding the United States.  This anti-American index is down 0.7% so far this year.  Makes me feel good to be American!

Only about 22 countries out of the 195 countries of the world are considered to be developed.  The rest are split into two groups: Emerging and Frontier.  Emerging market countries exhibit many of the characteristics of Developed Markets but are not yet to those standards of lifestyle which include developed capital markets.  Some Emerging market countries include Russia, China, India, Mexico and Brazil.  Frontier markets are typically too small and too far from developed market behaviors to be considered Emerging.  Some frontier countries include Argentina, Croatia, Oman and Vietnam.

Many use the MSCI Emerging Market Index to gauge the health of these markets.  This year, the index is down 6.7%.

Another way to look at your investments is by the sector that your holdings do business in.  For example, Technology is up 17% this year followed by Consumer Cyclical stocks (like Amazon and McDonalds) up 14% and Energy up 7%.  Laggards are Communications companies like AT&T (down 6.9%) and Consumer Staples, like Proctor & Gamble, which is off 5.5%.

For those holding fixed income or bond funds, there is not much to say…you lost money so far this year.

With these benchmarks, you should be able to get a basic idea as to whether your investments are performing up to your expectations or not.  If they are not or you are not sure, call or email me and I’ll take a second look at things for you. Seriously! That is what I do for a living!

Haddon Libby is the Founder and Managing Partner of Winslow Drake Investment Management and can be reached at hlibby@winslowdrake.com or 760.449.6349.  For more information, please visit www.WinslowDrake.com.