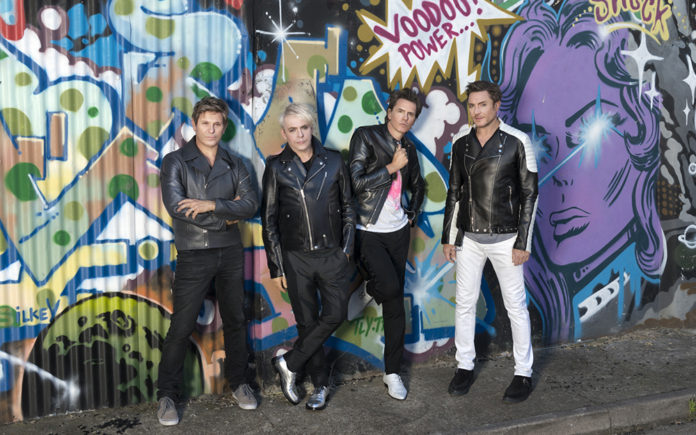 TO PERFORM AT THE SHOW AT AGUA CALIENTE RANCHO MIRAGE ON THURSDAY SEPTEMBER 5, 2019

International rock icons, Duran Duran, will perform at The Show at Agua Caliente Resort Casino Spa on Thursday, September 5, at 8 p.m. One of only seven U.S. tour dates the band will be performing this fall.

Formed in Birmingham, England, Duran Duran was born out of the city’s vibrant music scene and quickly became a household name around the world. Four decades later, the multi-platinum and two-time GRAMMY award-winners have sold over 100 million records, had 18 American hit singles, 20 UK chart-toppers, won innumerable awards for their continued contribution to music, and consistently perform to huge concert audiences around the globe. 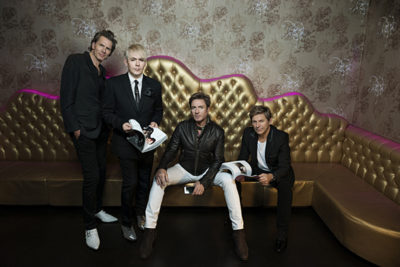 Singer Simon Le Bon, keyboardist Nick Rhodes, bassist John Taylor, and drummer Roger Taylor fuse pop music, art, technology, and fashion with a sense of style and confidence all of their own, never losing the desire to innovate. They have proven themselves timeless and have always remained ahead of the curve.

After wrapping a successful three-year tour, in support of their 14th studio album, with sold-out shows around the world, Duran Duran continues to look ahead. 2019 sees the band playing select shows and special events, as well as producing a series of exciting projects to celebrate upcoming milestone anniversaries over the course of the next few years. The band is also back in the studio, working on the follow up to their critically acclaimed album Paper Gods, with Grammy and Oscar award-winning producer Mark Ronson (along with other exciting guest musicians and collaborators to be announced soon).

The band is very excited to return to The Show and can be expected to dazzle the audience once again with a memorable performance that will include songs from across their catalogue such as “Girls On Film,” “Rio,” “Hungry Like the Wolf,” “Ordinary World,” and “Last Night in the City.”