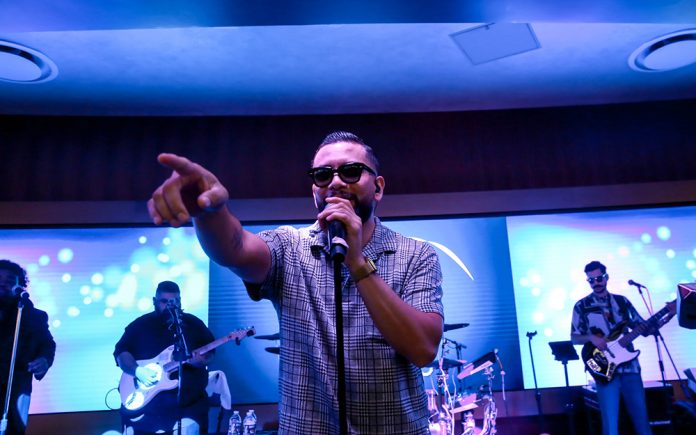 On Saturday, Feb 12th, Eevan Tre, one of the Coachella Valley’s most beloved homegrown performers will be performing hits from multiple eras for music lovers of all ages for the 24th Annual Concert Series at The Gardens on El Paseo. The one hour concerts take place on the center lawn in front of Saks Fifth Avenue. Doors Open at 5:15, Eevan Tre and his band take the stage at 6 pm. Wine is included in the ticket price and a portion of all proceeds goes to Shay’s Warriors – Life After Cancer. Tickets can be purchased at tickets.thegardensatelpaseo.com.

As a Coachella Valley native and CVHS alumni, Eevan Tre has been performing in one capacity or another since his teens and has refined his skills as a dynamic and captivating R&B singer who knows all too well how to rock the mic whilst making the ladies swoon. I first had the opportunity to watch Tre and his band perform at an event nearly a decade ago and since then, his performances and dynamic stage presence have aged like fine wine.

Tre’: “I always enjoyed singing. My grandfather was a mariachi and although I never got to see him perform because he retired before I was born, I always liked hearing the stories about it. I really started trying to perform when I was in High School and just never stopped. It’s become a lifestyle for me. It was never a hobby, more like something that I’ve always just done. I don’t really know another way to be.”

CVW: “You said that you got into music when you were in High school but, in what capacity?”

Tre’: “At first, I really wanted to be in a talent show so I could have the opportunity to perform. I was really into NSync at the time and I somehow convinced my jock friends to join me in this pursuit to do this whole routine for this talent show. They really weren’t into it or, at least wouldn’t have done it on their own but they were so cool to participate with me and we worked really hard on our performance. Then, unfortunately they ended up canceling the talent show because of a lack of people signing up which was really disappointing.”

Tre’ continues: “Fortunately, the performing arts teacher, Bob Reinhagen, who had planned the talent show in the first place recruited me to his choir and eventually produced a couple of musicals that I was able to participate in. I was able to perform as the lead character in Footloose which was amazing for me. I really dug it. As soon as I experienced getting that feedback and energy from the audience, I was pretty much hooked. It really is like a drug.”

Tre’: “Ever since then, just about every job I have had has involved music somehow. I’ve been a dance teacher and I’ve produced children’s musicals over the years. I guess because growing up in Coachella, there weren’t a lot of opportunities for kids to be exposed to and participate in the arts and I wanted to help out with that. Also, my older brother was involved in politics which caused me to have involvement in the community.”

CVW: “Nowadays with your residencies and special shows, you and your band seem to be really busy. How did you deal with not being able to perform through the Covid shutdowns?” 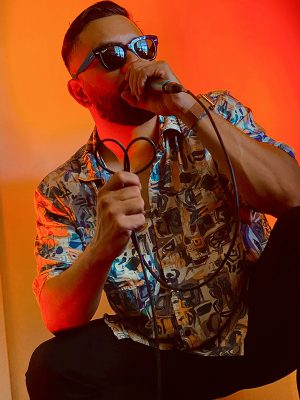 Tre’: “You know, during the whole shutdown I really got to refresh. I think when you are working so much you sometimes forget to create some goals. So that’s pretty much what I did. I hung out with my family and got a chance to enjoy them. It was cool for a time but of course, after a while we were like, ‘Okay we gotta get back to reality.’”

Tre’ continues: “As far as the band is concerned, I have been really lucky to be able to meet and jam with different musicians which I love. I’m always trying to grow as an artist. My mindset is continually set on growing and getting better. Finding people with the same mindset is really important to me. People who are continuously striving to sound better and work on their craft are inspiring to me and I have been able to surround myself with people like that. That’s how I have been able to continuously grow and improve the band itself and I am truly grateful for them and their contributions to our performances.”

In addition to seeing Eevan Tre’ and his band perform at The 24th Annual Concert Series at the Gardens on El Paseo, Tre has residencies at Kitchen 86 on El Paseo in Palm Desert on Mon, Weds and Sat nights and at Tommy Bahamas, downtown Palm Springs on Fridays from 3-6.