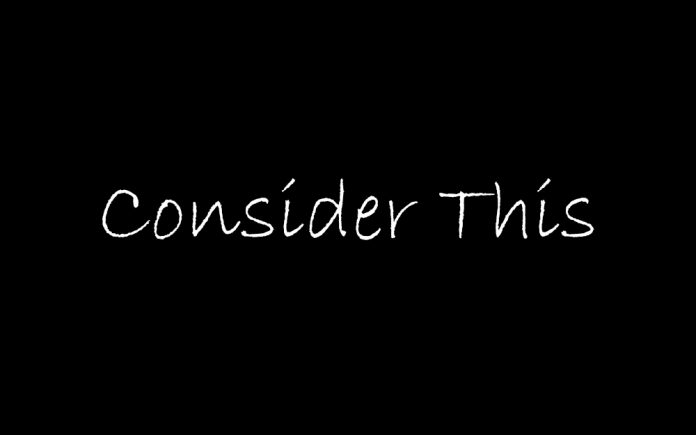 Music can save you, take it from me. It’s been the one true constant of my life. I have been a wildly self-confident (ne’ arrogant) record nerd for over half a century, I can tell you what my favorite song was from age four to age nine, faster than I can tell you what I did a week ago. 2019 has been a challenging year for me, I lost a job I truly loved, family members have passed away, and shockingly, my lifelong best friend died rather suddenly in August. Still, music (along of course, with my wife and our beautiful girl, Denver), has kept me going and raised my spirits, made me laugh and cry. As much as I can’t wait for this year to be over, I still count myself lucky that the sweet kids at the Coachella Valley Weekly put up with my Bitch Goddess temperament and allow me all the space I need to share my cranky opinions with you. So here are my favorite records of 2019. 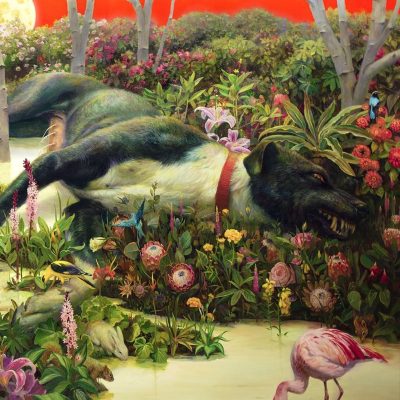 This year has truly been a breakthrough year for the Rival Sons. The Long Beach four-piece, which includes vocalist Jay Buchanan, guitarist Scott Holiday, drummer Michael Miley and bassist Dave Beste, have been a going concern for 10 years. They have released five full-length records and an EP, mostly through the British Metal label, Earache. They were immediately embraced by critics and fans alike, especially in Europe and Great Britain. Old School Rockers recognized them as kindred spirits, which is why they’ve opened for everyone from AC/DC and Black Sabbath, to Guns N’ Roses and The Rolling Stones. Although most of the U.S. has been slow to catch on, that changed when the band signed with Atlantic Records and released their sixth long-player, Feral Roots.

The record arrived in January, a potent combo-platter of styles, from the bludgeoning crunch of the opening cut, “Do Your Worst,” to the fecund bliss of the title track, the Stax-ed, sun-kissed Soul of “Stood By Me” and the Fuzz-crusted Afro-Cuban groove of “Sugar On The Bone.” For me, this album has been in heavy rotation for nearly a year, and it continues to delight and surprise me. New favorites have emerged with repeated listenings, like the willowy “All Directions” and the majestic “End Of Forever,” which goes from zero to 60 in mere seconds.

I have been singing the praises of this band since my pal, Tom told me to check out their second album in 2011. But don’t take my word for it, upon its release, Feral Roots shot to the top of the charts, and was recently nominated for two Grammies. It can only get bigger, better, faster. Buy this album now, so you can say you knew them when. 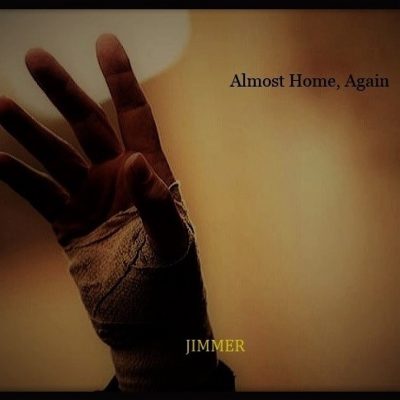 For the last five years, Jimmer Podrasky has been on a roll, Maybe he’s been making up for lost time. The former Rave-Up’s front man walked away from the music business in the ‘90s to concentrate on being a dad. Even though he wasn’t making a living through music, the urge to make music never really left.

He returned to making music full time in 2014, embarking on a solo career, with his debut, The Would-Be Plans. Since then, he has dazzled old fans and made new ones with his 2017 album, God Like Sun and his 2018 collaboration with sui generis songstress, Syd Straw, which yielded their Shoulder To Cry On EP. Jimmer’s third long-player, Almost Home Again, arrived this summer. By turns, playful, wistful and socially conscious, the record shapeshifts from shagadelic Psychedelia, to Soul-inflected Power Pop and quavery Country Rock. 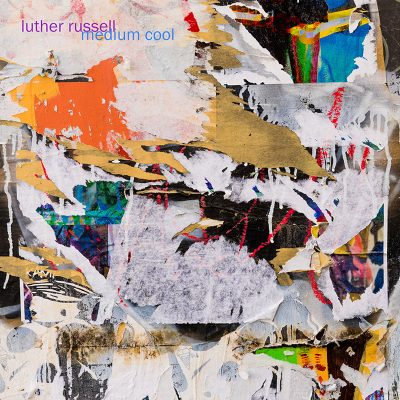 Although he’s been around for over 30 years, I just discovered Luther last year when the Hanky Panky label released a career retrospective that spanned his entire oeuvre (yeah, I said it).

This year he released his sixth solo outing, an effortless 10-song set that showcased his Herculean talent. Lyrics mine moments of tenderness and longing with conversational grace. Unforgettable melodies are powered by souped-up instrumentation, intricate arrangements and Luther’s rough-hewn croon. 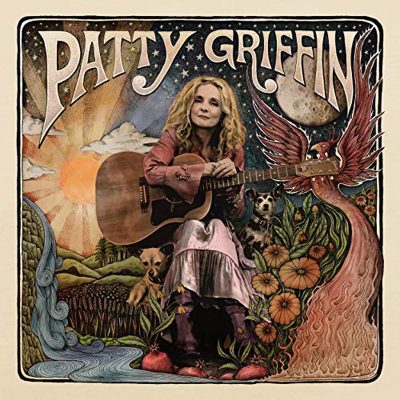 Patty Griffin has been a recording artist since 1996, but she waited until 2019 to release a self-titled album on her own PGM label. Following a brutal battle with breast cancer, Patty wasn’t sure she’d ever make music again. But that old adage “What doesn’t kill us, makes us stronger,” proved accurate in this case. She roared back to life, creating her most poignant record to date. Nuanced narratives tackled the personal and political, meanwhile, the melodies are a rich gumbo of Big Easy cool, back porch rambles and full-tilt Rockers. Each song sanctified by her melismatic voice. This record takes you to church without ever leaving your house. 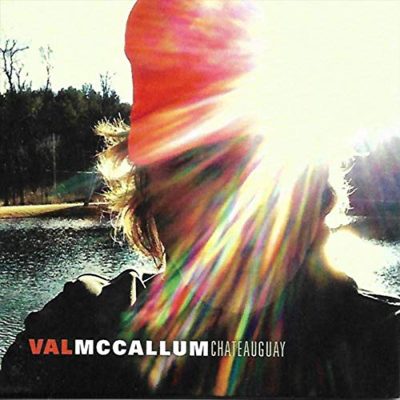 Sometimes, genius hides in plain sight, such is the case with Val McCallum. A brilliant musician, he grew up as Hollywood royalty, the son of British actors Jill Ireland and David McCallum and stepson of Action movie icon Charles Bronson. He began playing guitar as a kid, absorbed some music theory, but his real education came via ‘70s radio; Top 40 and free-form FM. Pretty quickly, he was earning his keep as a session guitarist and has spent years as a member of Jackson Browne’s touring band.

In the last few years, he’s carved out time for a solo career. His 2012 debut, At The End Of The Day was a bare-bones, largely acoustic affair. His 2019 follow-up is a burst of technicolor, suffused with sadness and joy, featuring cinematic soundscapes. Lyrically, he offered tender encomiums to his late older brother and his famous step-dad. Produced by wunderkind Chris Price, the album limns the past, appreciates the present, and manages to look forward.

So, it’s Luther 2 Electric Boogaloo. Those Pretty Wrongs is a collaboration between Luther Russell and legendary Big Star drummer, Jody Stephens. The pair have been pals for years, but didn’t begin collaborating until a few years ago. When Jody was asked to perform some classic Big Star tracks at select screenings of the “Big Star: Nothing Can Hurt Me,” documentary, he invited Luther to play guitar with him. Pretty soon the duo was making music under the Shakespearean moniker, Those Pretty Wrongs.

A self-titled debut arrived in 2016 and this year they followed up with the whimsically entitled Zed For Zulu. Here Jody steps out from behind the drum kit taking center stage and Luther graciously acts as his musical wing-man, co-writing songs that hew toward classic 60s/70s songcraft. Courtly Southern grace meets sunny SoCal charm, evincing an irresistible happy/sad ache. Baroque and bespoke, plaintive and playful, sly and Soulful, it’s one of those perfect records that takes up residence on the turntable and never leaves. 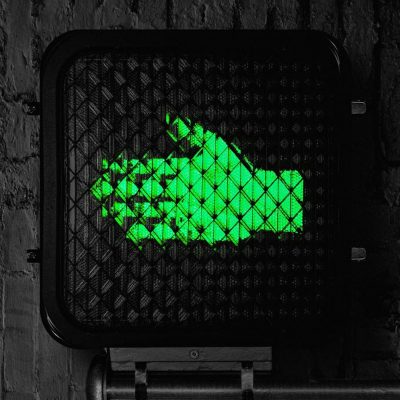 Jack White is a musical multi-tasker. How many other musicians out there have a thriving solo career, run a record label, own an upholstery shop, producer albums and also front two other all-star bands, Dead Weather and the Raconteurs? Occasionally, he spreads himself a little thin (face it, the last Dead Weather and solo albums were pretty lukewarm), but he redeemed himself on the newest Raconteurs effort.

A collaboration between Jack, drummer Patrick Keeler and bassist Jack Lawrence of the Greenhornes and Detroit-based singer-songwriter Brendan Benson, the four-piece released two stellar records, Broken Toy Soldiers and Consolers Of The Lonely in 2007 and 2008, respectively. Following a 10-year hiatus the band has returned with their most adept collection to date. The melodies are raw, prickly, precise, intricate and intense. Meanwhile, the arrangements leapfrog genres from sludgy Psych to keening Country Soul to poppy Prog-Rock. A stellar return.

On their third album, the Clavin sisters have really come into their own. Jennifer and Jessica have been making music together for decades, Punk Rock obsessives, the girls cut their teeth in the distaff collective Mika Miko before striking out on their own in 2011 as Bleached. Their first two albums, Ride Your Heart and Welcome The Worms (released in 2013 and 2016, respectively) achieved critical acclaim and commercial success, but with this album the girls’ have scaled new artistic heights.

Reflecting on their misspent musical youth (when passing the dutchie was de rigueur), the melodies and arrangements strike the perfect Punk/Pop balance adding hints of Girl Group grandeur. Moving past the coltish growing pains of the first two records, the pair have assumed control of their musical destiny. Who knew embracing adulthood could be so much fun?

Syndicate, Rain Parade (Yep Roc Records). In 1986 my friend and musical mentor Phil Liebert (R.I.P.) made me a cassette he entitled “Acid Rain From Paisley Skies.” It was filled with fairly obscure Psych and Garage cuts from bands I would grow to love like The Nazz, 13th Floor Elevators, Chocolate Watchband and Zakary Thaks, (just to name a few). I wish he were here today to hear these four bands, all pillars of L.A.’s early ‘80s Paisley Underground scene, each record three of the other bands’ songs.

All four of these bands drew inspiration from a lot of the the same ‘60s groups that Phil curated for me, yet they managed to create something new and wholly original. “3×4” is the aural equivalent of crushed velvet bell-bottoms. In the immortal words of The Small Faces, it’s all too beautiful.

In 1981, Punk Rock Renaissance man Chris Desjardins created the most iconic line-up of The Flesh Eaters, enlisting Dave Alvin (guitar), Bill Bateman (drums) and Steve Berlin (saxophone) from the Blasters, along with John Doe (bass), and D.J. Bonebrake (percussion) from X. Thus, the Los Angeles Punk scene had it’s first official super group. They recorded one seminal album, A Minute To Pray, A Second To Die before everyone sorta returned to their day jobs.

In 2018 they reunited and it felt so good. Following a short tour, they hunkered down in the studio and recorded a new album. The fruits of their labors arrived just ahead of the Super Blood Wolf Moon Eclipse in January. Chris and his compadres hand-picked six songs with different incarnations The Flesh Eaters had recorded, adding three incendiary covers and two new compositions. The result is lethal and lithe, skittish and sepulchral. Beat poetry fused with blowsy melodies and razor sharp arrangements. Menace and mystery collide and it’s one wild ride.