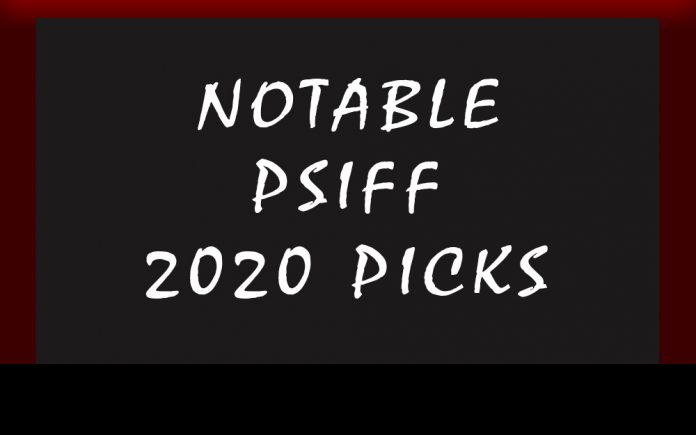 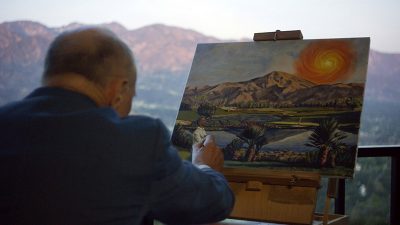 When an investigative reporter’s father passes away, he (the reporter) returns to the Palm Desert home once used by President Eisenhower and where the reporter’s dad once lived.  When one of his dad’s associates shows the reporter film footage suggesting Ike had an encounter with extraterrestrials, there’s a shift in the reporter’s paradigm that opens a rabbit hole that Alice would envy.

On a personal note, when I was a young boy, I remember the visit of a distant relative our family shared with Eisenhower who spoke of a similar incident.  It was the first time I heard the words “flying saucer.”  To this day, I have wondered about the alleged incident and believe something very weird actually happened that included Ike. 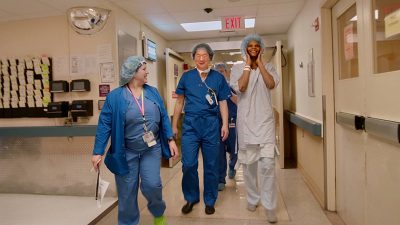 This fascinating documentary follows a compassionate and pioneering surgeon as he helps his transgender patients through their transitions and identity issues. 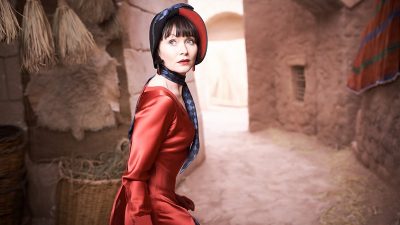 MISS FISHER AND THE CRYPT OF TEARS (AUSTRALIA/MOROCCO)

Based on the book series by Kerry Greenwood, this movie adaptation may have a special appeal to fans of Downton Abbey as well as Indiana Jones.

After freeing a young Bedouin from unjust imprisonment, Miss Fisher (Essie Davis) begins to unravel a wartime mystery involving a priceless jewel, ancient curses and the truth about the disappearance of the young woman’s village!

James Erskine’s spellbinding and unfiltered documentary on the incredible life of Billie Holiday is essential viewing for anyone who has been seduced in song by the timeless voice the great Lady Day. 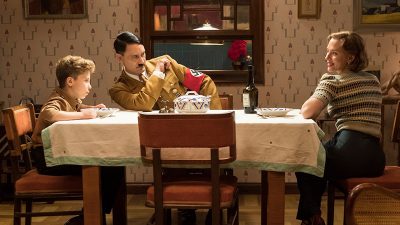 Based on Christine Leunen’s novel, Caging Skies, writer-director Taika Waitit’s outrageous WW II satire follows a lonely boy who, when he finds out his mum (Scarlett Johansson) is hiding a young Jewish girl in their home, turns, to his imaginary friend  –Adolf Hitler. 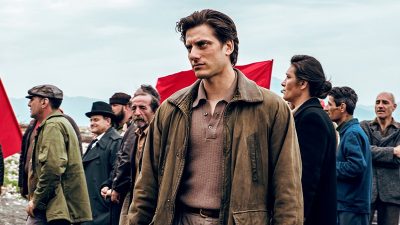 Pietro Marcello’s compelling drama, inspired by Jack London’s great novel, begins with Martin breaking up a rough dockyard fight and rescuing an aristocrat’s son.  Martin soon discovers a world beyond his working class blue-collar life and seeks access to it via success as a writer.  Inspired by his love for upper class Elena (Jessica Cressy), he spends his nights devoted to educating himself.  He finally achieves literary success but at the cost of  his moral principles. 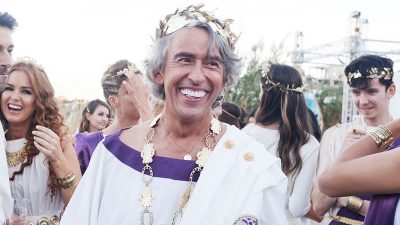 Michael Winterbottom’s latest is as funny as it is socially and politically astute.

The crazy gilded world of the super rich is the target of this bitterly hilarious satire that re-teams director Winterbottom with his thespian muse Steve Coogan.  To celebrate his 60th birthday, billionaire fashion tycoon Richard McCreadie (Coogan) intends to pull out all the stops in throwing a ritzy soiree at an exclusive hotel on a Greek island.  Planned highlights include a Colosseum scene from the movie Gladiator with a live lion!  Naturally, the ostentatious festivities spiral out of control just as the unrepentant tycoon’s past catches up with him in a long-overdue comeuppance.

No one makes movies quite like Sweden’s Roy Anderson.  For some, the filmmaker is an acquired taste, but his droll, sometimes acerbic but always affectionate take on the human condition with all it foibles and quirks is memorable and rewarding on many levels.  His trademark static camera that lingers on brief \, often tragicomic moments is on display here: they rang from a father tying  his daughter’s shoelaces to Hitler dying in his bunker. 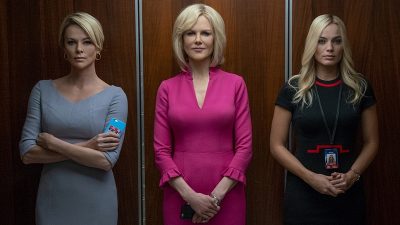 Jay Roach’ s intense look at the downfall of Fox News titan/tyrant Roger Ailes is really a look at the chemistry that gave rise to the Republican party’s current dominance and the conditions that led to Donald Trump’s election.  This compelling film is a perfect double feature with Showtime’s “The Loudest Voice” available now for home video. 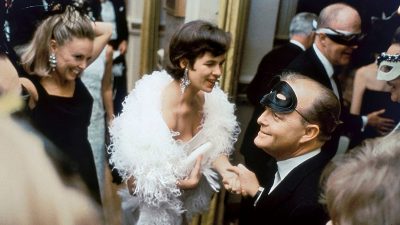 Truman Capote, abandoned by his rural Alabama mother, still managed to rise to the uppermost crust of New York society.  Ebs Burnough’s compelling film does full justice to the singular literary icon Capote was, including startling and revealing interviews with his friends and enemies as it charts his rise and very public fall. 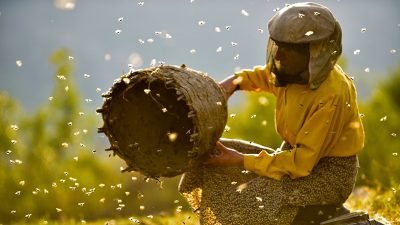 Matidze Muratova is the last of a line of beekeepers. Working on her isolated farm in a Macedonian village, she lives a life of simplicity, walking four hours daily to the nearest village to sell her honey and four hours back to care for her bedridden mother.

When a family of seven parks their camper next door, Matidze’s routine and honey business are seriously disrupted and compromised.  This stunning and wondrous must-see film is a memorable meditation on the shifting intersection of nature and humanity.  Don’t miss this one.

More than 160 film clips create an amalgam of the horrors and highs of relationship behavior.

Set in the stark, frozen and isolated landscape of Russia’s Sekha Republic, this magnificent film shows a way of life that is fast disappearing.  Married couple Nanook and Sedna have chosen this primitive, minimalist lifestyle that most of the young people have rejected, including their daughter.  When Sedna falls ill, Nanook departs to honor Sedna’s wish and find their daughter.  This heartfelt film is about globalization’s impact on our already diminishing resources and concerns for humanity’s hesitant but essential interface with the natural world.

As luck would have it, in the hallway of a “love hotel” she meets Mai (Makiki Watanabe), a sympathetic sex worker who befriends Yuma and helps her  “expand her horizons and gain confidence.”  This sensitive coming of age story is writer/director Hikari’s first feature film.

Strongest recommendation for this seductive tale of art world treachery and murderous motives.

Set on the glamorous shores of Italy’s Lake Como where a charming, ambitious and amoral art critic (Claes Bang) and his American girlfriend (Elizabeth Debicki) are summoned to the estate of wealthy art collector Joseph Cassidy (Mick Jagger).

Before much time passes, the nefarious and avaricious Cassidy blackmails the critic into a scheme to steal a painting by the legendary reclusive artist Jerome Debney (Donald Sutherland) who hasn’t shown his work or even granted an interview for decades.  Thus the mechinations for this twisty noirish tale are set in motion.  This tight adaptation of Charles Willeford’s classic novel changes the locale from Florida to Italy.

I AM NOT ALONE (ARMENIA)

Question: Can one uncompromising idealist inspire his fellow countrymen to overthrow a tyrant?  Consider the following.

When the corrupt Republican Party of Armenia bestowed near-dictatorial powers on Prime Minister Serzh Sargsyan, former journalist and member of Parliament Nokol Pashinyan, who had served time in prison for his resistance to the leader, began a two-week march through Armenia, picking up fellow resistors on his way to the capital, with the dream of stopping the election.  The turnout was a disappointment, but Pashinyan was undeterred, and as his acts of resistance turned bolder – storming the national broadcasting network, putting his body on the line against brutal police repression – the tide took an amazing and unexpected turn.

American filmmaker Garin Hovannisian, with access to the key players on both sides, captures the rousing epochal events with first-hand immediacy, producing one of the most inspirational and relevant political documentaries of the year.

If bringing down tyrants is of interest, don’t miss this great film that resonates in our chaotic and divisive culture.

Anne (Tring Dyrholm) has it all: a great job as an advocate for abused kids, a loving husband, twin daughters and a beautiful home.  But when her husband’s 17 year old son from his ex comes to live with them, she crosses the line in an effort to get closer to him.  Anne thinks she can do whatever she wants without suffering any consequences.

Gary Keane and Andrew McConnell’s eye-popping documentary about the incredible struggles of the beleaguered Gazans to live ordinary lives amidst the hate and bloody violence is a worthy entry in helping us understand why this strip of land is such a flashpoint.  At it’s heart, this compassionate film is about the perpetual human struggle to simply provide for one’s family and the right to exist.

Be sure to check PSIFF.org for additional screenings and more film info.