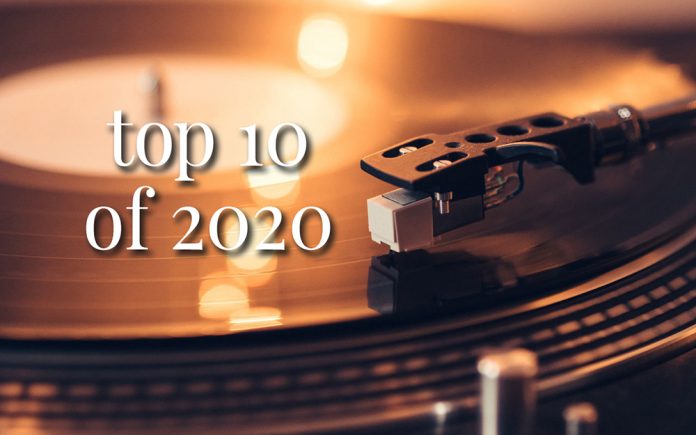 “Oh I just don’t know where to begin”

That’s the opening line from Elvis Costello’s “Accidents Will Happen,” off his third album, 1979’s brittle and brilliant Armed Forces. It’s in my head because my beautifully intuitive wife Christmas-gifted me with the recently released extravagant vinyl box set (her diligence and hard work got me a rarer than rare edition, one of only 12). I know, I’m already digressing, but it’s not like you have anywhere to be, everything is closed. So, settle in, and I promise you, I’ll make my point.

The Latin term annus horribilis, seems like the best way to describe 2020. Shitstorm works too. Beginning with the death of Kobe Bryant and continuing with the Covid-19 outbreak it feels like the whole world has shuddered to a stop. Life has become scary and people are seeking comfort from familiar things. For me, that means music. I’ve absorbed a lot of it this year and here is my Top 10 for 2020: 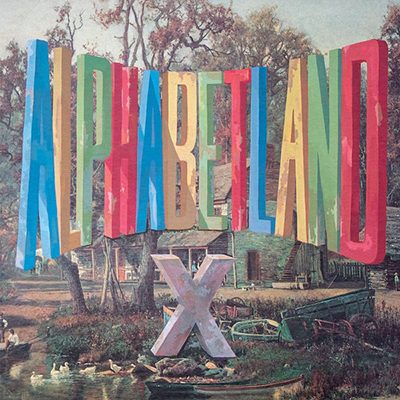 X “Alphabetland” (Fat Possum Records) This album feels especially sweet. 40 years after L.A.’s premier Punk band recorded their seminal debut. “Los Angeles” they have returned with their first album in 27 years. The four-piece, which formed in the late ‘70s and consists of John Doe, Exene Cervenka, DJ Bonebrake and Billy Zoom, were at the forefront of L.A.’s sprawling Punk scene. For the last 20 years, they’ve existed mostly as a live act. So, it was a sweet surprise when they announced a new record was on the way. “Alphabetland” is by turns sharp, succinct and shambolic. The spotlight remains on John and Exene’s distinct vocal blend, as well as DJ’s powerhouse backbeat, Billy’s patented guitar pyrotechnics and lyrics that continue to advocate for “the have-nots.” Lean and unfussy, this record stands alongside essential X albums like Wild Gift, Under The Big Black Sun and More Fun In The New World. 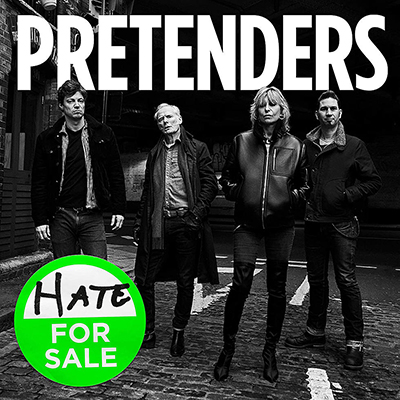 The Pretenders “Hate For Sale” (BMG Music) Yet another band that simply exploded on the scene 40 years ago. The original Pretenders line-up of Chrissie Hynde, guitarist James Honeyman-Scott, bassist Pete Farndon and drummer Martin Chambers made only two long-players and an EP before drug addiction claimed the lives of James and Pete. Prickly front-woman Chrissie Hynde has soldiered on both with and without Martin, releasing a series of hit-and-miss albums as The Pretenders. This 2020 incarnation, features Martin back behind the drum kit, guitarist James Walbourne and bassist Nick Wilkerson. The result is a lithe and economical 10 song-set that echoes the biting bravado of their debut. Chrissie Hynde’s songs continue to connect the dots between the British Invasion and primitive Punk Rock. Even as she edges closer to 70, her contralto snarl remains intact. 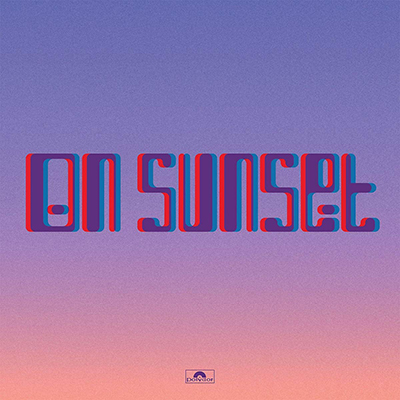 Paul Weller “On Sunset” (Polydor Records/Universal Music) Paul Weller made his bones as lead singer/guitarist and primary songwriter for The Jam, part of Punk’s inaugural Class Of ’77, (along with the Sex Pistols, The Clash, Elvis Costello and The Damned). The Jam lasted five critically acclaimed and commercially successful years before Paul’s predilection for Soul and R&B, coupled with a growing interest in Jazz led him to form The Style Council. By 1990, he went solo, his self-titled debut arrived in 1992.

Paul’ solo stuff has always been a sharp distillation of his myriad influences. His 15th solo effort, On Sunset, continues that tradition. Equal parts restless and reflective, the songs recall longtime touchstones like Pete Townshend, Ray Davies, Marvin Gaye and Curtis Mayfield. Elegant, eloquent and expansive, it presents a portrait of the artist as a not-so-young man. 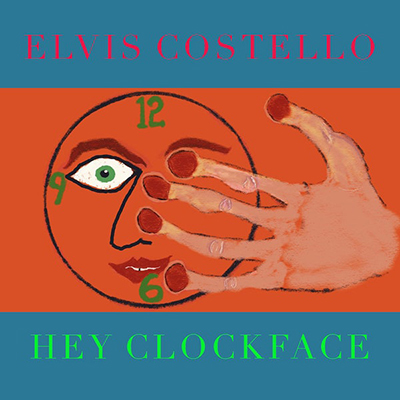 Elvis Costello “Hey Clockface” (Concord Records) Elvis Costello has been my spiritual boyfriend since 1980, so, he would have to make a Polka album played exclusively on kazoos to not earn a spot on my music-nerd Top 10. Sure, this guy was a part of England’s explosive Punk scene, but his music quickly moved beyond the primitive cool of that nascent genre. Something of a musical polyglot, Elvis embraced a surfeit of sounds, making records that paid homage to the ‘60s Soul of Stax and Motown, Country, Baroque Pop, Classical music, Jazz and Americana. His 30th album is a rich smorgasbord of styles. Complex melodies are matched by intricate arrangements and labyrinthine lyrics. Elvis strategically unleashes his inner-Punk, alongside rococo ballads, swingy Jazz and technicolor New Wave. In other words, it’s exactly what you’d expect! 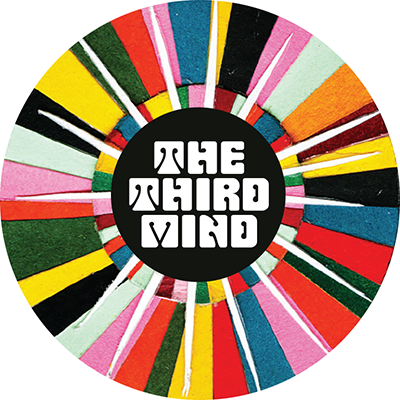 The Third Mind (Yep Roc) This self-titled debut is a collaboration between Roots-Rock pioneer Dave Alvin and a wolfpack of crack musicians (and longtime pals), bassist Victor Krummenacher (Camper Van Beethoven), multi-instrumentalist David Immergluck (Camper, Counting Crows, John Hiatt) and drummer Michael Jerome (Toadies, Richard Thompson and Charlie Musselwaite). The goal was to create music much like Miles Davis did during his late ‘60s, Jazz Fusion period. Essentially, locking into a groove by jamming in one key until something emerged.

The gamble paid off, the mostly instrumental album is by turns jammy, Jazzy, modal, skronky and sweet. A synthesis of Jazz, Blues and Psychedelia that never feels self-indulgent or forced. It’s a record that reveals new colors and textures with each listen. 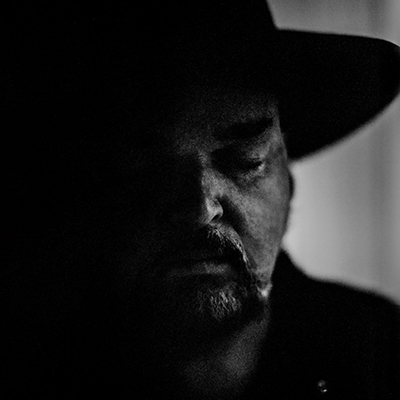 Alain Johannes “Hum” (Ipecac Records) Sometimes great art is borne out of pain and sadness. Such is the case for Alain Johannes’ third solo effort, “Hum.” He has been a pillar of the L.A. music scene since he started his first band, What Is This? with Fairfax High classmates, Hillel Slovak and Michael “Flea” Balzary.” Even though those guys went on to form the Red Hot Chili Peppers, Alain cemented reputation when he began collaborating with his love and muse, Natasha Schneider. Their band Eleven was embraced by Grunge superstars like Pearl Jam and Soundgarden. They toured with the former and were tapped by Soundgarden vocalist Chris Cornell to produce his solo debut. A few years later they were invited to join Queens Of The Stone Age.

But in the last several years, Alain’s life has been beset by sadness. His beloved wife Natasha lost her battle with cancer in 2008, six years later his biggest champion, his mom Rommy, also succumbed to the deadly disease. More recently, he was blindsided by the apparent suicide of Chris Cornell. Last November, he became seriously ill, (perhaps an early case of Covid). Flat on his back, following the breathing treatments that saved his life, he began creating music that reflected those losses. Playing all the instruments himself, Hum is suffused with beauty and sadness. Tempestuous and majestic, despite the grief and gravitas, this record is shot through with light, warmth and gratitude. 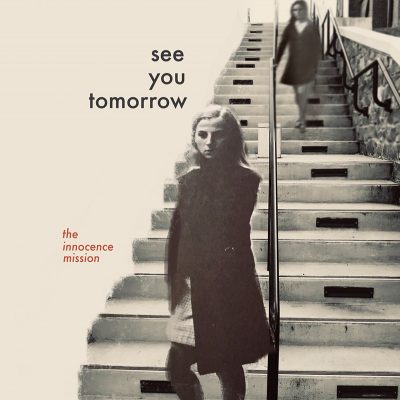 innocence mission “see you tomorrow” (therese records) The innocence mission’s gossamer sound has always been a balm for my soul. I am not alone, despite a decidedly low profile, the Lancaster, Pa. three-piece has quietly cultivated a passionate fan-base since their 1989 debut. Their 12th album doesn’t disappoint. Spiritual without ever feeling preachy, their music is defined by Karen Peris’ comforting contralto, her husband Don’s sui generis guitar style and lyrics that capture moments of intimacy, melancholy and contemplation. 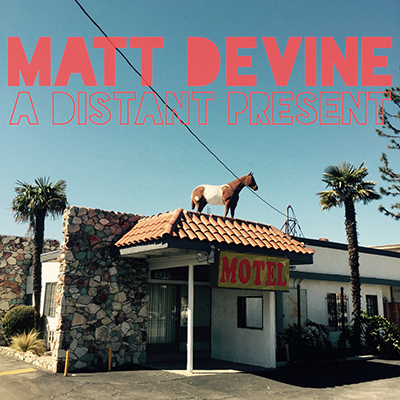 Matt Devine “A Distant Present” (mattdevine.bandcamp.com) Although Covid-19 has brought live music to a standstill, some musicians, have taken that time to comb through their archives, revisiting abandoned, or unfinished projects. Matt Devine is best known as the protean guitarist for Permanent Green Light (Michael Quercio’s post-Three O’ Clock, thrashy Power Pop/Punk band). But he also spent several years as a working musician in Austin, Texas, forming the band Ventilator, and also playing with Possum Dixon and Medicine.

Recently he unearthed some solo recordings that had been gathering dust since he and his wife had returned to Los Angeles. The concise, 10-song set toggles between Power-Pop, pure Punk and Country Rock. A sharp combo-platter of crackling instrumentation, crisp melodies and adept lyrics. It’s the kind of record that lives on your turntable for months. 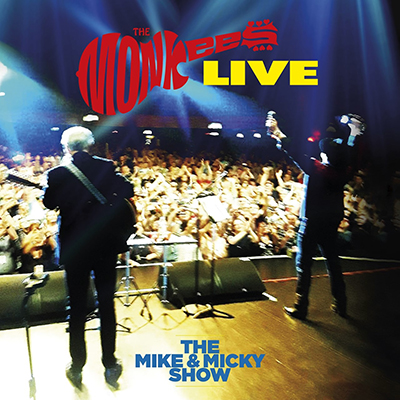 The Monkees “Live The Mike And Micky Show (Rhino Records) If you’re one of those music snobs who think the Monkees were a manufactured band, feel free to stop reading right here. Yes, two actors who sang, Micky Dolenz and Davy Jones, and two musicians who could act, Mike Nesmith and Peter Tork were cast in a TV show that hoped to capitalize on the popularity of The Beatles. Yes, their first two albums had studio musicians handling most of the instrumentation. Newsflash: so did several Beach Boys albums, as well as Byrds and Mamas And The Papas releases.

From their third album on, the four-piece played their own instruments. Even after they broke up, their TV show was shown in syndication and later aired on MTV, guaranteeing new generations of fans. The guys have reunited and toured throughout the years. Sadly, Davy died rather suddenly in 2012. But a couple years later the surviving trio recorded a brilliant new studio album, Good Times. In 2019, Peter lost his battle with cancer, but Mike and Micky soldiered on, touring together as a duo. This live album cherry-picks songs from 10 of the band’s albums, songs that hone in on the fraternal vocal blend Mike and Micky developed between takes during their long-ago TV show. Backed up by a crack nine-piece band, they tackle familiar hits like “Last Train To Clarksville” and “Pleasant Valley Sunday” as well as deep cuts like “Auntie’s Municipal Court” and “As We Go Along.” They also pay tribute to their fallen comrades on Davy’s signature song “Daydream Believer” and Peter’s plea for Peace, “For Pete’s Sake.”

The Jayhawks “XOXO” (Sham/Thirty Tigers) This Minneapolis band’s 11th album ushers in a new era of democracy and inclusiveness. Formed back in the ‘80s, the original line-up featured Gary Louris, Mark Olson and Marc Perlman, adding Karen Grotberg and Tim O’Reagan a few years in. Along with Uncle Tupelo, they pioneered the alt-country/Americana sound that later included Wilco, Son Volt, the Wallflowers, Whiskytown and Avett Brothers. When Mark Olson left the band, Gary Louris became the primary songwriter. On their latest effort, he stepped back a bit, ceding the spotlight to Marc, Karen and Tim. Musically, The Jayhawks have added some new colors to their sonic palette. Lyrically, they tackle the personal and the political, weighing in on climate change, broken romances and the 24-hour news cycle with assurance and aplomb. After 35 years, the band is mixing it up a bit, and the result is one of their best records.

Sadly, a Top 10 list is limited to only 10 records. Some of my music geek pals try to stretch their 10 choices to 20. If I were to play fast and loose with these ironclad rules, I might feel compelled to include Holsapple & Stamey’s Our Back Pages, Jonatha Brooke’s Sweetwater Sessions, Jonathan Wilson’s Dixie Blur and Tami Neilson’s Chickaboom! But I remain a disciplined Bitch Goddess! Stay safe, wear a mask, over your nose. See you in 2021.