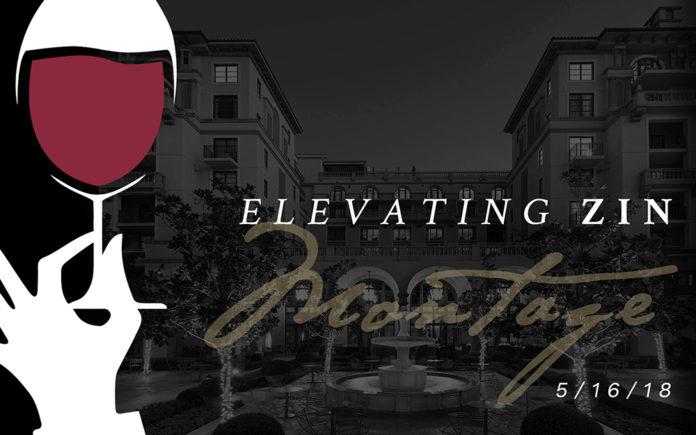 This past week, Paolo Maxilmilliano representing the Palm Springs Wine Blog and myself for CV Weekly, along with a few other wine traders and buyers, were invited to a most interesting private wine tasting affair at the Montage Hotel in Beverly Hills—fancy surroundings for sure.  But apart from the luxuriance, there was some big California wine news and attitude on the horizon.

Maybe not your usual warning Breaking News!—but, a new wave in the wine game is afoot. And we can file it under Not your Grandfather’s Zinfandel.

This column has certainly discussed Zinfandel previously—it’s often times deemed “California’s native grape”.  A quick summary would state: Zinfandel wine grapes may have arrived in America as early as 1820 and soon became a popular table & wine grape. Zinfandel then made its way west when the Gold Rush affected national history. It was the wine of the pioneers and millions of gallons were being transported and stored in San Francisco warehouses for bottling. (Interesting to note:  Unluckily, during the 1905 San Francisco earthquake, so much of those stored millions of gallons of wine had to be utilized to put out the fires breaking out in the city!)

By the close of the 19th century, Zinfandel grapes were being planted all over California. Some of these “old/ancient vines” still exist today and produce wine that can readily be found in most stores. Just a couple of weeks ago, we wrote about the Galleano Winery which is one of a handful of wineries that produce Zinfandel from remaining acreage of what was once the old Rancho Cucamonga vineyard land grant in Riverside County.

Purple-stained winemakers relished to maintain Zin’s lip-smacking intensity and concentration of expressive dark fruits by allowing their juice extended contact with the red grape skins, giving the wine its strong tannins and bold flavors that can meet up with any pepper steak or rack of grilled and charred meats lathered with sweet & spicy sauces.

During the 70s and 80s, thick full-bodied full-on vino was lovingly known as “Boot-Strapping Zin”.  Winemakers almost dared each other to make high alcohol wines—with of course, ample fruit, acidity, and tannins to balance things out. The good stuff was delicious—albeit heavy, but no one cared at the time, we Zinners simply enjoyed the moment and the style.

But let’s clear things up: Some wine consumers get a bit confused with the multiple   personalities Zin has shown over the years. It’s been made red, white, rosé, sweet, dry, late-harvest (“Port”) style, Beaujolais-style and even sparkling. I’ve met several shoppers who thought White Zinfandel came from a white grape! 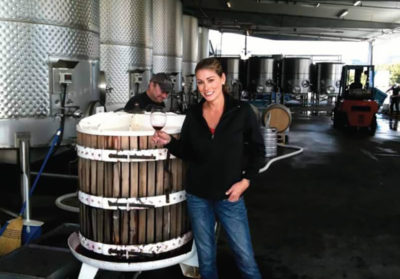 And for as long as Zin has been around, its production style and its demand at restaurants and markets has gone in and out.  Right now, Zinfandel is becoming a popular request at many California wine-savvy restaurants. And the reason is: high-minded winemakers and producers are crafting their vino along leaner and more structured lines.  Moving from full to medium-bodied with complex nuances, this new wave of Zinfandel is reflective of a European wine: the latest Zin personality appears in the style of—dare we say it—a Pinot Noir!

WineLA—a wine education, culture & events organization—as mentioned, presented the trade, and later that day, a consumer tasting called Elevating Zin at the Montage, where they teamed up with some of the world’s best Zinfandel producers showcasing the “Crème de la crème” of the Zinfandel community.  Check out their wine enlightening website: www.winela.com

For you high-end Zin fans, you would have recognized many of the producers at the event.  As your somm-about-town, I’ve come to know many of our valley’s vintage wine collectors.  And whether you’ve been educated and made aware of quality Zinfandel from your country club wine groups & tastings, or, from your local wine purveyors in our quaint valley, you guys have some impressive Zins in your cellars!  Indeed, many of you have turned me on to the likes of Biale, Turley, Bedrock, Hendry, A. Rafanelli. William Selyem, Seghesio, Bella, and Gamba.

Yup—these famed winery owners and/or winemakers, along with other prized California Zin producers, were on hand to personally discuss and taste through their current releases and a few of their prized library selections.  It was one of the most elegant but relaxed & fun tastings we’ve been to this year.  For particular wine reviews, check out palmspringswineblog.com

This column has always enjoyed covering the men and women in the wine game.  Continuing with the moniker, Wine Wise Gals, it was great to see and chat with the irrepressible Shauna Rosenblum from Rock Wall Wine Company and taste through her line-up of delicious Zins.  From her childhood, gleaning from the talents of her famed Zin winemaker dad, Ken, she is everything one could expect from a gregarious and inventive art teacher/winemaker—she’s a hoot!

I enjoy her Rock Wall Star email newsletter regularly and I recommend it to you.  Sign up at www.rockwallwines.com

And it was also our pleasure to meet and talk with one of the new wine wise gals on the scene, the talented and multitasking, Stephanie Cook, winemaker and owner of Wonderment Wines—www.wondermentwines.com.

Born and raised in Leesville, South Carolina, Stephanie began traveling the world as a fashion model, and then on to a restaurateur & epicure.  But it was her secret dream to be a winemaker, and within these past few years, having worked with the likes of Biale and Staglin, she’s catapulted to high-end wine production.  Her Zin portfolio was impressive; so stay tuned.  Cheers!