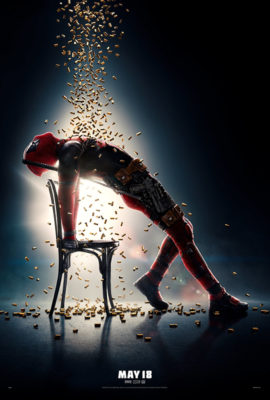 The thing that made the first Deadpool movie work so well was the novelty of a comic super-hero movie full of knowing, self-referential mockery, along with the ever-present fourth-wall demolition.

So if you liked the original, the second time around is more of the same. Thanks to Ryan Reynolds winning charisma (he was also a co-screen writer), and the bigger budget and grander action sequences, this sequel delivers on the premise and the poster.

I laughed out loud when Deadpool referred to Cable as “Thanos.”  For the short-term memory challenged, Thanos is the name of the villain in Avengers: Infinity War, Cable, is mostly the villain in this latest iteration of Deadpool. (Both Cable and Thanos are played by Josh Brolin).

The movie is chuck full of jokes that work on many levels, some of them flash by in mere seconds of screen time.

The script, by Rhett Reese, Paul Wernick and Ryan Reynolds is loaded with meta, humor that is often a little too on the nose but a welcome send-up of the genre. However, the non-stop jokes can be tiresome and a tad exhausting.

I’d prefer a stronger story along with the irreverent, profane humor. But I really enjoyed the stunning, eye-popping action sequences.

The new plot has our wisecracking mercenary joining forces with three mutants — Bedlam, Shatterstar and Domino — to protect a boy from the all-powerful Cable.

I think I audibly groaned at references to The Andy Griffith Show and Back to the Future, but appreciated the almost deadly bovine attack and the disfigured cafeteria chef Wade Wilson’s determined but admittedly loony goal of becoming Mayberry’s hottest bartender.

When it’s all over, the not so subtle message of the movie is the importance of family and friends. But plot is irrelevant to the crazy joyfulness of the whole enterprise. I did want more near death stuff with the cow.

This  winning sequel is bigger, funnier and more satisfying than the original. If you liked the original, you’ll love this. See it on one of the big screens at Mary Pickford,D’Place Entertainment, 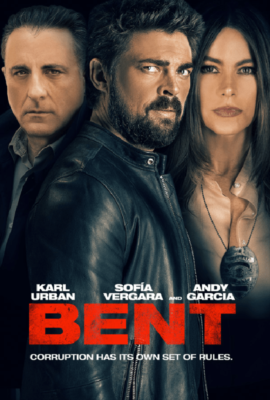 Don’t confuse this crime thriller with the superb Holocaust-era drama of the same name. This is a modern B-movie filled with obvious characters, standard tough-talk and unremarkable plotting. It’s about a discredited cop (Karl Urban) hunting for his partner’s killer when he uncovers a government conspiracy tied to a woman’s car-bomb murder.

While watching the movie, I wondered what drew writer-director Bobby Moresco, the Oscar-winning co-scripter of “Crash,” to such mundane material.

The story is based on characters created by novelist J.P. O’Donnell.  Danny Gallagher (Karl Urban) is an ex-cop wrongly deemed “bent,” or corrupt after botching drug bust that killed his partner (Vincent Spano) as well as an undercover detective.

After three years — and prison time — Gallagher decides to investigate a car-bombing death he believes linked to the fatal drug bust. With help from family friend and former cop Jimmy (Andy Garcia), Gallagher follows a series of clues and connections involving a string of nefarious types. (The film, set in Louisiana, was hot in Rome.) 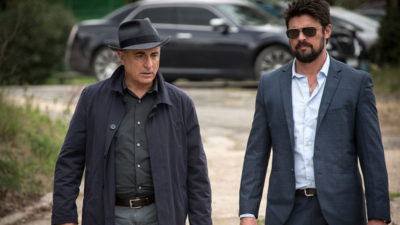 Dull action and fight scenes and an unconvincing fling between Gallagher and a federal agent (Sofia Vergara) connected to the car bomb victim don’t amp up the tension – or drama.

Oddly, Gallagher is cut, or was never in, the film’s final showdown.

The government conspiracy angle involving a top spy agency was a nice touch of faux relevance. 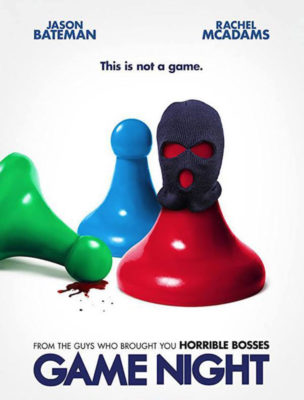 Batman and McAdams star as Max and Anni, whose weekly couples game night gets kicked up a notch when Max’s charismatic brother, Brooks, arranges a murder mystery party, complete with fake thugs and faux federal agents.

So when Brooks gets kidnapped, it’s all part of the game…right? But as the six uber-competitive gamers set out to solve the case and win, they soon discover that neither this “game”—nor Brooks – are what they seem to be.

Over the course of one chaotic night, the friends find themselves increasingly in over their heads as each twist leads to yet another unexpected turn. With no rules, no points, and no idea who all the players really are, this just might turn out to be the most fun they’ve ever had and much more than they bargained for. Serious laughs in this unpretentious yet absurd comedy thriller. Recommended.  Warner Bros.  Blu-ray.