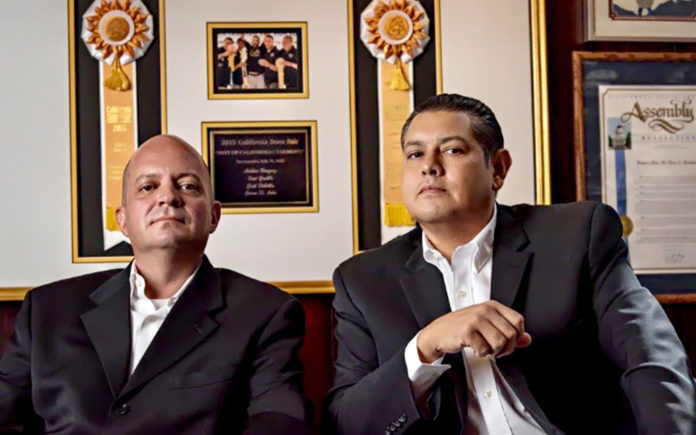 Babe’s Brewhouse in Rancho Mirage, CA, is undergoing a dramatic shift in leadership, as both Operations Manager Art Vasquez and General Manager Jason St. John are walking away after over 16 years of running the award-winning valley brewpub.

Prior to Coachella Valley Brewing Company, and La Quinta Brewing Company opening their doors, the valley had two options for micro-brewed (as they were still called at the time) beer; Backstreet Brewery in La Quinta, and Babe’s Barbecue in Rancho Mirage. While the since-closed Backstreet Brewery was part of a franchise (Brewpubs like BJ’s, Rock Bottom, and Backstreet were early trends in the craft beer movement, and helped to bring craft to the mainstream), Babe’s BBQ and Brewhouse was a stand-alone restaurant created and opened by Don Callender in 2002, with his longtime employee and right-hand man, Art Vazquez, brought in as Executive Chef and Operations Manager. 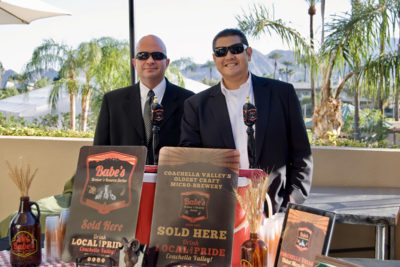 Babe’s has a special place in my heart for several reasons, the first of which being Babe’s role in helping me to discover craft beer. I remember going in there for the first time around 2008, and really feeling a sense of excitement at the variety of beer that was brewed exclusively for the restaurant (like many other casual patrons, I had no idea there was an actual brewery in Babe’s). I’d been a long time La Quinta resident, and Backstreet Brewery was right around the corner from my house, but those drives across town to Babe’s were so much more satisfying because the beer was just better made. Several years later I’d find myself an employee of Babe’s, hired on as the assistant-brewer and part of the special event team.

Under the watchful eyes of Vasquez and General Manager Jason St. John, who joined the operation in 2008, Babe’s beers began collecting merits in various beer competitions year after year, culminating in 10 awards at the LA international competition between 2009 and 2011. A demand for Babe’s beer started, and in 2012, the decision was made to begin selling to local restaurants across the valley. Without a third-party distributor shipping the product, the duo found themselves having to market their beer to more than just Babe’s thirsty customers. “I found myself cold-calling restaurant after restaurant to sell our product, but it’s really what had to be done,” explains Vasquez in an interview, “People didn’t know that Babe’s made beer! There were a lot of challenges in self-distributing.”

The strategy worked, paying off in a slow but steady increase in production. In 2012, Babe’s was brewing about 200 BBL’s (or 6,200 gallons) of beer a year for the restaurant. By 2017, that number more than doubled, with Babe’s brewing more than 525 BBL’s of beer annually and selling $100K worth of it to business across the valley. Impressive numbers when you realize just how small a brewery Babe’s is, with the ability to produce no more than 10 BBL’s of beer at a time (As a guy who brewed the beer between 2015 and 2018, I can tell you that time management was an essential skill to have).

In 2015, The California State Fair in Sacramento named Babe’s the Brewery of the Year, and the Brewhouse was once again lauded in 2017 when it won Coachella Valley’s Small Business of the Year. When asked if these were their biggest accomplishments while operating Babe’s, Vazquez and St. John pointed out their work in the community as being their proudest moments. ‘Hops for Isaiah’ was a 2017 event that saw Babe’s collaborate with La Quinta Brewing Company to raise money and awareness for a local child stricken with Leukemia. 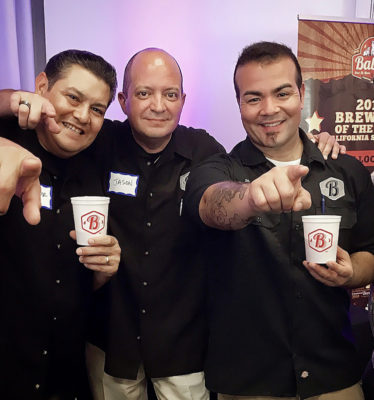 Often referred to as The Godfather of the Coachella Valley Beer scene, Vasquez dismisses the title, and points to relationship building as being a tool to success. “We’re really proud of the relationships we’ve made with Scott and Derek from La Quinta Brewing, Jimmy Hahn from Beer Belly, Nick Adler from Golden Voice,” says Vasquez, “networking is really important when you’re running a business.” Jason St. John’s involvement with the city of Rancho Mirage first saw him placed on the board of directors in 2014, then elected as the city’s Chairman of the Board this year. Humble and soft spoken, St. John backs up the notion that community involvement has been the most rewarding aspect of their accomplishments.

When asked why they’re leaving Babe’s after accomplishing so much and being responsible for so much of the company’s growth, both men were reticent in their response. “I’ve achieved all I could as an employee of Babe’s,” explains Vasquez, “it’s now time for me to take my passion and do it as an owner.”  St. John nods, “I’ve learned great lessons and forged amazing relationships in my last decade at Babe’s. It feels right to apply those assets to a newer project now.” When asked what that new project could be, Vasquez and St. John remained tight lipped, but admitted that they’ve got strong investors behind them for a startup that could see ground being broken as early as next year.