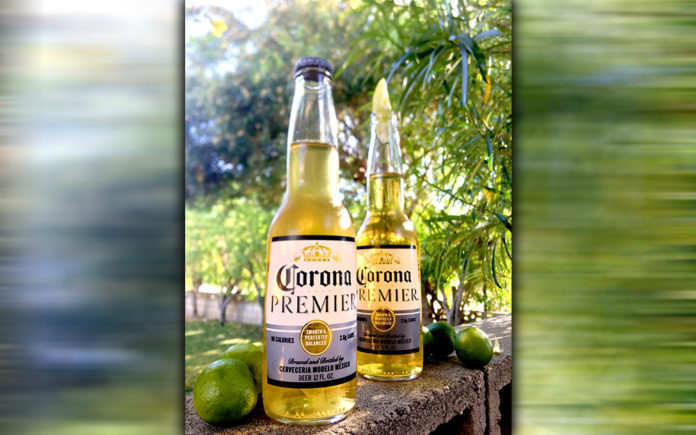 Growing up, there were two rumors that persisted enough so that I staunchly believed them. The first was that cheap cigarettes were made from the tobacco that factory workers swept off the floor, and the second was that Corona beer contained pee from the brewery workers who knew those bottles were coming to the US.

The fact that I lost sleep over urban legends about booze and cigs tells you a lot about what was important to me in my youth.

The story about brewery workers pissing in Corona persists to this day, and it’s a miracle that the brand endures the popularity that it does despite the popularity of the story!

See, back in the late 1970’s, Corona had just started being imported from Mexico to the United States and it quickly became the number two selling imported beer behind Heineken.

Well, distributing company Luce & Sons of Reno was keen on Corona staying number two, and they were the people responsible for starting the rumor about Corona piss in 1987. That rumor spread like wildfire, the slander spread across the nation, and Corona not only sued Luce & Sons of Reno, they spend about half a million dollars on a public education campaign to let the country know that the piss taste of Corona didn’t come from actual piss. 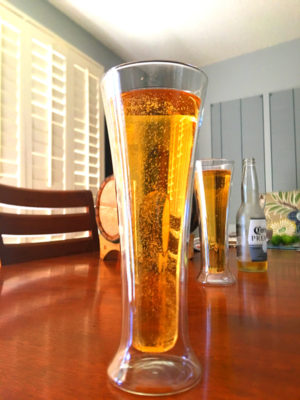 Now, if you’ve ever had a Corona that did taste like a skunk relived itself in your bottle, there’s an actual scientific reason for that. Beer has this weird way of tasting sulfury and skunky if sunlight is allowed to hit the bottle for even a little bit of time. The UV rays breakdown the acid compounds found in hops, and those denatured compounds create a new chingadera that is molecularly like sulfur.

Anyway, if you’ve been drinking Tecate your whole life because you’ve been trying to avoid drinking pee, I’m here to tell you it’s safe to swig Corona because it’s pee-free, my peeps.

By the late-90’s, Corona had recovered from the declining sales caused by the rumor, and was once again a success in the US thanks to clever marketing and advertising. And here we are in 2018 with the first Corona product to debut in 29 years, Corona Premier.

Premier is the brands version of an ultra-light beer, with only 90 calories and 2.6 grams of carbs per bottle. My cast iron liver and I bought a six-pack of the stuff, and set to review the seasons newest light lager.

Gone is the yellow labeling of a Corona extra bottle, premier goes for a sophisticated look with grays and blacks against a stark white background, the word premier written in an almost taciturn font that complements the old English lettering of the Corona label.

The beer itself pours an assertive gold that isn’t quite the light hay color you’d find in a Michelob ultra or similar beers that pride themselves on being more alcoholic then tap water.

Just to be sure (and because I wasn’t drunk yet), I popped open a second bottle and added a wedge of lime in the neck. What is it about Corona that lime enhances it so much? It just becomes much more of a treat with the added acidity from citrus fruit.  4/5

The nose is familiar if you’ve ever had a Corona product; a light herbal bitterness with a barely perceptible citrusy hint, the yeast used in Corona seems to have more character in the nose than anything else. 3/5

You can definitely tell this beer is missing calories. Smooth, without any kind of astringency or bitterness; the beer has a light and almost airy character to its flavor but still manages to retain the character of Corona. 3.5/5

Medium-thin, which is still fuller bodied than you’d expect from a beer with 2.6 g of carbs. Not the carbonated barley water that is Michelob Ultra. 3/5 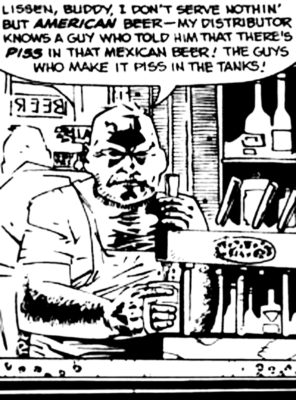 No one is going to call this competition for Alesmith’s Sublime Mexican Lager (still my favorite when it comes to the style), but compared to Michelob Ultra, Miller 64, and Bud Select 55, Corona Premier packs more flavor into that narrow-ass bottle neck than the competition. An excellent summer beer that keeps you in that bikini body without feeling like you’re drinking pee-pee water. Which you’re totally not, just saying.