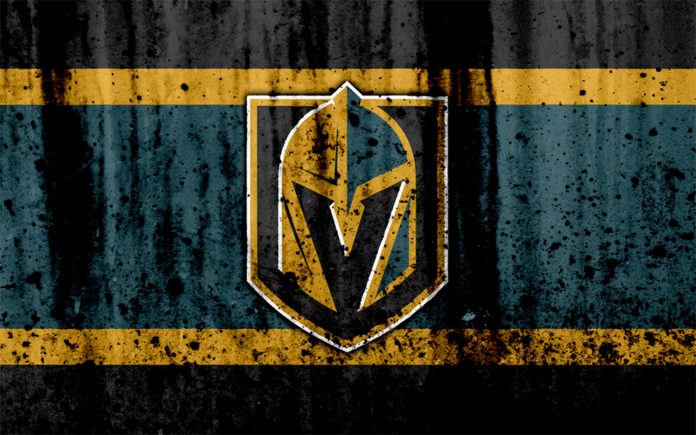 The Vegas Golden Knights have a nickname for themselves. After they punched their ticket to the Stanley Cup Final on Sunday night, they’re happy to say it with pride.

“We call ourselves the Golden Misfits for a reason,” said winger Ryan Reaves, who scored the game-winning goal in Game 5 of the Western Conference finals. “We’ve proven everyone else wrong all season.”

Vegas defeated the Winnipeg Jets 2-1 on the road to win the series 4-1.

The Golden Knights dropped the first game of the Western Conference finals then won four straight, never trailing in that span. They have been defying expectations and know they still might be underdogs.

Whoever we play in the next round, I’m sure they will not be favored. The Golden Knights will play the winner of the Tampa Bay Lightning-Washington Capitals series. The Lightning lead the series 3-2, with Game 6 on Monday in Washington.

The Golden Knights become the second expansion team in the NHL, NBA, NFL or MLB since 1960 to reach a championship series in their first season. The other team was the 1967-68 St. Louis Blues, although that was at a time when the league had just 12 teams and eight made the playoffs.

The Jets had the second-best record in the NHL and their longest winless streak during the regular season was three games. They lost four straight to end the season.

After the game, the Golden Knights were awarded the Clarence Campbell Trophy for winning the Western Conference. Some people in hockey are superstitious and don’t believe in touching that trophy because it signifies celebrating before the grand prize: the Stanley Cup.

According to Engelland, he was encouraged by goaltender Fleury, who said Pittsburgh Penguins captain Sidney Crosby had no problem touching the Prince of Wales Trophy, yet still won the Stanley Cup three times.

“All season long we haven’t been superstitious,” Marchessault said. “Why stop now?”

Golden Knights general manager George McPhee participated in a small scrum in the locker room after the game, then politely cut it short, telling reporters: “You know what, this should be about the players.”

Fleury once again sparkled for the Knights, stopping 32 shots for the win. It has been quite the year for Fleury, a former No. 1 pick of the Penguins, for whom he won 375 games — and three Stanley Cups — over 13 seasons.

On May 17, 2017, Fleury allowed four goals on nine shots in the first period of Game 3 of the Eastern Conference finals against the Ottawa Senators and was pulled in favor of Matt Murray. It was Fleury’s final appearance for Pittsburgh.

One year and three days later, he is once again in the Stanley Cup Final — this time with a brand-new group.

The two players to score for Vegas on Sunday were not selected in the expansion draft. Winger Alex Tuch tallied a goal 5:11 into the first period. Tuch was acquired as part of a trade agreement between the Minnesota Wild and Golden Knights, through which Vegas agreed to take forward Erik Haula in the expansion draft, instead of one of the Wild’s better unprotected players. Reaves tipped in a shot at 13:21 of the second period for what would be the game winner. Reaves was acquired at the trade deadline from the defending Stanley Cup champion Penguins.

Even the Golden Knights did not predict this success.

Foley, who paid a $500 million fee for expansion, also laid out his expectations in August: “We’ll be pretty good in three years and we’ll make a run in five or six.”

The Golden Knights’ stunning season sets the bar high for the next time the NHL expands. The league, currently at 31 teams, has allowed an ownership group from Seattle to apply for expansion. The fee the NHL set is $650 million, a $150 million raise from what it set for Vegas. Which currently have the Knights as co-favorites at +112 with Tampa Bay then the Washing Capitals at +850. Being a U.N.L.V. Graduate and living part-time in Summerlin. I personally am proud of my home town Vegas Knights. I’m proud that the old boring narrative of professional sports couldn’t work in Las Vegas because of the gaming aspect has been defeated.  They are no doubt my and quickly becoming America’s home team for Hockey.  GO KNIGHTS!