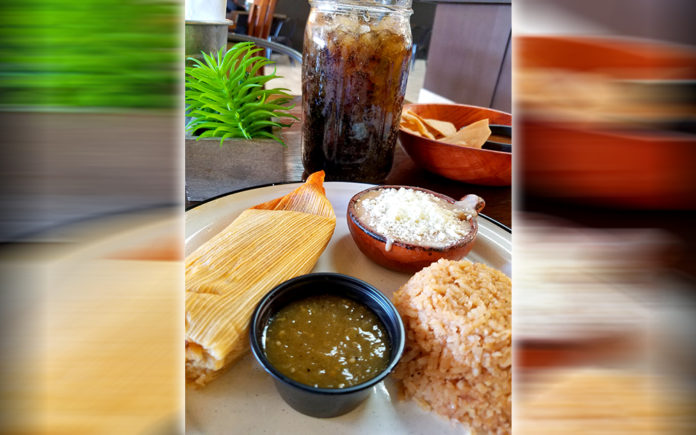 The International Tamale Festival award lined counter was a dead give-a-way that I was in for food that was going to tip my “Yum” scale. Framed with warm tones, and welcoming décor, the ambience put me at ease, creating its own atmospheric appetizer. For me, being there was one of those lucky situations. Where I heard about it from someone who heard about it, and they swore that their Tamales were the best that they’d ever had. Well, with that kind of endorsement, there was no doubt that I would be crossing the restaurants threshold sooner than later.

Casa de Silvia opened two years ago, but has only been a full-service eatery for the past year. They started out doing catering, focusing on their award winning tamales. Matriarch Silvia Rendon is at the helm of the kitchen, her family works along her with including her daughter Isamar. In no time at all requests for more dishes came rapidly pouring in, and the family decided to expand as a restaurant, offering a variety of Mexican specialties. Isamar explained to me that their home style menu incorporates different dishes from different areas of Mexico, and does not focus on just one specific area. That kind of diversity gives their menu a delicious edge and their customers a range of choices.

As it was the Tamale talk that brought me there, it was only fitting that I would lead with the dish as my introduction to Casa de Silvia’s food. Made daily, along with everything at the restaurant, the Tamale selection can fluctuate as demand subtracts its availability. Luckily, I was there early enough and had the option between Pork, Cheese or Chicken. Being a pork freak, there was no deciding. I ordered the Tamale as a combo with rice and beans (as I have mentioned before, the rice and beans in a Mexican restaurant is my gauge for their food). It is stated on their menu, for guests to be patient as their food is scratch made, and does take time…basically, don’t be in a hurry, relax and enjoy. A practice that should always be exercised when dining out, but hey, that’s just me. 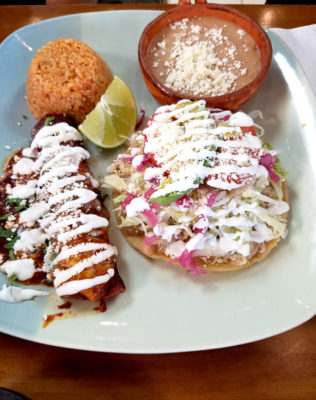 I didn’t wait long at all actually, and after my experience there, I would have happily waited without compliant. The plate came out adorably staged, everything looked perfectly placed, even the small clay dish that housed the beans was so cute….I mean just darling! I unwrapped the corn husked encased Tamale, and examined it for its filling to masa ratio, an important tactic that I have come up with to evaluate a good Tamale. From my view, the ample Tamale looked completely balanced, and even had some residual filling protruding out of its seams. It was time to dig in, my fork made contact with the fluffy masa, and from the lack of resistance from my utensil, I could tell that the masa was moist and soft. The nucleus of the Tamale revealed a beautiful bed of crimson pork filling. I knew the bite was going to be big time Yum….and yeah, it was! I gave it a Yum, Yum, Yummers! It really was one of the best Tamales that I have ever had. It all came together, the masa and the filling, light in texture yet hearty. And then there were the rice and beans, which at one point became a little embarrassing for me. They were crack beans, the addictive beans that I can’t get enough of, coupled with the float in the air rice. Well, I was in rice and beans heaven. I found myself scraping the little adorable clay bean bowl for every last bean morsel, almost hoping that the beans would regenerate in some way. Finally, realizing that beans were really gone, and not going to re-appear, I put the fork down. Oh my goodness, it was so good!!

But little did I know, I wouldn’t have to go without Casa de Silvia for long. I actually returned swiftly the following day, with my boyfriend and his family. It turns out that they were going to have lunch there, so “Why yes, I’d love to come too!” It was a perfect opportunity to try more of their food. This time I tried their Coachella Chili Verde (tender chunks of pork in a delicious homemade green sauce), and ordered a side of Mole sauce (dried chiles, onion, garlic, ground seeds, nuts and spices), just because I love Mole and wanted to taste their version of the complex sauce. Everyone at the tale ordered something different, which allowed me to take more pretty food photos. 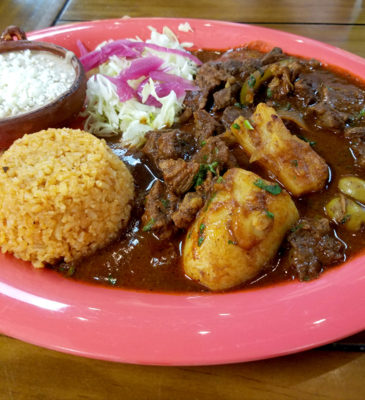 My Chili Verde was insanely tasty, with the perfect amount of heat for my buds, and came with homemade corn tortillas. And the Mole sauce, well, I could pretty much put it on anything. Between the Mole sauce and the beans I really didn’t need anything else. My boyfriend had the Barbacoa Sinaloa (slow-cooked beef stew in red sauce) and his family tried combination plates with Tacos, Enchiladas, Tamales and Tostada’s. All of it was amazing, and I do mean all of it. I even tried their Horchata Iced Coffee, because I had so much room left in my stomach. The drink is a must for those who love Horchata, a cinnamon and caramel treat, with a kick of espresso.

Moderately priced, Casa de Silvia is opened for breakfast and lunch every day except Wednesdays. Guests can dine in, or take out. Weekends are especially busy, so get there early.

There is so much more that I look forward to trying at Casa de Silvia’s, the food is just freaky good. Along with their homey vibe, and genuine service, it is easy to become one of their biggest fans.