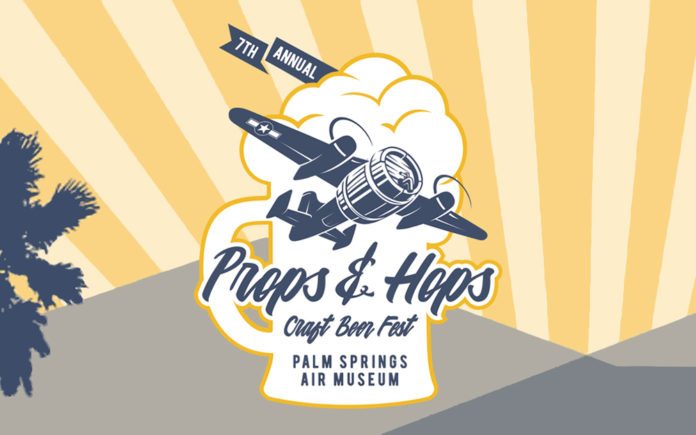 I don’t know about anyone else’s craft beer journey, but mine owes a lot to beer festivals. Although I’d enjoy the occasional Fat Tire or Samuel Adams Boston Lager, my main beer of choice for years was Miller Light, mainly because it was cheap and plentiful, and could be found in every grocery store I visited. Homebrewing my own beer started a path to my craft-oriented curiosities, but it was attending my first ever craft beer event that blew those doors wide-open.

That event was the first Palm Springs Craft Beer Conclave, held in the parking lot of the Palm Springs convention center in 2010. There were maybe a dozen breweries and just as many food trucks on hand, with a homebrew club there to educate those who were interested in brewing their own. Unfortunately, all I could do was watch other people drink, because I was an EMT on-duty and assigned to make sure no one got so hammer-kablammered that they’d slip, fall, and get a mouth full of pavement. Thankfully, no one was hurt that year, and my most lasting impression from that day was how good the burgers from Red Robin’s food truck actually were.

I worked the Palm Springs Craft Beer Conclave as an EMT the next year as well, and this time they’d paired with the Palm Springs Air Museum and brought dozens of vintage airplanes that were arranged and displayed around the streets of the convention center. The event was a success, and the combination of the Air Museum and craft beer has become a yearly event that allows beer fans to actually fly in vintage aircraft while sipping their favorite brews.

This Saturday, November 17th marks the 7th annual Props and Hops Fest in Palm Springs, CA. Hosted at the Palm Springs Air Museum since 2012, this annual event sees between 1,500-2,000 guests every year, and has become a yearly fixture that draws as many first timers as it does returning residents. Event organizer Heather Gage explains, “It brings people in who wouldn’t otherwise come to the air museum regularly, and they discover a part of Palm Springs they didn’t know was there.”

When asked what event-goers can expect from this year’s Props and Hops, Heather says, “We will be having The John Stanley King Band, and DJ Alex Hamilton providing the entertainment. In-N-Out plus 3 other food vendors will be available, 25 breweries will be onsite providing tastings, and it’s the only festival in Southern California where you can catch a ride on one of our vintage airplanes!”. Breweries on hand at Saturday’s event include Absolution, Babes Brewery, BoochCraft, Ballast Point, Belching Beaver, Brewcaipa, Bootlegger’s, Charlie’s, CVB, Drake’s, Hangar 24, King Harbor, La Quinta, Lost Abbey, Refuge, Slo Brew, Stone Church, Thorn Brewery, and many, many more.

In 2012, the event was moved from the PS convention center to the PS Air Museum, and part of the event became a BJCP (beer judge certification program) recognized amateur brewers competition. Many winners of those competitions went on to have careers as professional brewers, including myself. I switched careers from EMS to craft brewing and began as assist brewer at Babes Brewhouse in 2015. I represented Babes at Props and Hops in 2016 and ‘17, and this year I return as a representative for my new home, Brewcaipa Brewing Co.

VIP ticket holders at this year’s event should arrive at 12 noon to get the full experience of the VIP hour. General admission gates open at 1pm, and tickets can be purchased through the Props and Hops website https://palmspringspropsandhopsfestival.com