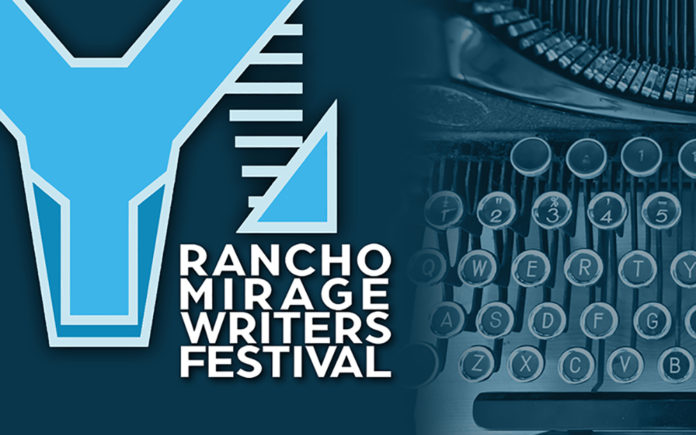 The Fifth Annual Rancho Mirage Writers Festival (RMWF) begins Wednesday, January 24, and runs through Friday, January 26 at the Rancho Mirage Library & Observatory.   This year celebrates 45 authors with 21 special guest moderators.  This “intimate” gathering of readers and book lovers is sold out.  Only one thousand passes were available.

While the festival covers all literary genres, it has an emphasis on nonfiction, biography, history and current events.  Many of the featured authors have been recognized with Pulitzer Prizes, National Book Awards, and/or MacArthur and Guggenheim Fellowships.

For the first time, the event includes a theme: “Gloriana Britannia” which welcomes authors from across the pond who will talk about historical figures, food and royalty.

Since the Coachella Valley is home to so many celebrities and industry professional, the RMWF always includes a distinguished group of authors and moderators who share their books and knowledge not only about Hollywood but also the world beyond. 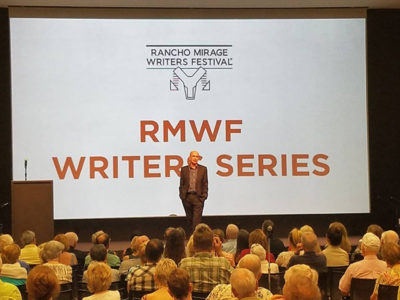 For the second year, the Festival will be covered by C-SPAN’s Book TV!  The popular cable program airs on weekends highlighting nonfiction books, book festivals and author interviews.

The RMWF runs three days with 85 sessions!  Every hour in five different areas of the library, authors engage with readers and current events are discussed with high-profile moderators and panels.

With so many great programs happening at once, the most challenge aspect of the Festival is deciding who to see and when.  But the City of Rancho Mirage posts videos of all the presentations and up-loads the RMWF to its website and city television channel.

Eighty percent of the RMWF is made possible by donations contributed by “Angels.”   Angels give $5,000, which comes with passes and special invitation privileges.  Because of their generosity, it makes it possible to keep the cost of a standard Festival pass affordable at $500.

The RMWF is a high-end, yet low profile local Festival.  With the city’s clout and community, the Festival draws big names and bestsellers.  Yet, few hear about the RMWF since it has limited seating and sells out in a matter of hours when tickets go on sale the previous year.

In only five years, the RMWF has gained national attention as is considered one of the best writers festival in the country for its size, sincerity and sunshine.

From dogs, democrats, doctors and divas, the Fifth Annual RMWF is once again set to deliver a bounty of ideas and intriguing intellectual stimulation.

For more information and how to purchase passes for the Sixth Annual RMWF call 760 341-7323 or visit the website rmwritersfest.org