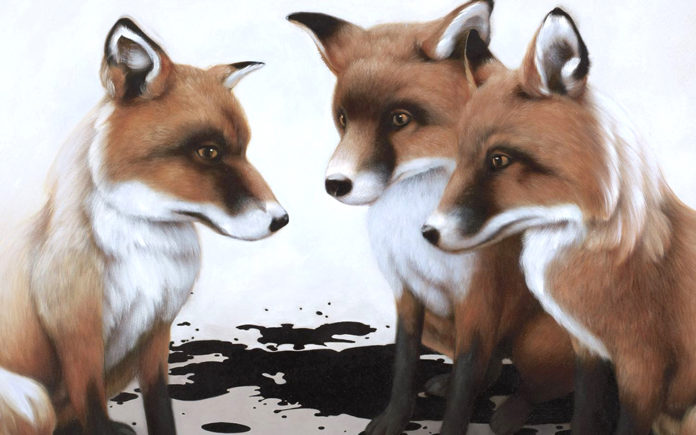 an exceptionally successful rock group, in particular, one formed by musicians already famous from playing in other groups.

Super Groups can be tricky. Sometimes the results can be incredible, (see Cream, Traveling Wilburys, Derek & The Dominoes, Them Crooked Vultures and Crosby, Stills, Nash & Young). Sometimes the outcome can be execrable (see Asia, Damn Yankees, Velvet Revolver, SuperHeavy and the Hollywood Vampires).

Back in 1981, Peter Buck was managing an independent record store in Athens, Georgia. He met budding musician Michael Stipe, and the pair bonded over their mutual love for the Velvet Underground, Wire, Television and Patti Smith. With Michael on vocals, and Peter on guitar, they recruited bassist Mike Mills and drummer Bill Berry they formed R.E.M.

A self-released EP garnered enough buzz to get R.E.M. a deal with I.R.S. Records. Throughout the ‘80s, relentless touring and recording positioned the Athens four-piece (along with U2) as the forefathers of the Alternative Rock scene.

After a remarkable 30 year run, that included 15 studio albums, three live records and countless compilations the members of R.E.M. amicably called it quits in 2011. Peter Buck, who had always remained busy with side projects like the Minus 5, Tuatara, and the Venus 3, wasted little time in releasing a self-titled debut in 2012. Two more solo efforts appeared in 2014 and 2016.

Scott McCaughey originally made a name for himself fronting legendary Seattle-Portland Post-Punk favorites, the Young Fresh Fellows. In 1994, R.E.M. tapped him play second guitar during their live shows, a position he held until 2011. Although he continued playing with the Fellows, he still found time to participate in Peter Buck’s myriad side projects and solo efforts.

Kurt Bloch began his career with seminal Seattle Punk band the Fastbacks and has played on several Peter Buck projects over the years. Same with Bill Rieflin, a journeyman drummer who has played with influential Industrial bands like Ministry, Revolting Cocks and KMFDM. He also toured with R.E.M. and currently pounds a kit for Prog progenitors King Crimson.

Much as R.E.M. defined the Post-Punk/Alternative ‘80s, Olympia Washington’s Sleater-Kinney exemplified the Post-Grunge/riot grrrl Scene that coalesced in the ‘90s. The distaff trio of Corin Tucker, Carrie Brownstein and Janet Weiss formed in 1994. Over the course of 11 years, they released seven studio albums that garnered critical acclaim and made them Indie superstars.

Sleater-Kinney came roaring back in 2015, but during the interim, Corin collaborated with Sara Lund and Seth Lorinczi, releasing two albums in 2010 and 2012 as the Corin Tucker Band. Still, she also found time to participate on Peter Buck’s solo records.

Filthy Friends began as sort of a Busman’s Holiday. When Scott, Peter, Corin, Kurt and Bill first got together it was just to goof around and play David Bowie covers. But the chemistry proved too good. Pretty soon, Corin and Peter had written 12 new songs from scratch, motivating the five-piece to book time in a recording studio.

The lyrics offer a blunt excoriation of the Cheeto-In-Chief and the prevailing white male power structure; “The gold watch strapped around your wrist must have stopped some time ago, the day is fading quickly and the hour is nearly here/The whitest chalk upon the land is about to disappear.” As squally guitars crest over the instrumentation, she insists the revolution is now “Holding on to the past won’t make it repeat, it’s time to get up I think you’re in my seat… I will roll you gently, the kiss will be sweet, your time is over, your power’s peaked.”

That social conscience also carries over to “No Forgotten Son.” A blast of Punk Rock fury, the song is accented by Blitzkrieg guitars, thundering bass and a pogo rhythm. The lyrics challenge “Stand Your Ground” laws, pay homage to Black Lives Matter and mourn the loss of boys like Trayvon Martin, “torn apart by one misjudge.” As the song speeds to a conclusion, there is a sliver of hope for the future; “Tell me there’s another way for us to live for us to say: Got to love all the kids black, brown or white or Yellow-skinned, let’s face our problems one by one and let’s Do it all without a gun/Get justice now for all our sons, we’re sorry now for what was done.”

Lyrics time-travel 30 years to limn the desperation and ennui that coated the late ‘80s. To paraphrase the disclaimer from “Dragnet,” ‘The story you are about to hear is true; the names have been changed to protect the innocent.’ A few deftly turned phrases set the scene; “15 and at loose ends, 1988, she’s 5’6” 110, New Wave hair, piercings everywhere and a broken heart under there somewhere.”

“Faded Afternoon” is a catchy, mid-tempo Rocker. The autumnal melody wouldn’t feel out of place on an R.E.M. record from the early ‘90s. Urgent and insistent, it’s fueled by a stop-start rhythm, sugar rush guitar and piquant piano runs. Although a romantic relationship seems to have run its course, but Corin pleads for one last hurrah; “Couldn’t we say all the dumb things? The same talk we’ve had since ’92, couldn’t you tell me what you’re thinking? I like the way you look when you move.”

Finally, “The Arrival” vibrates with Pure Punk energy. A bludgeoning beat collides with rumbling bass lines and spiky guitar. Corin’s vocals are yelpy in all the right ways as she urges a friend to push the reset button and reconnect with The world; “If you pack away your troubled past, we could dance all night we could start right now/We could ring the bells, paint the town red, what I’m trying to say is I’m glad you’re here.”

The best tracks here are “Windmill” and “Any Kind Of Crowd.” The former opens with fractious guitar riffs that spiral and corkscrew. Rather quickly, a walloping back-beat kicks in and the lyrics offer a genuflection to the thriving music scene in Athens, GA noting “every band has their own beat, a different voice that you want to meet.” They even name-check the tiny 40 Watt Club where R.E.M. got their start. The grinding guitar solo on the instrumental break churns with Psychedelic-Cyclonic intensity as the song skids into home plate.

The latter is slightly more frenetic, soaring vocals connect with jangly guitars and a locomotive rhythm. Corin’s sweet-sour wail rides roughshod over an irresistibly hooky melody. Here the lyrics recall a romantic assignation forged on the dance floor. The sunny surprise is the relationship stayed strong; “The years formed rings, laugh lines of expression, the days that we have seen/The road’s not smooth, we twist and we tumble and fall into it again, everything returns to you.”

Other interesting tracks include the buzzy delight of “You And Your King.” “Brother” pivots between strummy guitar and shards of feedback. Meanwhile, “Makers” weds a bludgeoning beat to cacophonous guitar. Both songs feature additional bass from Grunge icon Krist Novoselic.

The album closes with the title track. Surprisingly old fashioned, the song splits the difference between British Music Hall whimsy and syncopated 1920s Jazz. Corin’s lilting croon is bolstered by rippling acoustic guitar, tinkling keys and a plush meter. Receiving a formal invitation to a party, she attends, confiding, “my shyness thrown aside, I came alive.”

Perhaps it was an invitation to join these cruddy compadres, these filthy friends, because by the close of the song she promises “when the band plays, we’ll sing our favorite songs, boys.”

Ramshackle and rough around the edges, Filthy Friends’ debut may not be essential, but it’s a hell of a lot of fun.