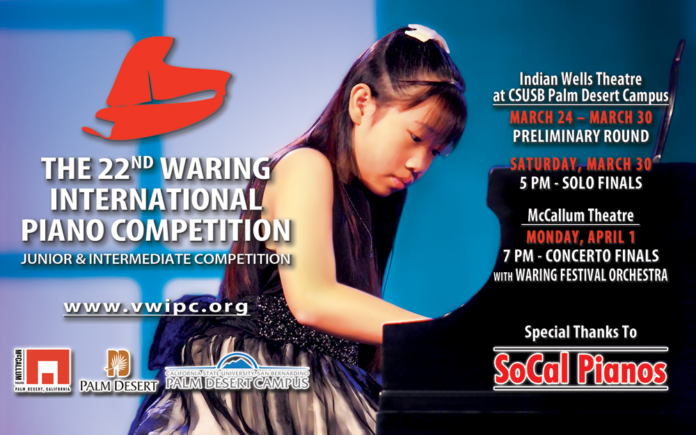 “It’s phenomenal. We’re so lucky to have it. We’re watching the future pianists of this generation. We come from Rochester, NY. Some of these students are better than the students at Juilliard and Eastman [Schools of Music],” said Maureen Johnson, Indian Wells, about The Waring International Piano Competition. One week only – from March 24 through April 1, 2019, eager audiences will again gather in the exotic winter environment of Palm Desert, California to witness a contest of artistic mettle by 38 of the world’s gifted young classical pianists aged 17 and under from 8 countries during The Waring International Piano Competition’s Junior and Intermediate Age Divisions. The event is open to the public with most events free and held at two venues, the Indian Wells Theater at the California State University, San Bernardino – Palm Desert Campus and at the McCallum Theatre in Palm Desert. Carol Schreck, visiting with her husband from Philadelphia, PA said, “This is some of the best piano I’ve ever heard. People should come here and camp out for the whole of The Waring International Piano Competition.” It will be four years before this next age group returns to the Desert. 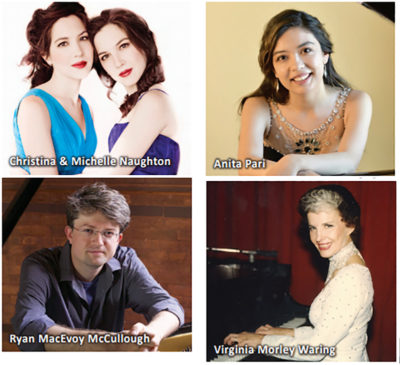 The event is viewed as an important springboard for young piano prodigies of the solo and orchestral piano repertoire. In the words of Michelle Naughton of Madison, Wisconsin, who won performances in Denver, Colorado; Ft. Meyers, Florida and Palm Desert for first place in the Intermediate Solo and Orchestral Competition, “I feel excited and lucky.” 2nd Place Winner Ryan MacEvoy McCullough says “It was a fantastic experience. I learned a lot just from being here and listening to everyone play. I didn’t come with any expectations about the outcome.” Adjudicator Frank Weinstock comments “Every competition has its own personality and philosophy. I’ve always been impressed by the emphasis here on the educational aspect, and not focusing totally on one competition. [By] having so many competitions, more people have a chance for performance awards. Here there’s a nurturing and not a cutthroat attitude like with other competitions. I don’t know how they do it, but they do it very well.” 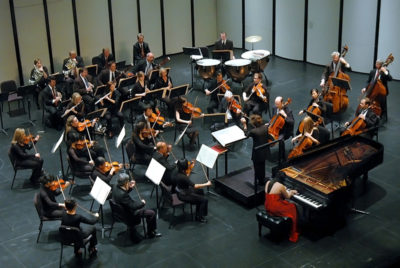 The 2019 Competition is limited to 38 contestants from around the world: 17 Juniors (12 and under) and 21 Intermediates (aged 13 – 17.) They will compete in solo and concerto piano with orchestra categories. The contestants will play with 2nd piano for the preliminary round of the Concerto Division, and the Finalists will play will full orchestra at the McCallum Theatre. Most contestants will also participate in Master Classes with renowned piano pedagogues. (The Senior Competition for adults 18 – 30 will be held in 2021).

The competition is named after renowned concert and recording pianist Virginia Morley Waring. Waring was very active with the competition until her death in 2013. Artistic Director John Bayless and Competition Producer Michael Rolland Davis oversee the performance and educational standards demanded by this Olympian piano competition. “The quality of this year’s applicants is just amazing,” says Bayless. “If you closed your eyes, you’d think they were 40 years old,” says Michael Rolland Davis. The mission of this Olympian competition is to enrich the cultural landscape of our Coachella Valley and also provide performance opportunities for the winners. Winners also return to perform in the Coachella Valley and at free performances for schools and community centers.

Support for The 2019 Waring International Piano Competition, March 24 through April 1, 2019, is made possible through the support of The Auen Foundation, the Sirpuhe and John Conte Foundation, The Stephen Philibosian Foundations, and individual donors. SoCal Pianos is providing the ten grand pianos used during the competition. For further information, call 760-773-2575 or visit www.vwipc.org.