Like the Super Bowl, the Oscar© are hard to not watch.  I guess at least for the past several decades we have been conditioned through repetition to experience en masse these two near liturgical American rites.  It must be some kind of primitive tribal thing that calls to our collective consciousness.  The massive audience for the movie awards far surpasses that of the football game.  This year was no exception, even though more than half the country had not seen any of the 2017 nominated picture.  This year especially, the real payoff came only if you watched both competitions through the very last seconds. 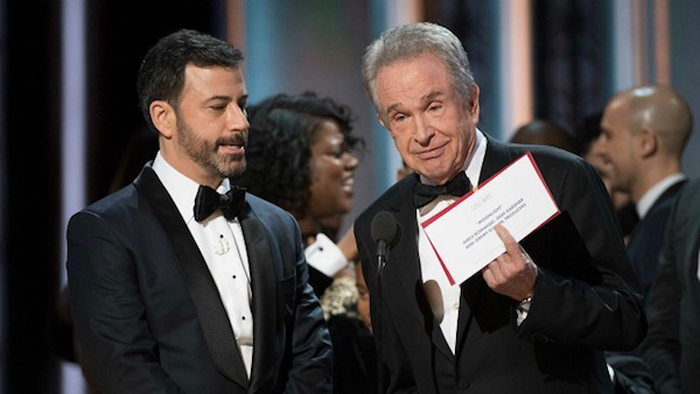 Anyway, I dozed off – or lapsed into a coma — during the rather tedious and seemingly endless show and awakened briefly for the lame Starlight Tours bit and again for the last five minutes, only to discover presenter Warren Beatty awkwardly explaining “Moonlight” was in fact the winning picture and that “La La Land” was wrongly announced as the big winner.  Apparently the envelopes so dramatically opened during the broadcast were somehow switched or mishandled.  Confused and embarrassed, host Jimmy Kimmel promised the audience he’ll never come back.  We can only wish.  It was indeed a sad debacle. 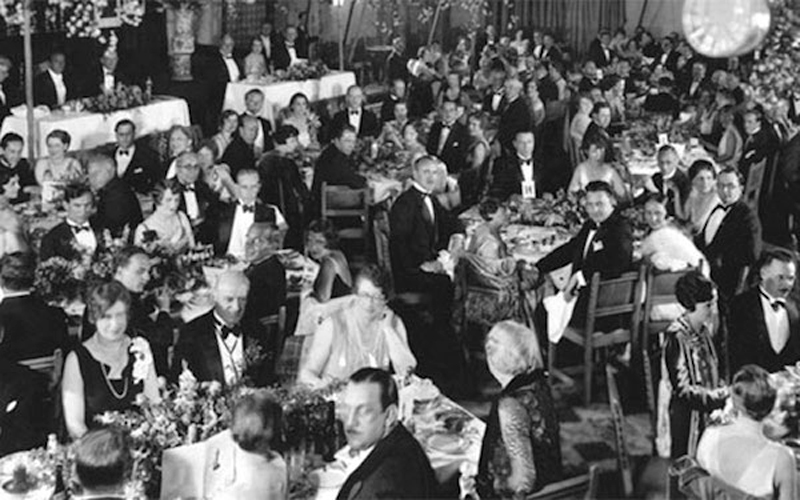 Personally, I am thrilled “La La Land” did not win best picture, I thought it was a pretentious piece of meaningless fluff.  At the early private industry screening I attended, there were a number of walkouts.  But the brouhaha at the awards show got me thinking how far the exquisite art of motion picture story telling has advanced since the first Academy Awards on May 16, 1929.

Back then the winners were announced three months in advance.  So there were no surprises.  The entire ceremony — a private dinner for 270 at the Hollywood Roosevelt Hotel lasted a whopping 15 minutes!  That year, top movie awards were in 12 categories and honored films made in 1927 and ’28. 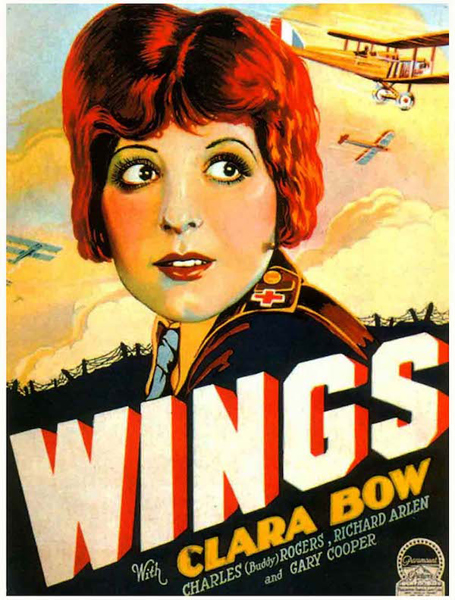 The first assembly of the Motion Picture Academy honored this still entertaining motion picture as “outstanding” – that’s the equivalent of a “Best Picture” award today.

Set during World War I, the storyline is essentially one of love, war and loss.  David Armstrong (Richard Arlen) and Jack Powell (Charles “Buddy” Rogers) join the military hoping to pilot American fighter planes.  Mary Preston (Clara Bow), is the girl who’s in love with David but committed to Jack.

When dispatched to France, the newly minted pilots take to the skies in one of the war’s climactic air battles.  Frantic Mary longs for the safe return of both men, but one pays the ultimate price for his bravery.

On the ground, the story kind of plods – except for the earthbound combat sequences.  But during the aerial dogfights, the film is spectacular on a big scale.  It’s the “Titanic” or Avatar” of it’s day and was a huge hit almost immediately after its release.

Nothing like it has ever been duplicated.  It’s better than the similar and more expensive Howard Hughes film “Hell’s Angels” (1930) and even  “The Blue Max” (1965).

Director William “Wild Bill” Wellman, only 28, was a wartime aviator.  He secured the cooperation of the US War department and it shows in the jaw-dropping ground and aerial combat recreated on film. 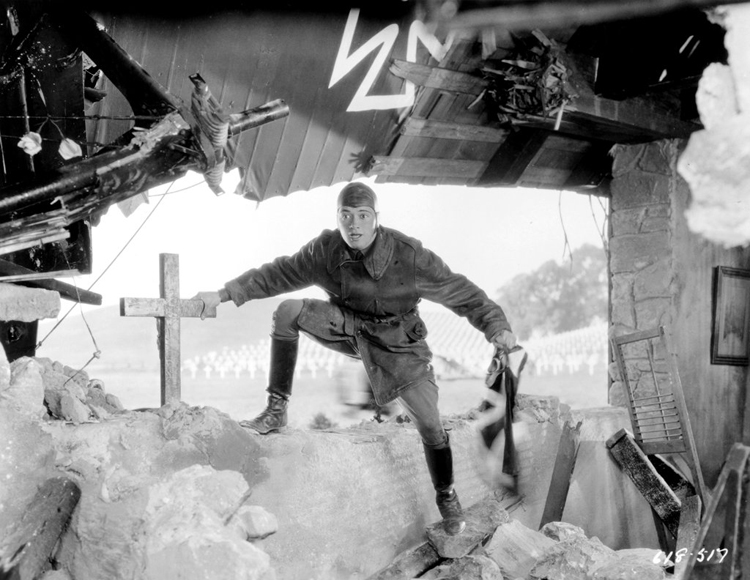 The storyline is essentially one of love, war and loss.  David Armstrong (Richard Arlen) and Jack Powell (Charles “Buddy” Rogers) join the military hoping to pilot American fighter planes.  Mary Preston (Clara Bow), is a local girl who’s in love with David but committed to Jack.

When dispatched to France, the newly minted pilots take to the skies in one of the war’s climactic air battles.  Frantic Mary longs for the safe return of both men, but one pays the ultimate price for his bravery.

When Buddy Rogers, Richard Arlen and the luminescent Clara Bow share the screen, there’s a genuine emotional punch to the somewhat trite love triangle.  Bow is wrapped in nurse’s garb throughout most of the film, but in a great scene, disguised as a Parisian floozy, she displays a lot of flesh.

One of the film’s main claims to fame – besides it’s ground-breaking aerial footage — is its “introduction” of Gary Cooper (even though he’d actually been in several films since the early 1920s).  His few minutes on screen as a cheerfully sardonic pilot made him an instant star, much like Harrison Ford’s leap to stardom as a good-natured cynical pilot in “Star Wars.”

Upon its original release, the movie included a stunning sequence lensed in the wide-screen “Magnascope.”  The new hi-def transfer is eye-popping and does justice to some of the best flying sequences ever captured on celluloid.

The restoration is stunning and the restored sound track is a perfect fit that gives a nice feeling of what it must have been like attending an original theatrical screening of what is perhaps the greatest of all silent films (no dialogue was recorded).  A trio of interesting, informative and better-than-average bonus features focus on the making of and restoration concerns.  This is one for the digital home library.  Highest recommendation.  Paramount.  Blu-ray.

And who knows, maybe the Motion Picture Academy may even take a hint from their first awards ceremony and see an opportunity to make needed improvements in the ritual that still holds the world’s attention.