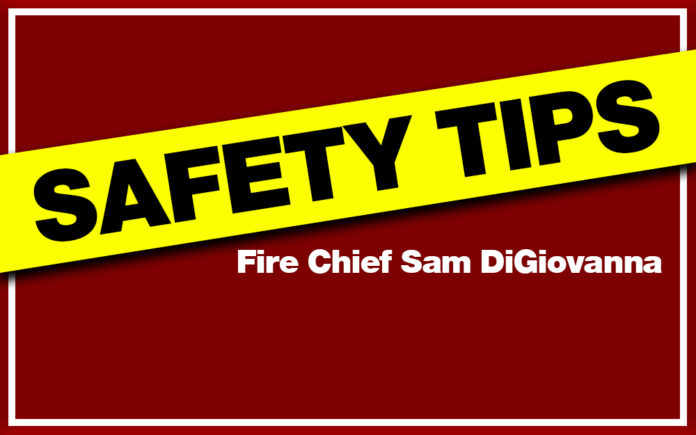 What Does the Flu Season and Fire Season Have in Common?  They both can spread very rapidly with dangerous and deadly consequences!

This is the time of year we remind communities in the wildland/urban interface of the dangers of wildland fires. Though fire season is year-round, when the deadly Santa Ana Winds come, the risk skyrockets. So we use the fall season to remind residents to follow the “Ready, Set, Go” model of wildfire preparation.

But there’s another dangerous season out there we need to be aware of.

Flu season is among us and, as with fire, it’s important to take preventive measures and prepare your resources (you) to fight off and prevent colds and the flu. When it comes to being exposed to airborne and bloodborne pathogenic germs, firefighters are among the most at risk.

And this is not just a little inconvenience that one or two sick days can cure. Between December and April, emergency rooms become saturated with people suffering from the flus. Harvard Medical School estimates that 36,000 people die and more than 200,000 are hospitalized each year in the U.S. due to flu.

Have you and your family members received the flu vaccine? How about those you work with? Are you stocked up on over-the-counter medications?

If you think about it, firefighting and “flu fighting” are very similar. Both start out small, but if not rapidly attacked, they develop into a much worse situation. Let’s look at this similarity a little more closely.

Fire — This first stage begins when heat, oxygen and a fuel source combine and have a chemical reaction resulting in fire. This is also known as “ignition” and is usually represented by a very small fire that hopefully goes out on its own before severe stages are reached. Recognizing a fire in this stage provides your best chance at suppression or escape.

Cold/Flu — The incipient stage is the incubation period, or the time it takes for a person who has been exposed to the virus to become infected (think of infection as ignition). The Merck Manual’s Online Medical Library section on influenza reports the incubation period may be from one to four days (first stage), averaging about 48 hours from exposure.

Fire — As the fire grows, the structure’s fire load and available oxygen are used as fuel for the fire. The fire starts rapidly spreading to other parts of the building, creating more damage. It is during this shortest of the four stages when a deadly “flashover” can occur, potentially trapping, injuring or killing firefighters.

Cold/Flu — The U.S. Library of Medicine defines communicability as the time it takes an infectious agent to be transmitted from an infected person to another person (spreading rapidly). Once infected with influenza-type illnesses, the affected person may begin shedding the virus to others one day before signs and symptoms occur and continue to be contagious after symptoms begin. Prevention is all but impossible at this stage of the disease.

Fire — When all combustible materials have been ignited, a fire is considered fully developed. This is the hottest phase of a fire and the most dangerous for anybody trapped within it. At this point our efforts are generally focused on protecting endangered structures. We surround the fire, apply massive amounts of water and let the contents burn themselves out.

Cold/Flu — Fighting a fully developed flu virus is not much different. You position yourself in a safe place (usually your bed!) and “surround and drown” with fluids and rest. You generally cannot do much except protect exposures (others) by limiting your contact with them.

If fighting the flu has similarities with fighting fire, we can extend the metaphor a little further. In the fire service we rely on our Fire Prevention Bureau to educate the public as to the common causes of residential fires. We understand that a little education goes a long way in preventing fires. Well, the flu is no different, except this time we’re educating ourselves! So, following are a few tips from your friendly Flu Prevention Bureau:

Wash your hands. The most important prevention measure for preventing colds and flu is frequent hand washing. Rub your hands with warm soapy water for at least 20 seconds to slough germs off the skin.

Get a flu vaccine. Within two weeks of getting a flu vaccine, antibodies develop in the body and provide protection against flu. Children receiving the vaccine for the first time need two doses delivered one month apart.

If you get exposed or get sick, take action. Give yourself time to recover, with plenty of fluids and lots of rest. Seek medical help if your symptoms don’t improve. Antiviral medicine may also help prevent flu if you have been exposed to someone with flu symptoms.