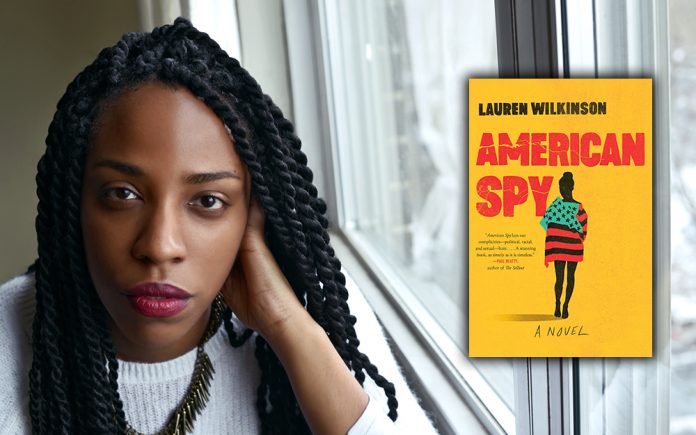 What are America’s interests globally?  Human rights?  Freedom?  Corporate expansion?  In Lauren Wilkinson’s American Spy (Random House, 295 pages) a young woman discovers the United States government’s point of view on the world may not align with her own.

The story takes place in the mid 1980s.  The cold war is heating up and America is expanding its corporate influence across the planet.  Marie Mitchell is a young black woman working for the FBI.  Top in her class, she struggles to get the best assignments.  White men dominate the organization and she is often treated like a mere secretary rather than a competent Federal agent.

When the CIA needs a beautiful black woman to “compromise” a popular African dictator, Marie is offered the job.  Fully aware of what they are requesting of her, she declines, but eventually takes the job.

Upon meeting the “dictator” she realizes he is beloved for the radical changes he has made in favor of the poor people in his country.  He made health care available, dug wells, opened schools to girls, and outlawed genital mutilation.  He believes in the development of products and resources within his country — for his country.

On top of putting his country first, he’s well-read, loves jazz and is a man of principle.  Marie does her best to seduce the President, but he will not compromise his position knowing there are people who want to end his leadership.

Marie finds herself attracted to him and respects the work he is doing to help the people in his country.  Unfortunately, the CIA sees him as a problem for the whole region and wants Marie to kill him – or be killed herself.

American Spy is an atypical and compelling spy thriller.   The protagonist grew up in middle-class, black America, and worked twice as hard as her white counterparts to rise to the top of her field only to be held down as a person of color and a woman.   She’s intelligent, but lets her ambition to make a difference in the world motivate her to take the CIA job.  She wants to prove herself.

Marie’s real strength and true character is revealed when she is faced with a moral dilemma.  The privatized operative she is working for under the CIA has an agenda that she cannot live with.  He preaches that it is in the best interest of America, but she sees what it really is – unbridled greed and a lust for power and control.

I enjoyed the debate between the African dictator and Marie.  They discuss the importance of democracy and when it is right for a country, and when it is nothing but a power grab to keep people in place.

The story is told in the first person.  Marie is sharing her life and experience in a journal so her twin boys will know their mother – and their father.  The novel opens with Marie being attacked and nearly killed.  Someone is after her.  She has to stop them before they kill her and her family.

The author does a beautiful job of developing the real world Marie lives in, and her interior world.   She is strong, independent and heroic.  But she is also haunted.  She is an American woman and her values are consistent with the morals of a person who is in service to better mankind.  Only, that’s no longer the American way.

American Spy is a fictional narrative based on real people and events.  This book is poised for a sequel.  Marie is going rogue and I look forward to seeing the geo-political world through her eyes once again.  Is this United States of America or America Inc.?