FICO Score Changes
Starting this fall, your FICO score will not be hurt by unpaid or discounted medical debts to the degree that it was in the past. This change was negotiated by the Obama Administration’s Consumer Financial Protection Bureau and the Fair Isaac Corporation (FICO).

In a related news story, 35.1% of all Americans have at least one debt referred to a credit collection agency. That equates to 64 million Americans with an average debt of $5,178. Nearly 140,000 Americans are employed in the credit collection field. They recover approximately $50 billion annually. The areas with the most people having an item in collection are Las Vegas at nearly 50% of all residents while a number of Texas cities including Dallas and San Antonio are at approximately 45%. Twenty percent of all Americans have no debt or credit whatsoever.

Bankruptcies
There have been approximately 1 million bankruptcies in the United States over the last twelve months of which only 30,000 were businesses. The largest bankruptcy so far this year is Energy Futures Holdings, the largest utility in Texas. They had $40 billion in debt at the time of their bankruptcy in April. It is interesting to note that most of this crushing debt was taken on in 2007 when the company was involved in a leveraged buyout headed by KKR and Goldman Sachs.

Argentina, the third largest economy in South America, recently defaulted on some of their debts. They are blaming U.S. hedge funds calling them “vultures” that are difficult to negotiate with. The amount of the default is relatively small at $1.66 billion. At issue is a U.S. Courts ruling that allows small groups of debt holders to “hold up” an international debt restructuring on a sovereign nation. These vulture funds bought the debt for pennies on the dollar and stand to make substantial amounts from any settlement. The real concern here is for the health of U.S. financial markets. Nearly 70% of all sovereign debt issuances occur in the United States at present. If only a few debt holders can hijack this debt restructuring, look for future sovereign debt issues to move away from the United States for markets. This will mean billions in fees will leave the United States for the United Kingdom and other financial hubs.

Local Bank Sold
OneWest Bank which is headquartered in Pasadena and has a branch in Indian Wells recently sold for $3.4 billion to CIT Bank. You may remember that OneWest Bank was created in 2009 by the FDIC from what was left of IndyMac Bank. Big names like Goldman Sachs.

Steve Mnuchin and hedge fund billionaires John Paulson and George Soros who have all made over $500 million in dividends each from OneWest Bank to date, will earn hundreds of millions more as a result of the sale. Worth noting, John Thain, the last CEO of Merrill Lynch who spent $1.2 million on an office remodel, is now the CEO of CIT Bank.

If you think no one associated with the mortgage loan fraud crisis went to jail, don’t talk to accountant Carmen Denise Mosley of Granada Hills. Last week, she was sentenced to 57 months in prison for her help in getting banks to engage in “Liar Loans” back in 2006 and 2007 to the tune of $1,000,000 in total mortgage loans. At the same time, Bank of America paid a fine of nearly $17 billion for its role in the mortgage loan crisis that it inherited from Countrywide. Countrywide CEO Angelo Mozilo paid a $67 million fine for fraud and insider trading back in 2010 and avoided any jail time as did most of his co-conspirators responsible for the mortgage loan crisis. Still, they got Mosley and those couple of loans she helped with. 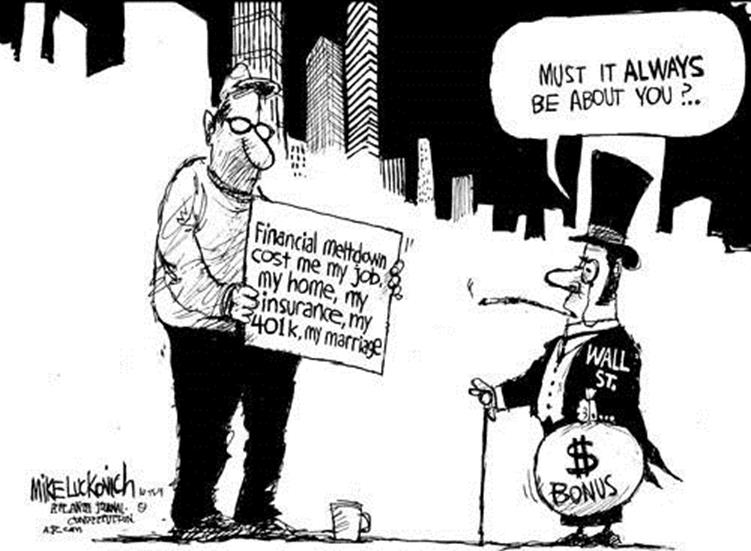