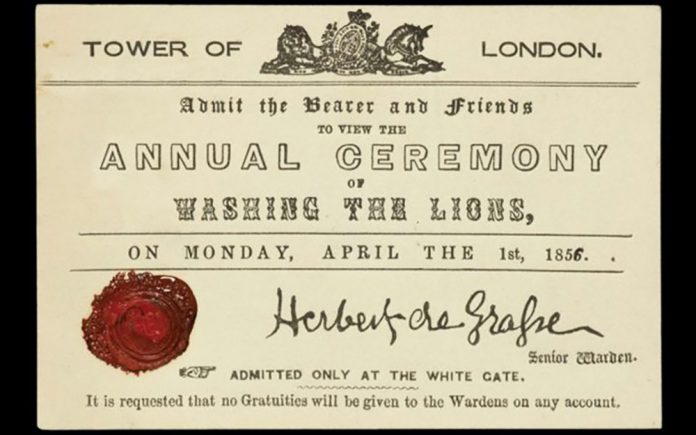 According to National Geographic, the exact origins of April Fool’s Day are unknown.  A popular theory is that it dates to the 1500s when France moved to the Roman calendar that we use today.  By moving New Year’s from April to January, people who were slow to make the change became known as April Fools.

Others believe that April Fool’s Day goes back to the late 1300s due to its mention in Geoffrey Chaucer’s, “The Canterbury Tales”.

Some believe that the earliest prank on record occurred on April 1st, 1698 in London when people were told to go to The Tower of London for the Washing of the Lions, a non-existent event.  This ‘prank’ would eventually become an annual scam of unsuspecting tourists with tickets printed and thousands attending this non-existent event.

By the time that this prank/scam began to fade in the mid-1700s, another notable prank/scam befell unsuspecting Londoners.  This time, the April 1st show would feature a man who could fit his entire body inside of a wine bottle from which he would sing.  People filled the playhouse one night only to be stood up with no performance offered.  The audience rioted.  Legend has it that the prank was the result of a bet between the Duke of Portland and the Earl of Chesterfield meant to see if such an obvious fraud could attract a room of ‘fools’.

Fast forward 130 years to 1980 where the British Broadcasting Company (BBC) announced during its April Fool’s Day broadcast announced that Big Ben was getting a digital makeover.

Once upon a time, televisions broadcast in black and white only.  In 1962, the Swedish National Network gagged their viewers by suggesting that their programming could be viewed in color by wearing nylon stockings over your eyes.

In 1996, Taco Bell in announced that it had purchased the Liberty Bell to help the United States at reducing its debt burden.  When the White House press secretary was asked about the Liberty Bell sale, he responded that the Lincoln Memorial would hereafter be referred to as the Lincoln-Mercury Memorial due to its sale to the auto manufacturer.

Amazon’s audiobook service Audible tweeted a new service – Audible for Fish – a soundtrack to keep your aquatic buddy company while you are away at work.

Google is ruling king of the corporate April 1st pranksters.  In 2005, Google announced the Google Gulp, a drink that could boost intelligence via its real-time analysis of DNA.  The drink came in four flavors: Glutamate Grape, Sugar-Free Radical, Beta Carotty and Sero-Tonic Water.

The next year, Google announced its new dating app, Google Romance (not real).   Google followed this up with Gmail Paper in 2007 where Google would Paper Archive all of your emails on “94% post-consumer organic soybean sputum”.  Amazingly, this service was free so long as advertisements could be printed on the back sides of your archived emails. 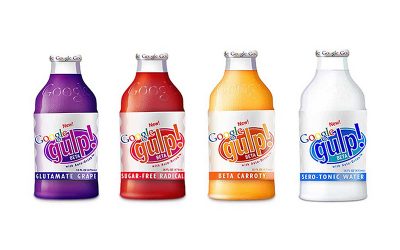 The announcement of Google TisP might be Google’s funniest prank.  TisP is short for Toilet Internet Service Provider.  Google TisP would use sewage lines to provide Internet connections.  To install the service, users would be sent fiber-optic cables to flush down their toilets which would eventually be received by a Plumbing Hardware Dispatcher (PHD) who would complete the installation.  It should come as no surprise that Google used Microsoft’s Windows Vista to operate the system.  TisP was not without its flaws as it was prone to brownouts and data wipes. 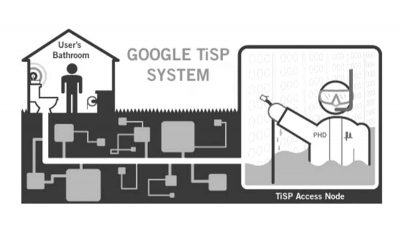 What makes Google gags better than most is that they launched Gmail on April 1st, 2004.