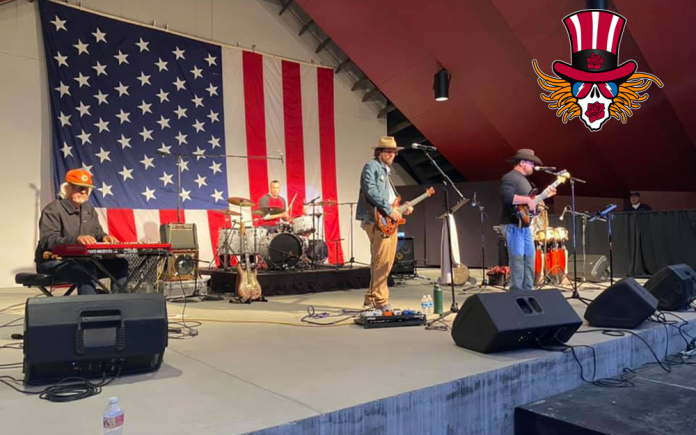 “Let your life proceed by its own design” and so it goes, as the wellspring of lyrics from the Grateful Dead’s wordsmith Robert Hunter. Much to the elusive nature in finding meaning behind the lyrics to many of the Grateful Dead songs, they are notoriously worded in a way that applies deeper context and meaning to each individual. Life lessons from the wiser elders to a younger collaborative, perhaps a writer perhaps a musician, who dreams of one day reaching that caliber of notoriety and perhaps to pay it forward for those who follow. The music of the Grateful Dead has always been synonymous with charitable work, doing good with what one has. The merging of band and worthy cause for a benefit concert creates a partnership that is unlike any other.

Enter the Academy of Musical Performance (or AMP), a local non-profit organization who’s electrified presence in the valley burst through the weave of design like a pyre of flames from a Hendrix guitar. AMP is a music education program whose goal is to enrich the lives of young musicians living in the Coachella Valley by fostering productivity and social responsibility through creativity, communication and collaboration in the development and enhancement of musical performance and concert production skills.

Created by a committee of volunteers involved with Coachella Valley Community Trust, seed funded by a grant from Goldenvoice. The AMP Board of Directors was established in late 2017 when AMP became its own non-profit 501 organization. All are long-time members of the Coachella Valley community and are inspired to develop quality music education and entertainment for young Coachella Valley musicians.

“We’ve been playing together ever since we were kids,” says Hammons. Though the friends often joke of their varied tastes in music once they reached their teens, one deadhead one metalhead, both would visit each other’s camps or concerts, both closely studying the art form of music. Fast forward present day where both would unite forces to benefit the AMP program.

The AMP connection runs deeper to The Ghost Notes, as coaches both present and previous are band members, and quite possibly two of the most versed musicians to grace my interview table.

Along with the Coachella Valley’s own powerhouse mega talent that is Mike Hammons on bass and lead vocals, is Drummer extraordinaire, man of many sciences in the art of sound and AMP Coach: Rob Peterson. On Keyboards and violin, former AMP coach, is the legendary force that is Bobby Furgo. On Lead guitar and vocals, is the uncanny otherworldly virtuoso stylings of our own Damian Lautiero.

“This is a fantastic foundation, and I’m honored to be a part of the cause,” says Lautiero.

“I really wish they had a music program like this when I was growing up. It would’ve been cool to mingle with other creative kids. We had concert band and that was about it,” adds Lautiero.

“It’s only right for us to bring this wisdom to these kids. Our passion has always been making music and creating that vibe that stays with you long after a show. To see this opportunity for these kids is amazing,” says Hammons.

Take for instance when the Ghost Notes sing of “waking up to find that you are the eyes of the world”, a song which teaches us to slow down the metaphorical seasons of life, and to always be kind, and when you are gifted magic, do good with that magic you found. That ethos a primer to what the Grateful Dead encompass, and these four humble musicians are over the moon at the chance to help the students of AMP to bring you a Grateful Dead experience.

“When myself and Bert were kids playing on his dads drum set and using music videos as our guide for playing music, we knew this is where we need to be. We didn’t have the technology then, and although these students at AMP are surrounded by enhanced technology, they are still approaching the musical path with a solid work ethic,” says Hammons.

Then by happenstance and pure synergy and magic, AMP and the Ghost Notes find convergence in the journey. Where perhaps that wise lyric in the architecture of a Grateful Dead song can uplift and inspire, and every ticket sold is a guiding star for a future performer. Perhaps there is a lesson to be learned within the re-emergence of a band where the primer is to help one another, to share kindness and to pass on the wisdom to the younger generations who will one day grace a stage of epic proportions. To tell the tales to these talented students that perhaps one day they will have fans from all walks of life, come to see them perform, fans who will collect their ticket stubs, drive their beat up car through any weather, just to see the magic they bring on stage.

Until then, I invite you to take the ride, purchase a ticket that goes to an extremely worthy cause in our valley. Celebrate the power of music and these brilliant student musicians of AMP. Put on your tie dye and give the good old Ghost Notes a whirl, because in these hands, the kids are definitely alright. 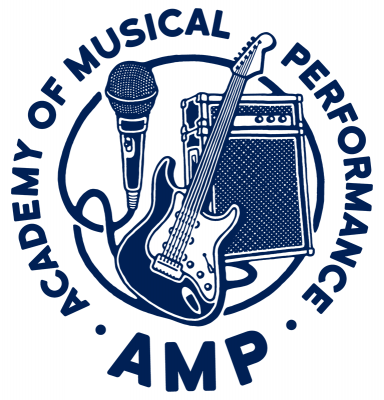 $10 at door and donations appreciated. All proceeds lovingly go towards the Academy of Musical Performance (AMP)