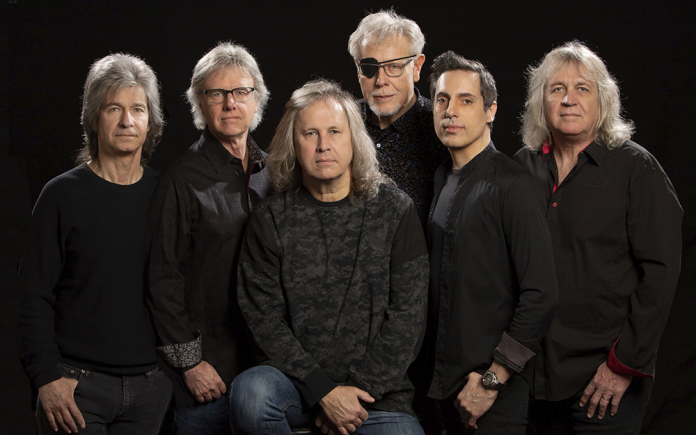 Classic rockers Kansas will make a tour stop at the Special Events Center at Fantasy Springs Resort Casino on Friday, Sept. 9, 2022. Tickets start at $39 and go on sale at 10 a.m. on Friday, May 13 at the Fantasy Springs Box Office, via phone (800) 827-2946 and online at www.FantasySpringsResort.com.

With a legendary career spanning nearly five decades, Kansas has firmly established itself as one of America’s iconic classic rock bands. This “garage band” from Topeka released their debut album in 1974 and has gone on to sell more than 30 million albums worldwide.

Kansas appeared on the Billboard charts for over 200 weeks throughout the ‘70’s and ‘80’s and played to sold-out arenas and stadiums throughout North America, Europe and Japan. “Carry On Wayward Son” continues to be one of the top five most played songs on classic rock radio, and “Dust In the Wind” has been played on the radio more than three million times.

Throughout 2016-2017, the band celebrated the anniversary of breakout album “Leftoverture” with the highly successful Kansas: Leftoverture 40th Anniversary Tour. That tour was released in 2017 as a live album, “Leftoverture Live & Beyond.”

Along with constant touring, Kansas continues to remain a fixture of Classic Rock radio. The band has reached a whole new audience through their unmistakable presence on the popular video games Rock Band, Guitar Hero, and Grand Theft Auto; the band’s documentary film “Kansas: Miracles Out of Nowhere” airing on AXSTV; and through their songs’ inclusion in various television shows such as “Supernatural.”