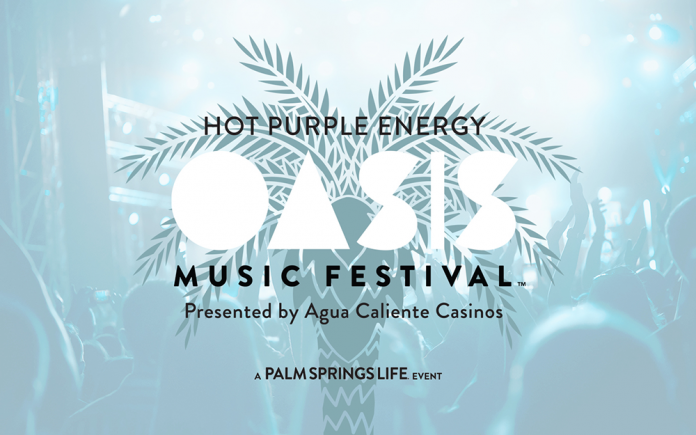 The Oasis Music Festival, taking place from May 11 to May 15 across 30 different venues, will feature a talented showcase of artists for a great cause. A portion of the proceeds from the Oasis Music Festival will benefit the 12 million dollar restoration efforts of the historic 800-seat Plaza Theatre in downtown Palm Springs. CV Weekly got the scoop on some of the acts that will grace the stage. 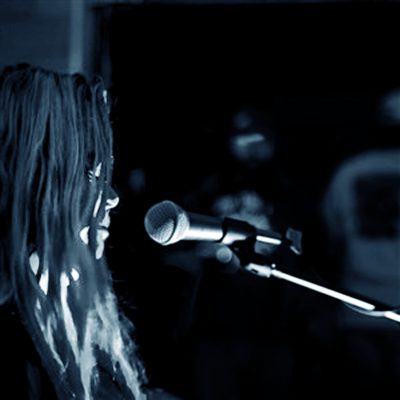 Courtney Chambers – With a music style reminiscent of Norah Jones with a bit more of a rock edge, Courtney Chambers started playing in the Coachella Valley in 2013, while she commuted from Orange County to the desert until she finally decided to make it her home in December 2013. At her Oasis Music Festival performance on May 14 at 3:15 p.m., audiences can expect a stripped down show on acoustic guitar, accompanied by the amazing Bob Hamilton on electric guitar.

“Right now, I would say my favorite track to perform is a newer song that will be on my next record called “Take Some Time.” It’s a little bit of a different vibe from my previous work,” stated Chambers.

Chambers currently plays at Rick’s Desert Grill Palm Springs every Friday from 6 p.m. at 9 p.m. Her future aspirations include her bucket list item of scoring a movie and having a successful music production company, which she is building right now.

“Raising money to restore this historic landmark, the Plaza Theatre, is so important. I also love the community aspect of the whole festival—and being a resident of Palm Springs, that feels pretty special to me. I am incredibly grateful to be part of this community,” said Chambers. 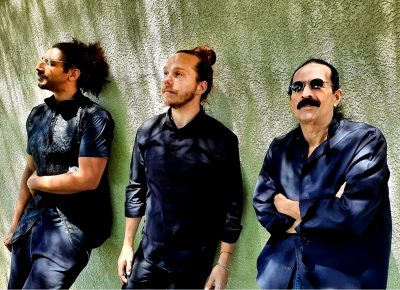 Derek Jordan Gregg – Singer/songwriter extraordinaire Derek Jordan Gregg has been playing at local spots in Palm Springs like the Palm Canyon Roadhouse and Four Twenty Bank since venues have opened back up after the COVID-19 pandemic. He has also been in the studio for months recording his new album GEMINI Home & Abroad.

“The show at the Plaza is something we can really sink our teeth into. We’re really excited for this one. You’ll hear everything from the new record and a bunch of new material. Maybe a throwback or two for longtime fans of my work, but most of this set is brand new,” teased Derek.

Derek has been releasing his new material two singles at a time, so the fans are able to watch it come alive song by song. Fans can be on the lookout for the singles “Rooftops” and “Broken Tooth” releasing soon.

“Getting on this historic stage to play for my friends and fans is amazing, and of course, it’s a privilege to help raise money for a venue that will bring music and culture to Palm Springs,” said Derek. 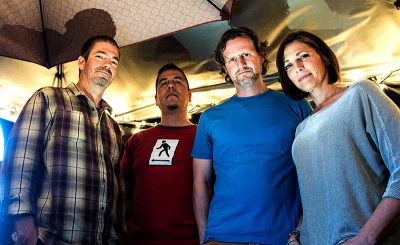 Blasting Echo – Having released their first record The End is Still So Far in April of 2013, Blasting Echo has built a homegrown legacy in the Coachella Valley almost a decade in the making. They are well known for their annual Concert for Autism and will be performing at the Oasis Music Festival on May 14, at 2 p.m.

Josh Heinz will be on guitar and lead vocals, Linda Lemke Heinz on keyboards, Armando Flores on bass, and Robert Peterson on drums.

“I’m looking forward to performing at the historic Plaza Theater. It opened in 1936, making it the oldest venue Blasting Echo has played in. I’m honored to share the stage with such top local talent as Courtney Chambers and Derek Jordan Gregg. The Oasis Festival wants to jumpstart local music in Palm Springs with this big event and I’m excited to be a part of it,” shared Linda Lemke Heinz.

Armando Flores normally plays drums for Blasting Echo, but is filling in for Dub Wallace and playing bass for the first time with the band.

“I think the Oasis Music Festival signifies a bit of a return to normalcy for our local music scene. I truly hope it’s a success for all parties involved,” said Flores.

“We’re grateful to have been asked to do it. To have a nice theater in Downtown Palm Springs be operational year-round is so great for the entire community. To be part of that and getting to play onstage is also a win-win,” added Josh Heinz.