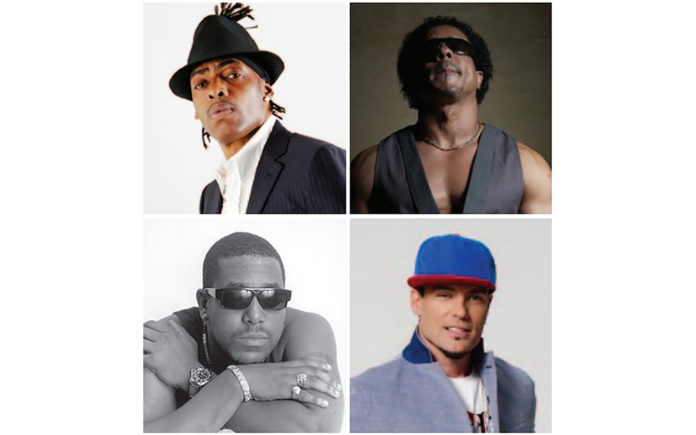 Fantasy Springs Resort Casino proudly presents the “Back To The ‘90’s Tour,” a nostalgic return of the ‘90s most iconic artists for a night of classic hip hop and R&B hits at the Special Events Center on Saturday, January 12, 2019 with performances by Coolio, C&C Music Factory featuring Freedom Williams, Tone Loc, and Vanilla Ice.

Grammy award-winning and multi-platinum recording artist Coolio is an artist known around the world as a hip-hop master. With massive hits such as “Gangsta’s Paradise,” “1,2,3,4 (Sumpin’ New)” and “Fantastic Voyage,” he was one of the biggest original stars of hip-hop.

C&C Music Factory’s Freedom Williams has always stood out amongst his hip-hop and dance music peers. His rapping is prominently featured on many party anthems of the ‘90’s such as the Billboard #1 Platinum single “Gonna Make You Sweat (Everybody Dance Now),” as well as other infectious club classics “Here We Go (Let’s Rock & Roll)” and “Things That Make You Go Hmmm…”

Tone Loc soared from obscurity into pop stardom in 1989 when his hoarse voice and unmistakable delivery made the song “Wild Thing” into one of the year’s biggest hits. The song was co-written by Young MC, as was Loc’s second single smash, “Funky Cold Medina.” The album Loc-ed After Dark became the second rap release ever to top the pop charts and was one of the most popular rap albums of all time.

Vanilla Ice started his musical career in 1988 and released his debut album, To The Extreme in 1990. His hugely successful hit single “Ice Ice Baby” was the first hip-hop song to top the Billboard charts, and has been credited with helping to diversify hip hop by introducing it to a mainstream audience.

The “Back To The ‘90’s Tour” is coming to Fantasy Springs Resort Casino in January with a lineup of stars from your favorite mix tape… and you don’t want to miss the party!