In this time of uncertainty, chaos and stress, many self-isolated film buffs are discovering forgotten but strangely relevant videos tucked away in a closet, basement or attic. 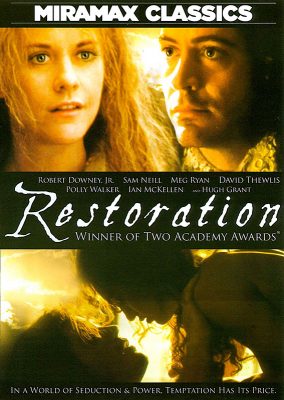 Michael Hoffman’s lavish historical drama caught my attention.  Based on the acclaimed novel by Rose Tremain it won well-deserved Oscars for costume design and art direction.

Robert Downey plays Robert Merivel, a brilliant 17th century medical student who ignores his studies and instead chooses to pursue sensual pleasures, much to the concern of his more dedicated and serious colleague John Pearce (David Thewlis).

When Celia (Polly Walker), one of the king’s mistresses gets too arrogant and self-important, the king arranges for her to marry Merivel.  In return for keeping Celia in a pretend marriage, Merivel is gifted an estate and is made a knight.

Sadly, Merivel and Celia’s love is a fail and he’s betrayed by an eccentric painter (Hugh Grant) in a way that triggers the king’s wrath.

Banished and stripped of his wealth, Merivel finds true love with an Irish mental patient (Meg Ryan).  About the same time, he also rediscovers his love for medicine during London’s great fire and Black Plague. 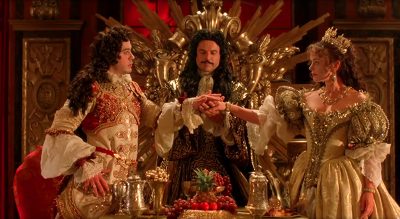 This memorable and gorgeous-looking film about personal redemption during a time of chaos and turmoil is worth finding and watching again.  DVD.  Miramax.

What previously viewed, and perhaps forgotten, films have you rediscovered while self-quarantined? 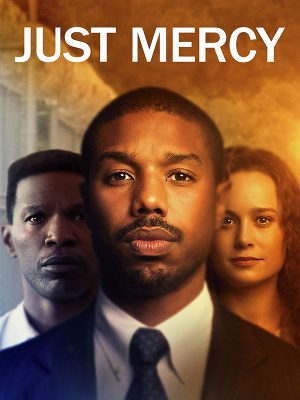 “Just Mercy” is based on the powerful and thought provoking true story of young Lawyer Bryan Stevenson (Michael B. Jordan) and his history making battle for justice.

After graduating from Harvard, Bryan had his pick of lucrative jobs.  Instead, he heads to Alabama to defend those wrongly condemned or who were not afforded proper representation, with the support of local advocate Eva Ansley (Brie Larson).

One of his first, and most incendiary, cases is that of Walter McMillian (Jamie Foxx), who in 1987, was sentenced to die for the notorious murder of an 18-year-old girl, despite a preponderance of evidence proving his innocence and the fact that the main testimony against him came from a criminal with a motive to lie.

In the years that follow, Bryan becomes embroiled in a labyrinth of legal and political maneuverings, as well as overt and unabashed racism as he fights for Walter, and others like him, with the odds – and the system – stacked against them.

The film is adapted from Bryan Stephenson’s best selling book “Just Mercy: A Story of Justice and Redemption” that spent more than 180 weeks on the New York Times Best Sellers list and counting.  Warner Bros.