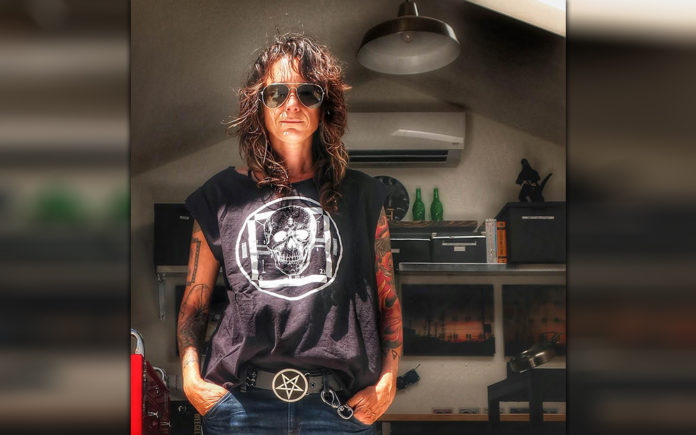 Art can be a challenge – for those who create it and those who participate in the experience.  The upcoming GENDER BENDERS Exhibition opening September 8 at Joshua Tree Art Gallery, 61607 Twenty-nine Palms Highway, Joshua Tree, CA, is certain to challenge one’s perception of gender roles and social mores.

GENDER BENDERS presents the work of Cat Celebrezze and Nancy Floyd with the challenge to questions our notion of women.

Cat Celebrezze’s work is entitled The Baphomet Queens and their Minions and Fairies with Boots. What is Baphomet? There are several interpretations but the most common is that of an occult deity whose worshipers were deemed heretics. Cat’s work makes use of the image most familiar to us – the Satanic Goat. That image was conceived by French magician Elphias Levi who presented Baphomet as a Satanic Goat by incorporating various elements including symbolic ideals of the Templar Baphomet myth.

“In my view, the gods and monsters of our time are in serious need of an overhaul. They’ve melded into one giant repeat – like a television show in syndication, a tweet retweeted at nauseum, a spaceship in endless orbit,” said Cat. “Let’s instead go intrepid and imagine something well beyond the dialectic. And what better resource to enlist in such a lark than Baphomet – that pagan, written and written again hybrid of an idol.” 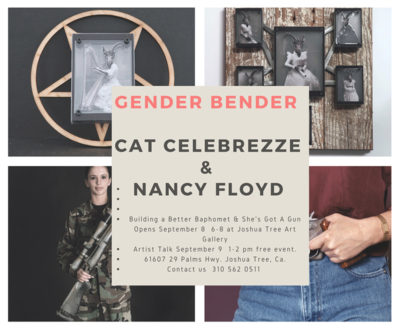 “Some time last year I worked on a small piece where I altered an old photograph of a May Queen with a goat head. I like goats and how their intelligence is read as something uncanny, enigmatic, and, at times, malevolent. The imagery of a female body with a goat head represents how many feel as they navigate the world: assigned into ill-fitting normativity, they morph into heretical hybrids, with all the complications and potential that such baffling brings.  From that one study, an entire series emerged.  Such imagery seems a timely response to our current era and all its failed monoliths, but certainly, our time is not the first, nor the last, to list into such bankrupt forms.”

How does Cat feel about those who find her work challenging? For Cat, “Critique sharpens the knives of one’s responses, so I welcome it.”

Not challenged enough?   Get ready for She’s Got a Gun. 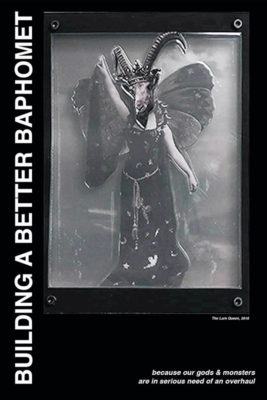 “After the purchase I met women at the gun range, discovered Women and Guns magazine, saw Thelma and Louise, and learned that since the late 1980s the gun industry had been marketing more directly to women.  This made me curious so I began photographing and interviewing gun women to understand their motivations,” continued Nancy. “Over the years I became interested in the ways women represented themselves and the ways they were being represented.  The book, She’s Got a Gun, published by Temple University Press in 2008, is a visual history of women and guns in American, 1850 –present.”

“Once I began making portraits of gun women it became necessary to let them tell their story. The work was designed to show who these women were and why they made the choices they did. I welcome discussion.”