Local film “The Assumptions” is set to premier Monday, February 27 at Camelot Theatres in Palm Springs. The film tells the story of a boy named Moses, who is raised by a homeless woman after being abandoned by his mother.

The aim of “The Assumptions” is to “cause viewers to reexamine their thought processes on many common misconceptions,” according to a press release. Its writer; producer; and director, Gina Carey, says, “The Assumptions will challenge people’s assumptions by first causing people to think the best of someone before passing a quick judgement. I will challenge people to love, have compassion for others and be merciful. This movie will ultimately cause people to think about the fact that every assumption we make not based of solid facts can alter yours and another life. Think about it.” 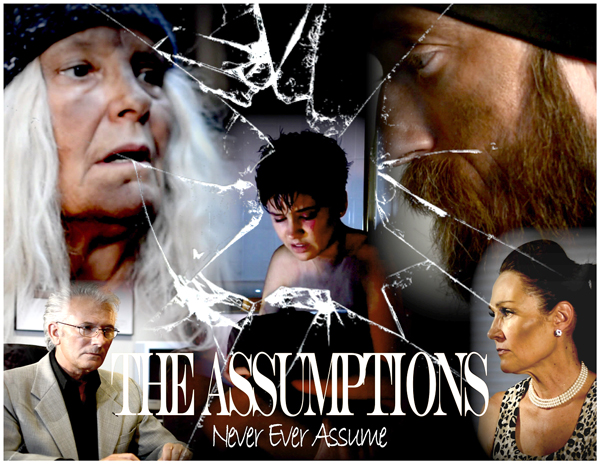 The idea for this story came to her surrounding these messages and all of her films have strong Christian themes at the center of them. “Movie ideas come to me in the stillest times of my day, usually in the early morning hours when my eyes are closed. I will wake up with an idea. I believe they are ideas given to me from my Heavenly father. The Assumptions came to me in order to shine the light on many different issues that we all face in passing judgement before really knowing the facts, making assumptions and how those misconceptions can ultimately alter the course of one’s life,” she says. Carey believes that the film will be successful in conveying these messages, saying “If I was the audience seeing this movie for the first time, I would leave out of the theaters thinking about what have I assumed in my life… I would leave in deep thought. Definitely a changed person.”

Viewers will recognize local places in the film since “most of the scenes were shot at The Fisherman’s Market in Palm Spring and their executive office,” according to Carey. Many local actors will also appear in the film, cast through The Coachella Valley Filmmakers & Actors Network, which Carey recently founded to further her filmmaking.

Carey is at the forefront of quite a few projects, already having premiered her award winning film “The Unexpected” at Camelot theatres last year and her documentary “Aspire to Inspire” at the Education Tolerance Center in Rancho Mirage, according to her website. She writes, produces and directs all of her films via her film production company Gina Carey Films.

She also writes, produces, and performs award winning music under her label Gico Records; has authored a book for “The Unexpected”; wrote, directed and produced Christian plays; and was recognized as one of CV Weekly’s 12 most influential and interesting women in the Coachella Valley in 2016. All of these accomplishments were already in the works when she moved here. “I was already an established independent recording artist, songwriter, producer and playwright when I relocated, so I had no intentions of stopping the momentum,” she says. “I quickly found ways to continue pursuing my life’s goals within my current community.”