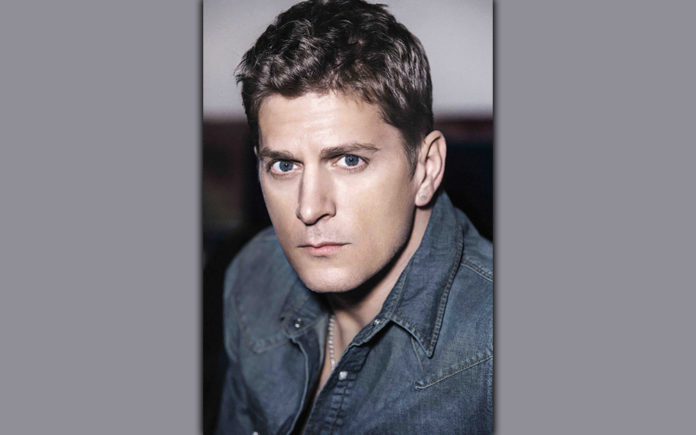 Rob Thomas is one of the most distinctive artists of this or any other era — a gifted vocalist, spellbinding performer, and acclaimed songwriter. The charismatic performer returns to Fantasy Springs Resort Casino’s Special Events Center on Saturday, September 21st at 8 p.m. as part of the Chip Tooth Tour supporting his fourth solo album, Chip Tooth Smile. Tickets are $59, $79, and $89, on sale this Friday, May 17th at the Fantasy Springs Box Office, via phone (800) 827-2946 and online at www.FantasySpringsResort.com.

Best known as the lead singer and primary composer of Matchbox Twenty, as well as for his multi-platinum solo work and chart-topping collaborations, Thomas’ numerous hits include “Lonely No More,” “This Is How A Heart Breaks,” “Streetcorner Symphony,” “Push,” “3AM,” “If You’re Gone,” and “Bent.” Then there’s “Smooth,” his 1999 smash with Santana, which earned three Grammy Awards, topped Billboard’s Hot 100 for an astounding 12 consecutive weeks, and has been recognized as the No. 2 Hot 100 song of all time.

In 2004, Thomas was the first artist to be honored with the Songwriters Hall of Fame’s prestigious Hal David Starlight Award, created to recognize a composer in the early years of their career. He stepped into the solo spotlight with 2005’s platinum certified …Something To Be, which debuted at No. 1 on the Billboard 200. Thomas’ sophomore solo album, 2009’s Cradlesong, produced the No. 1 singles “Her Diamonds” and “Someday.”

In 2012, Matchbox Twenty returned with their first new album in a decade, North. Fueled by the hit singles “She’s So Mean,” “Overjoyed,” and “Our Song,” North proved a landmark for the band: their first to debut at No. 1. Thomas’ third solo album, 2015’s The Great Unknown, debuted in the top 10 and featured the hits “Hold On Forever” and “Pieces.”

Chip Tooth Smile debuted at No. 3 on Billboard’s Top Album Sales chart and has received critical praise from Variety (“Rob Thomas is an expert at his craft”) and Forbes (“Chip Tooth Smile is vintage Thomas”), among others. The 12-track collection features production from Butch Walker (Panic! At The Disco, P!nk) and Benny Blanco (Ed Sheeran), perfectly complimenting Thomas’ songwriting talent. The album features the standout tracks “Timeless,” inspired by classic songs of the ’80s, and “I Love It,”which is currently being used for the NBA Playoffs.

“There’s a sensibility to the way I write that’s been informed by ’80s songwriters, especially,” Thomas says. “Nothing’s overly produced. It has everything from Cutting Crew to Cyndi Lauper, INXS, and Depeche Mode.”

Chip Tooth Smile was heralded by lead single “One Less Day (Dying Young),” which Rolling Stone described as “thunderous, life-affirming” and “an impassioned vocal performance,” while Billboard declared it “one of the boldest singles released so far this year.” Backed by a propulsive riff, steady beat, sparse keys, and subtle Celtic flavor, it sets the tone for the 11 tracks to follow.

“To me, it encapsulates everything you’re about to hear on the rest of this record,” Thomas says. “I write a lot of songs about the human condition, how people interact with each other, and how we deal with our environments. I want people to take them and attach them to their lives. I hope they possibly speak to what they’re going through, and I’m always thankful they’re still listening.”

Outside of music, Thomas is a dedicated philanthropist, establishing Sidewalk Angels Foundation with his wife Marisol Thomas in 2003. The organization is dedicated to providing critically needed funds and support to over 20 no-kill animal shelters and animal rescues, across the country, that help to fight for the rights and fair treatment of those with no voice.