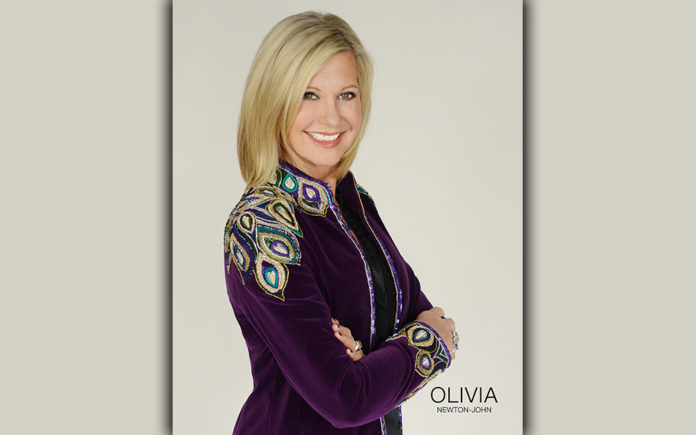 Olivia Newton-John’s appeal is timeless. With a career spanning more than five decades she is still a vibrant, creative individual adored by fans around the globe and she’s going to be bringing her incredible talents to the Special Events Center at Fantasy Springs Resort Casino on Friday, October 6, 2017.

Olivia’s U.S. album debut, Let Me Be There, produced her first top ten single of the same name, with Olivia being honored by the Academy Of Country Music as Most Promising Female Vocalist and a Grammy Award as Best Country Vocalist. This proved to be only the beginning of a very exciting career. With more than 100 million albums sold, Olivia’s successes include four Grammy Awards, numerous Country Music, American Music and People’s Choice Awards, ten #1 hits including “Physical,” which topped the charts for ten consecutive weeks, and over 15 top 10 singles. In September 2008, Billboard Magazine listed “Physical” at #6 on their list of Top 100 Songs Of All Time and in 2010 named it “The Sexiest Song of All Time”. She recently scored another #1 hit, this time on the Billboard Dance Club Songs chart with her daughter Chloe Lattanzi – becoming the first mother/daughter duo to top this chart.

In 1978, her co-starring role with John Travolta in Grease catapulted Olivia into super-stardom. This film’s best-selling soundtrack featured the duets “You’re The One That I Want” and “Summer Nights,” with Travolta, as well as her mega-hit, “Hopelessly Devoted To You.” To date Grease remains the most successful movie musical in history. Her other feature film credits include Xanadu, Two Of A Kind, It’s My Party, and Sordid Lives.

Throughout her career, the much-loved star has held many humanitarian and environmental causes close to her heart. Olivia served as Goodwill Ambassador to the United Nations Environment Programme, was the co-founder of Children’s Health Environmental Coalition (now Healthy Child, Healthy World) and, in 1992 she created National Tree Day in Australia, which is responsible for planting more than 10 million trees since its beginning. Most recently she co-founded One Tree Per Child, an international school initiative with the goal of having every child under the age of ten plant at least one tree.

In 1992, Olivia was diagnosed with breast cancer. Her personal triumph against cancer led her to announce her partnership with Austin Health and the creation of the Olivia Newton-John Cancer Wellness & Research Centre in her hometown of Melbourne, Australia. The Centre opened its doors in 2012 and provides a comprehensive range of services and facilities for cancer treatment, education, training and research as well as a dedicated wellness center.

Her latest recording, LIV ON, is a collaborative, inspiring new CD with friends Beth Nielsen Chapman and Amy Sky. The critically acclaimed CD is intended for those who wish to transcend loss while walking a journey toward newfound meaning and hope.

With Olivia’s current and ongoing projects and philanthropic endeavors, her worldwide popularity is as strong as ever and she’s looking forward to returning to Fantasy Springs Resort Casino in October.