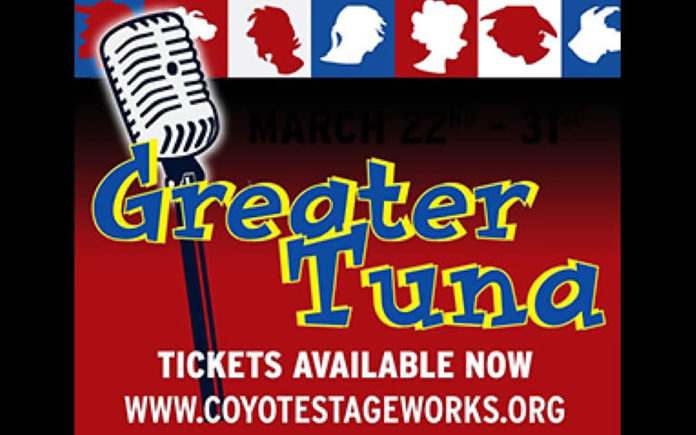 Coyote StageWorks’ Tenth Anniversary season will conclude with a production of “Greater Tuna” by Jaston Williams, Joe Sears, and Ed Howard. This popular comedy set in the fictional town of Tuna, Texas, the “third-smallest” town in the state. The wacky inhabitants of this town – men, women, children and animals – are all played by two skillful, transformative actors who must change parts at a rather breakneck speed and use inventive voicework. It is an affectionate comment on small-town, Southern life and attitudes but also a withering satire of  the same. Alan Denny and Chuck Yates will be the featured performers who will take on 22 roles, and the production will be directed by Larry Raben. “Greater Tuna” is the very first production Coyote StageWorks mounted ten years ago.