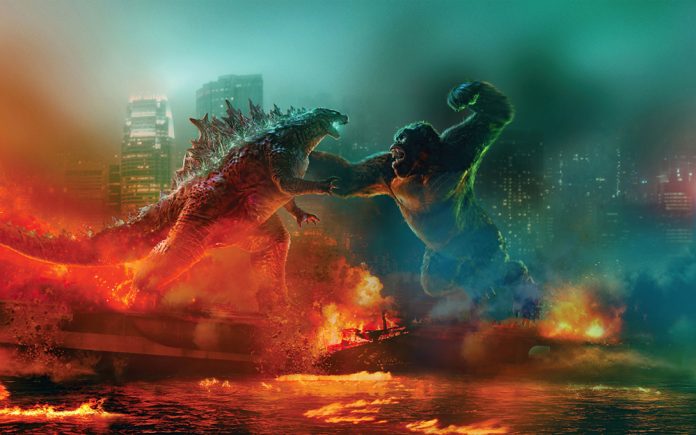 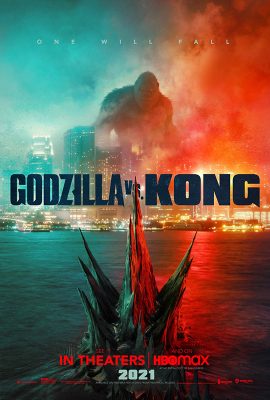 The fate of the world hangs in the balance when Kong and his protectors take a dangerous journey to find his true home.  With them is Jia (Kaylee Hottle), a young deaf orphan girl with whom Kong has formed a singular bond.

On their journey, they unexpectedly cross paths with enraged Godzilla, who is already cutting a swath of destruction across the planet.

The epic clash between the two titans that ensues–instigated by unseen forces–is the beginning of the mystery that lies deep in the core of the Earth.

Kong is the heart of this entertaining and fun film. And it’s his relationship with the young deaf girl that is central to the movie.  But no one is going to this film (it’s already making money in newly-opened theaters) for the admittedly pretentious and convoluted plot.

The draw is to experience the masterfully rendered, jaw-dropping clash of the legendary titans.  And yes, it is truly spectacular.

Recommended for what is. 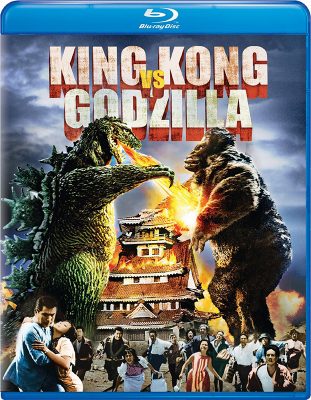 King Kong and Godzilla duke it out for the first time in this film that’s widely seen as a metaphor for 20th century U.S. –Japanese relations.  Kong was a symbol of America and Godzilla represented japan.

Their fighting was understood by many to be symbolic of the conflict of their two countries.

The best thing about this low-budget reboot of earlier Hollywood and Japanese horror films is the ineptitude of its obvious fakery.

Even so, this silly film was a big hit in its homeland, but for the U.S. market, most if not all of its lame satiric moments were cut and replaced with tiresome exposition that barely advanced the story – such as it was.

Ishiro Honda’s directing is nonexistent when anything happens apart from mass destruction.  But that’s just fine, since that is the movie’s raison d’etre.

Yes, it’s preposterously silly, but at the same time a wonderfully bizarre and amusing ride.

I especially liked the sequence on iconic and sacred Mount Fuji where the monsters play catch — or try to kill each other — with a boulder.  Make no mistake; this is a goofy comedy by design.  Toho Companys, RKO General.  Blu-ray.