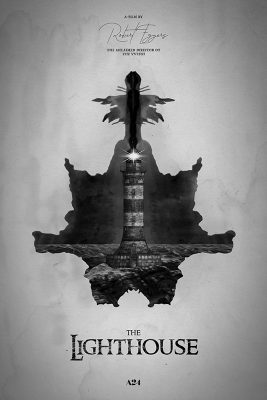 Inspired by a terrifying true story about two men trapped in an isolated lighthouse, surrounded by the deadly Irish sea.

Don’t miss this gripping, brilliantly crafted film that not only features a pair of powerhouse performances but further establishes Robert Eggers (“The Witch”) as a filmmaker of singular talent.

Set in the late nineteenth century on a remote and mysterious island off the New England coast, this visually striking black and white horror is about Ephriam Winslow and Thomas Wake, two eccentric lighthouse keepers trying to keep madness at bay while a raging storm slams their island station.

The film works mainly due to Willem Dafoe and Robert Pattinson’s incredible and utterly believable interaction upping the atmosphere of dread that washes over everything like a cold, penetrating fog. 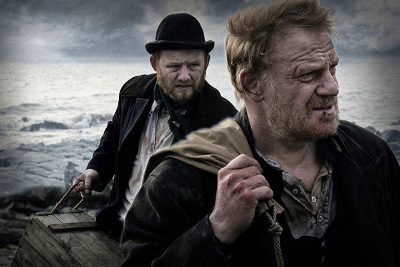 Is this film about a father and son, boss and employee or master and apprentice?  Or is it about the mystery of the lighthouse itself – a secret Thomas keeps to himself?  This fine film delights the eye and the mind.  A rare treat indeed.

Visceral, unsettling and creepy rather than outright frightening, director Eggars’ ambitious and artsy film does not dilute the fear, madness and claustrophobia that infuse every frame of this uncomfortable but satisfying film.  Like the greatest of films, the metaphors are memorable and ambiguous.  There’s a grotesque beauty to this enterprise that will linger long in the mind fade out and a final scene that is open to interpretation.  Recommended. 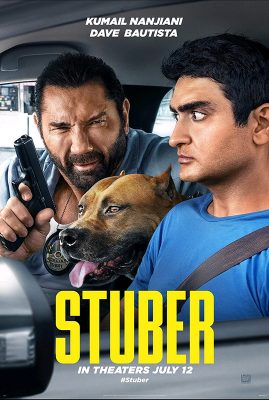 Kumail Nanjiani and Dave Bautista are nicely paired opposites in this surprisingly violent and sporadically funny but derivative mismatched buddy comedy about a mild-mannered Uber driver named Stu who is forced by Vic, a cop, to help him hunt down a ruthless killer.  All Stud wants is to stay alive, get laid and keep his five star rating.

Tripper Clancy’s screenplay is up to the moment as far as self-aware contemporary references are concerned.  Some of the witty repartee from Nanjiani’s character is especially apt when he offers helpful tips and suggestions for living in the modern world to his old school bad-ass passenger.

Director Michael Dowse has a nice feel for action and the absurd.  The preview audience I saw this with laughed regularly throughout.  It’s better than expected and worth a look. 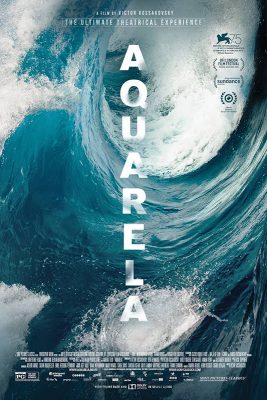 Take a deeply cinematic journey through the transformative beauty and raw power of water.  Filmed at 96 frames-per-second, this visceral wake-up call reminds that humans are no match for the sheer force and capricious will of Earth’s most precious element.  From the precarious frozen waters of Russia’s Lake Baikal to Miami in the throes of Hurricane Irma to Venezuela’s mighty Angel Falls, water is the main protagonist of Victor Kassakovsky’s fever dream of a movie about our planet’s fluid life force in all its glorious forms.  Sony Classics.