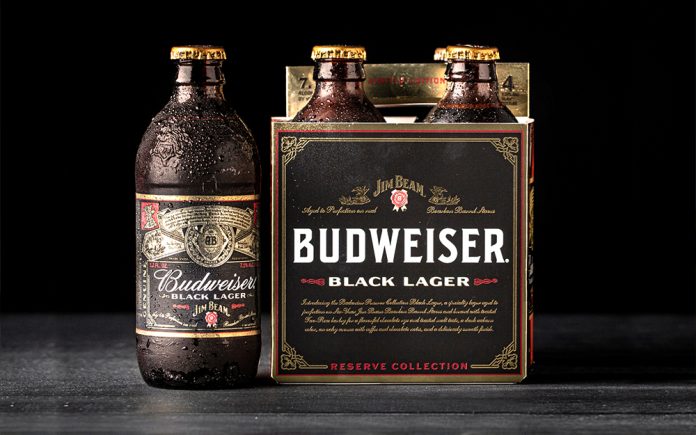 Since Anheuser-Busch’s purchase by international beverage conglomerate InBev in 2008, the megacorporation has done almost everything it could in the hostile-takeover handbook to eliminate its competition, villainizing itself greatly in the process. The 2009 documentary Beer Wars captured the battle that small, independent craft brewers like Stone, Yuengling, and Dogfish Head faced while trying to compete against the advertising and lobbyists of AB InBev and fellow brewing juggernaut MillerCoors. Craft beer firmly positioned itself as the small, rebel faction fighting against the evil empire, and in the minds of many craft beer drinkers, consuming anything with the Budweiser logo emblazoned on it should be considered an act of treason. In the decade since the release of Beer Wars, there have been seismic shifts in the way that both independent and corporate breweries create their product. In short, craft beer has begun to eat its own tail, and Budweiser has made a pretty damn good beer.

That’s’ right, I said it. While craft brewers were busy making fruit and lactose infused, hazy-brut, pastry stout IPAs made with pecan pies and fried chicken, AB InBev made a German style black lager that isn’t just good by big brewery standards, it’s good by any standard. Craft beer stalwarts were sure to flood beeradvocate and untapped, trashing the new black lager without admittedly even tasting it. One commenter wrote, “I’ll wager that the flavor profile is neither bold nor very bourbon forward. And at the risk of coming across as completely cynical, I would be curious to know just how many staves the beer was aged on. Two? Three? Four or Five? This is a pretty easy pass…”. With all respect, the guy who wrote that is a pretentious, gate keeping jackass, trying to get internet clout by shit talking an easy target. I purchased Budweiser’s new black lager and kept from judgement until I tried it, something that many people won’t do in this age of extreme partisan views. A shame more craft drinkers won’t do this, because the fact that AB InBev now has a delicious schwarzbier in their portfolio is more of a benefit than a threat to the craft beer industry.

Budweiser Reserve Black Lager was released earlier this month, and is the second collaboration between the brewing company, and whiskey makers Jim Beam. Craft brewers have been using the flavors of bourbon oak for over two decades now to bring complexity to beer, a technique not gone unnoticed by Budweiser. The company experimented with aging beer on bourbon oak staves on its first collaboration with Jim Beam, Budweiser Reserve Copper Lager, a decent, if unremarkable offering that was still light years better than anything else with the Anheuser-Busch logo on it. Now with its black lager, the company has seemingly perfected the techniques it started with the copper.

Coming in at 7.1% ABV the Black Lager actually pours a deep brown with ruby and garnet highlights, schwarzbier is never truly black the way a stout is. The nose has a slight twang alongside bready and crackery malt aromas, light cocoa and cooked sugar. It’s the taste of this beer that’s the star; redolent with caramel, toffee, and cocoa flavors, Black Lager marries the flavors of crystal and roasted malts with the complexity of bourbon and wood in the same subtle way that Firestone Walker’s DBA does. Gone is the off-putting signature aftertaste of Budweiser lager. If rice or corn are present in this recipe, they weren’t detectible. The pretentious comment made by a beeradvocate commenter about this beer probably not being bold or bourbon flavored is absolutely true, bold or bourbon forward flavors would ruin the balance achieved by this beer. This isn’t a high alcohol imperial stout, so shifting the flavor to be more booze or wood forward would be an exercise in gratuity, something craft beer is very guilty of in 2019. At a time when most small breweries are more interested in creating beers for Instagram likes than they are for winning awards, I can see Budweiser Black Lager winning medals at The Great American Beer Fest, among other renown competitions. This beer is well made, brewed to style, and doesn’t rely on any gimmicks to sell itself.

I appreciate this beer as a consumer, but even more as a brewer. Marrying balance and complexity is hard to achieve, especially when there seems to be a universal lack of appreciation when a mega brewery does something like this. The craft drinkers won’t want it because it carries the Anheuser-Busch name, and the light lager drinkers that make up most of Budweiser’s demographic might consider it TOO bold of a departure from the mild, saltine cracker flavors they expect to come from a beer. The audience that will find this beer will most likely be the small but persistent percentage of drinkers who start off as American lager drinkers and want to explore more avenues of flavor adjacent to what they’re already familiar with. The cynic in me says that this beer was designed to keep consumers paying for Budweiser product instead of losing them to craft beer like DBA or 805 from Firestone Walker, two excellently made beers that also easily appeal to the newly adventurous beer fans. But Budweiser has made cash grab “craft” beer before (Their Freedom Reserve red lager is a perfect example), and this isn’t it. This beer feels more like the brewmasters at Anheuser-Busch for once got to create a beer that they’re proud of and reflects their skill. The brewer in me appreciates that.

There’s no arguing the fact that craft beer has jumped the shark in trying to outdo each other with ridiculous and trendy concoctions that appeal to a generation raised on memes and social media hype.  While there are many excellent small breweries capable of making a wood aged shwarzbier even better than Budweiser’s, they’re not the ones making social media spectacles. The silver lining that comes from a beer like Budweiser Reserve Black Lager is that casual beer drinkers curious about craft now have a well-made, mainstream beer to prime their palates with. These drinkers will bypass the audacious hype beers that dominate the current craft scene and seek out the more refined and mature offerings from breweries like Firestone Walker. If Budweiser inadvertently helps craft beer to center itself, that is a win-win for everyone.