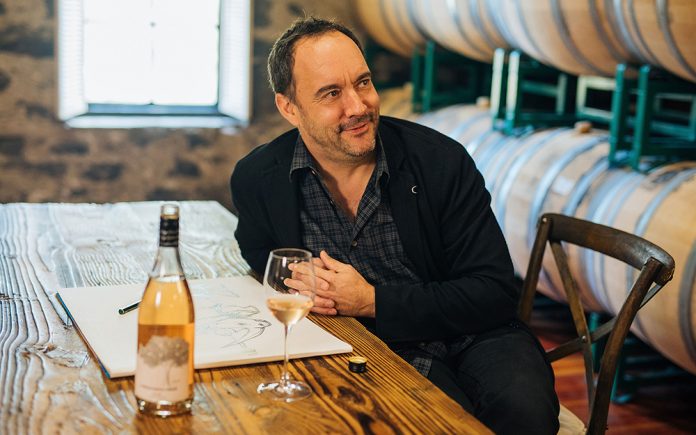 I’m always pleasantly reminded by many of you readers to the fact that the CV Weekly absolutely has the pulse of the valley’s music and entertainment scene.  I heartily agree; and, it’s not just a “valley” thing—it’s an “international” thing.

No doubt due in part to our Coachella/Stagecoach music extravaganza, I hear from folks all over the world who read this publication on-line, who email me, that I’m so fortunate to have a wine column included in such a musically inclined weekly magazine.  Ditto that!

So I’m musically inclined to offer again in this piece, that Dave Matthews is best known as the lead vocalist, songwriter, and guitarist for the Dave Matthews Band.  From humble beginnings invading 1990s MTV with its unlikely blend of “roots-adult-contemporary-mumble rock” to selling out stadiums, the band has stoked a generational presence. And besides his serious acting roles in TV and movies, he is seriously and humbly a wine producer.

In 2011, Matthews collaborated with wine makers Steve Reeder and Sean McKenzie in creating the Dreaming Tree Wines based in Sonoma County. And just like Dave and his band, does Dreaming Tree have its own fan base or what!  In 2013, his brand and wine were voted as the “best new wine out in the market”.

A couple of years ago, I attempted to get my “musical input” in this publication’s pre-Coachella/Stagecoach coverage edition, by way of a wine & music story featuring Dave Matthews.  Although he had indeed headlined that event a couple of years earlier, he wasn’t performing in 2017.  But how cool was that to bring attention to him as both a musician and winery owner in the rock/cultural news.

But as time and logistics would have it, my quest to interview those behind the scenes, going on a virtual tour with the guys up in Sonoma—along with tasting the portfolio wines by themselves and with various food pairings, the article finally made it out in this publication a couple months after Coachella!!  But no one complained except for complainers.

To date, many of you readers are well aware of the Dreaming Tree line-up, all of which retail under $15 and are nationally available.  Dave and his winemaking co-conspirators—as he refers to them—continually put together a “wine for the masses”.  “We’re not making wine to be put away in a wine cellar; rather, we’re making it to drink today!”

In the last couple of years, the portfolio has expanded to include Sauvignon Blanc, Pinot Noir, and the new Rosé.  Below are my notes of previous and current comments of the Dreaming Tree Wines: 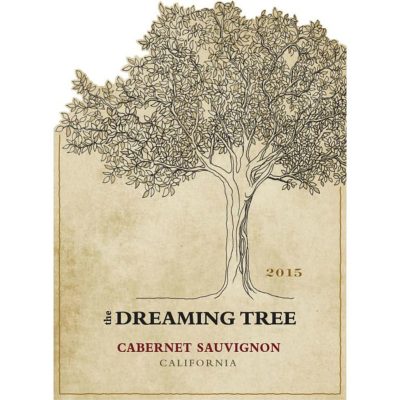 With their Chardonnay, they explored the Central Coast, finding the area to source grapes that simply sang strait-ahead stuff.  Back at the winery, Dave learned about the cooperage: the making and toasting of the oak barrels for the wine.  Like a mid-range tune, the group found a mid-toasting of the barrel that would give the Chardonnay the signature of Dreaming Tree.

When it came to learning about their process in producing the Cab Sauv and Red Blend aka, the Crush, guess who we ran into; none other than one of the most fortunate grape farmers in the Sonoma Valley, Tom Gore.  Indeed, that was the title of the piece I did a couple of years ago covering Tom Gore Wines (check out archives/cvweekly, July 22, 2015).

Dreaming Tree, sources from Tom and other growers in and around the Alexander Valley vineyards.  Absolutely on the same page with all the guys, Tom continually touts, “Great wines start in the vineyard and that’s what wine insiders have long known.”  Recently, we wine writers all remember the Cabernet Sauv won Silver Medal at the 2017 San Francisco Chronicle Wine Competition.

The current 2017 Dreaming Tree Cabernet Sauvignon shows aromas of eucalyptus, cigar box, cedar, forest floor, blackcurrant, and stewed red fruit which harmoniously translate into the palate.  For you folks who wish to serve a nice Cab for your easy dinner party, this is the deal at under $12.

The vibrant 2017 Dreaming Tree Pinot Noir shows cherries galore: red, Bing & dried sour cherries.  Present are also holiday baking spice and cloves, alongside oak and sandalwood with a fruit candy finish.  For yet another easy quaff, this could be on your Thanksgiving Dinner table.

The 2016 Dreaming Tree Crush, is a red blend and had been Matthews favorite wine for a while.  It’s definitely a wine for the thousands of you with a sweet tooth.  Not so complex as the Cab and Pinot, above, this shows roasted aromas and flavors of chocolate caramel bon-bons and butter roasted nuts.  For as dark a wine, it’s a light-to-medium body, smooth fruity red with touches of cranberry-cassis jam, ground nuts, and hint of spice with fine tannins.

We said that the Crush was Dave’s favorite; but it was his wife, Ashley Harper, who pleaded with Dave and Sean to produce the new 2018 Dreaming Tree Rosé.  Dave desires a happy home, so he now desires the pink. “I really do think that it is a remarkably good Rosé.  It’s light and crisp and it’s got a little bit of watermelon and strawberry—nectarine and citrus. It’s like a waking up wine, a get out of bed and drink wine. It’s so delicious.”  Ahhh…a happy ending!  Dreaming on with great vibes—Cheers!