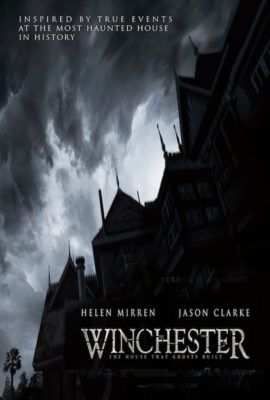 As a kid I loved reading those paperbacks that contained collected true (?) accounts of weird and bizarre events and places.  Among my favorite topics was the legendary Winchester mansion in the Bay Area.

I had no reason to believe that the heiress to the enormous Winchester rifle fortune was not stark-raving mad.  Her obsession with endless construction on the looming seven-story tall Victorian style estate seemed inexplicable and pointless.  I wondered if her strange behavior was a result of a mental disorder or something else – and far more sinister.  Was the mansion haunted or was she possessed? Is it really possible that the suffocating guilt of being rewarded for the enormous pain and suffering the Winchester repeating rifle caused could trigger such crazy behavior and the endless construction of a monument to madness??

Was Sarah Winchester, nicely played by Helen Mirren in the movie, just a deranged eccentric or was she really fighting demons?  For a long time I wondered why this fascinating subject was never the subject of a movie. 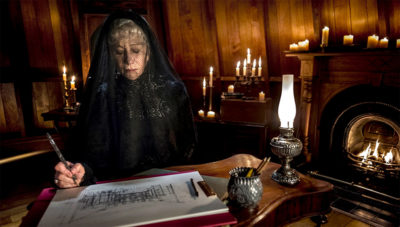 Now, thanks to filmmaking brothers Michael and Peter Spierig, maybe that question is answered (well, kinda) with a big dollop of unintentional irony.  The movie, like the house, has twists and turns that go nowhere.

While watching this film, all I could think about was the movie not made.  And that’s not a good thing.  I know it’s better to surrender to the movie on the screen than to let your imagination run an alternate version playing in your mind.  But what’s one to do when the movie itself is about the delusion playing in the main character’s head?

I was hoping to be really scared and at the same time to intellectually stimulated by the central mystery, themes and ideas.  Sadly, that was not the case with this rather tedious and derivative amalgam of bits from genre haunted house horror movies and the multitude of stories that preceded it.  This tepid wanna-be horror film with few real jolts and no sustained tension or dread is in actuality trying to cash in on the currency of gun violence as a national topic of conversation.  No message here, hidden or otherwise.   Caveat emptor.

BLADE OF THE IMMORTAL 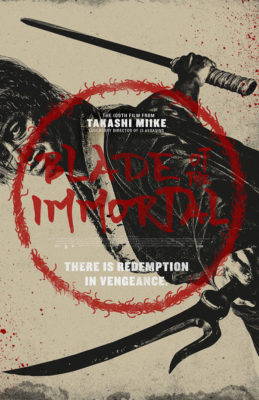 The 100th film Akashi Mike, the legendary director of “13 Assassins” is a sword-and-samurai epic that spans decades.

Manji, a highly skilled samurai, becomes cursed with immortality after a mythic battle.  Haunted by the brutal murder of his sister, Manji believes that only by fighting evil will he ever regain his soul, so he promises to help a young girl named Rin avenge her parents, who were killed by a group of master swordsmen led by the ruthless warrior Anotsu.  The mission will change Manji in ways he could never imagine.  Director Mike’s trademark fight choreography, on full display here in his centennial film, is a real treat for martial arts fans. 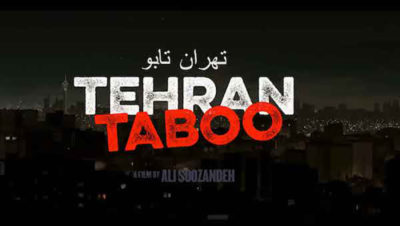 Ali Soozandeh’s TEHRAN TABOO is disturbing feature-length animated drama that juggles multiple stories to explore the sexual double-standard behind the hypocrisy of life in contemporary Iran.

Blending multiple narratives into a complex picture of contemporary life in Iran’s most populous city, TEHRAN TABOO follows a young woman in need of an operation to “restore” her virginity; a divorce judge (in the Islamic Revolutionary Court) who extorts favors from a prostitute; a pregnant woman desperate to work for a living so she may live independently; and young women (purportedly virgins) being sold to Dubai for large sums of money.

The result is a complicated portrait of a social order in which women are at the bottom rung of a ladder built on religion, the law, and plain old misogyny.

Living in exile in Germany since age 25, Iranian-born filmmaker Soozandeh cannily uses animation to solve the problem of not being able to film in Tehran.

And will open in the CV March 9.