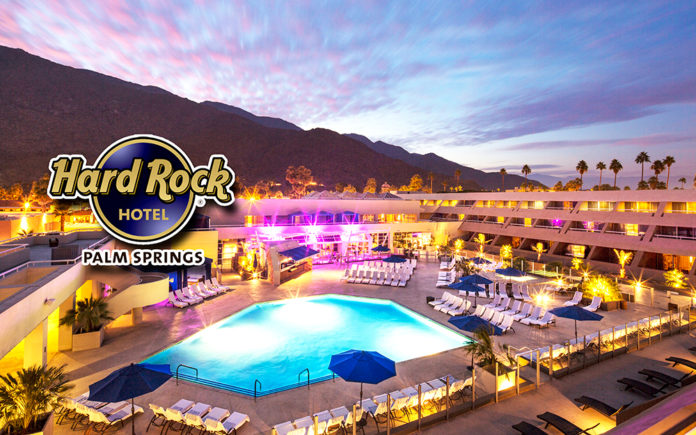 As many people are now aware, Hard Rock Hotel Palm Springs will no longer be Hard Rock as of this week. Many people have been reaching out to us asking if the CV Music Awards will still be held at that location on Sunday, June 3. The answer is yes. As of later this week the hotel name will revert back to Hotel Zoso, which is what it was called before it became Hard Rock. Our event will take place as planned.

Below is the official press release we received and that they are sending out.

“Due to circumstances outside of Hard Rock International’s control, Hard Rock has made the decision to remove the brand and cease management of Hard Rock Hotel Palm Springs. The brand looks forward to continuing to grow the hotel and casino business around the globe, as evidenced by the recent opening of Hard Rock Hotels in Shenzhen, Davos and Daytona Beach, and exciting hotel openings slated for Atlantic City, Guadalajara and Desaru Coast in the coming months.

Hard Rock International appreciates the service of all of Hard Rock Hotel Palm Springs employees; the hotel staff will be retained by the new management company.

Over the last few years, Hard Rock International has been shown tremendous support from the Palm Springs community and the brand could not be more grateful.”

The release goes on to state that the Hard Rock Hotel Palm Springs will cease to be a Hard Rock branded property on April 26, 2018 to become the Hotel Zoso. The Hotel Zoso will continue to operate as an upper upscale property, all outlets and services will be available (restaurant, bar, spa, in-room dining, valet, etc.). Most of the staff will remain the same.